After Donald Trump reigned in the White House, the United States managed to inflate the unprecedented hysteria around North Korea. Never has anyone attacked the DPRK, which itself was attacked by the United States, so skillfully turned into a source of absolute evil that it is not about anything else. The rhetoric coming from the White House creates a false illusion of the “unbreakable unity” of regional allies. first of all - Japan and South Korea.

In fact, nothing like this is in sight. Only in official reports of the White House do the Yankees try to depict the tender friendship between implacable enemies that hundreds (if not a thousand) of years have been Japanese and Koreans. And today, old grievances and scores are being strengthened by trade competition. Both states are too small, overpopulated and poor in resources - and they are forced to sell their products in a fairly narrow market. On which, after the "Chinese dragon", with its cheap consumer goods, competition and mutual discontent only intensified.

But even without China, there are so many problems between Seoul and Tokyo that there is no need to speak of any strategic partnership. Up to the end of the 80's - the beginning of the 90's, there were practically no areas (except sport), in which South Korea could compete with Japan. However, in the last quarter of a century, when rapid economic growth on the peninsula led to qualitative changes, Seoul not only felt self-confident, but also recalled Japan’s long-standing centuries-long resentment.

Since then, Japan has not ceased to apologize, and South Korea stubbornly declares that this is not enough, and Tokyo should take an example from Berlin. According to the principle of "pay and repent." The Japanese regularly apologize to the South Koreans during the occupation period. A few years ago, they even paid 8,9 million dollars in compensation. But, as Comrade Sukhov said: "The East is a delicate matter." Seoul regularly reports that apologies were made not in that form, not at the request and protocol of Seoul, but on the own initiative of one or another Japanese politician, at the wrong time and place. The most interesting summary of the next Japanese apologies is “not sincere enough”.

South Koreans selected victims of sexual violence during the Japanese occupation as another stumbling block. Interestingly, Seoul boldly assumed the rights not delegated by anyone to speak on behalf of and without instructions from the DPRK and China. South Koreans demand that the Japanese recognize that during the years of World War II, about 200 thousands of women were forcibly forced into sexual relations with the Japanese military. 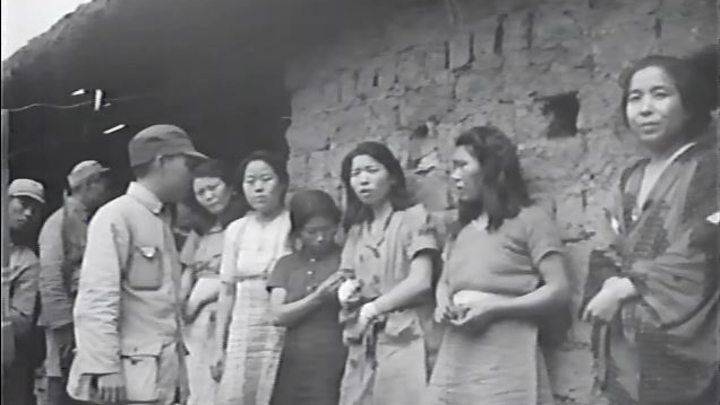 Historians believe that 200 thousand women worked in Japanese brothels. These were not only Korean women, but also Japanese, Filipina, Indonesian, as well as girls from Burma, Taiwan and other Pacific islands.

Admittedly, there is utter arrogance. It is clear that the figure itself was taken from the ceiling, and Seoul does not have a moral right to speak on behalf of the PRC and the DPRK, its political opponents. And the survivors of the alleged violence in South Korea itself are today counted in dozens.

The frivolity of these claims is clearly visible in the light of previously reached agreements. The premieres of the two states in December 2015 agreed to consider these claims settled. It was then that Japan transferred a billion yen (8,9 million dollars) to South Korea to the fund of assistance to victims of violence. At the same time, Tokyo once again made a formal apology for crimes against the inhabitants of Korea during the Second World War.

And despite all this, today South Korean President Moon Jae Ying again and again raises the issue of the sexual crimes of the Japanese military during the years of occupation of the peninsula. Speaking again on behalf of all Koreans, although the DPRK did not delegate any right to this.

Moreover, the President of the Republic of Kazakhstan created a special commission to verify the previously concluded agreement and declared that it was purely political in nature, did not take into account the interests of the victims of violence and the entire Korean people. As recently as January 9, the head of the South Korean Foreign Ministry, Kang Kyung, called on Tokyo to make an effort "to help victims of violence recover from their emotional wounds."

As everyone understands perfectly well, this is already an attempt to fan the fire out of the blue. The fact is that at the same time, Ms. Kang Kyung said that Seoul does not intend to terminate the agreement concluded in December 2015 unilaterally. The unique Asian logic is an agreement in force, but above it we demand more and more, making absurd demands.

"Victims of violence", "recover from wounds." Beautiful phrases for which undisguised mockery. It has been almost 73 year since the Red Army carried the Japanese invaders from the Korean Peninsula, thereby ending World War II. Even the youngest victims (rather - theoretically possible victims) today under 90 years or more. All that they can be comforted with is the apologies of Japanese officials and symbolic amounts of compensation. Japan did it a long time ago.

However, today 10 of January, the President of the Republic of Korea, Moon Jae Ying, again raised the topic of sexual slavery of ancient times, designating it as one of the main directions of his work in the coming 2018 year.
"The problem of sexual slavery in the Japanese imperial army will be resolved only if Japan brings sincere apologies",
said the president.

Surprisingly, he did not remember the crimes of the 731 Detachment - until 2013, it was their crimes that the South Koreans regularly substantiated their claims. 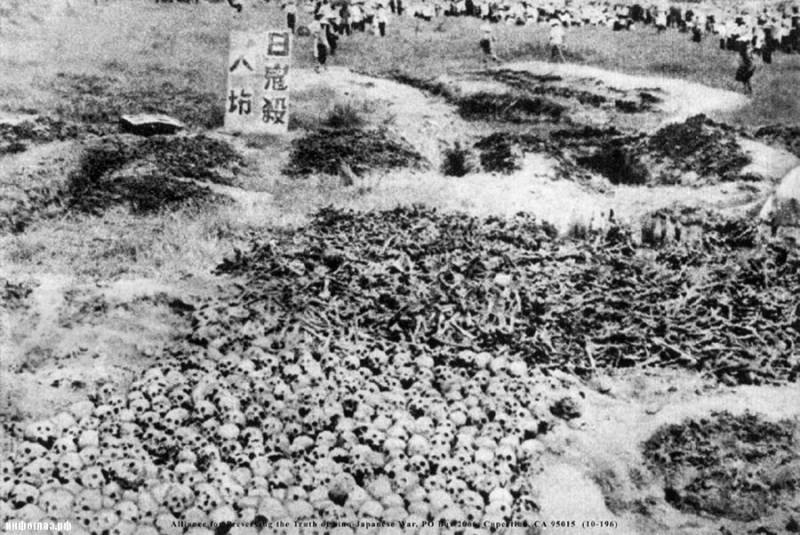 In fact, this approach of Seoul to relations with Tokyo suggests that South Korea intends to continue to take an aggressive attacking position in relations with Japan. And the problem is not to get another “sincere” apology from Tokyo or another 10 million dollars - Seoul wants to dominate the region. 75-year-old sexual slavery is another excuse to put pressure on Tokyo. And not the only one.

Similarly, the ROK does not cease to make claims of Tokyo in connection with the "aggressive policy". And the matter is not only in the war of sanctions, which does not subside between the two states, but also in territorial claims. RK controls the tiny Tokdo archipelago, consisting of several tiny islands with a total area of ​​0,188 sq. Km. If you put them all together, you get a square 300 on 600 meters with a tail.

What is important - the de facto Dokdo is controlled by the Koreans. And, nevertheless, it is South Koreans who make claims to the Japanese that in the White Paper on Defense approved by the Government of Japan, Tokto is called a Japanese island that belonged to the empire since 1905. So what? The Japanese mania refer to the results of the old war. They have a fad that can be understood and forgiven - that was the last real flowering of Japan, not tainted by the crimes of the Second World War.

In fact, the gaining strength of South Korea is clearly reluctant to seek a point of contact with Japan. On the contrary, and quite deliberately, anti-Japanese hysteria is being injected, absurd and petty accusations are being made, everything possible is being done to make life as difficult as possible for Japan.

When the World Service (Air Force) conducted a survey in 2014, it suddenly turned out that only 13 percent of Japanese are positive to South Korea. But negatively - 37 percent. Similarly (even worse), on the other hand, 15 percent of South Koreans are positive towards Japan, and 79 percent are negative.

And since then, relations have only worsened. US attempts to unite Japan and the Republic of Korea against the "common enemy" have actually failed. First of all, because Japan is aware of its own invulnerability - the amphibious assault force is unrealistic and is easily blocked by self-defense forces and the American aviationlocated at bases in Japan, and primitive North Korean missiles with any kind of warheads are actually easily destroyed today by existing air defense systems. DPRK would have had thousands of missiles - is another matter. And against several dozens, numerous air defense systems of Japan and local US forces are quite enough. Do not forget that Japan was the only one previously subjected to nuclear strikes. Today people live in the cities of Hiroshima and Nagasaki (and have been living for a long time) - even Fukushima did not frighten the Japanese fatalists.

As for South Korea, there is no one with whom to unite against the DPRK. The confrontation along the 38th parallel, lasting more than half a century, does not frighten or comfort. In Seoul, they are well aware that no allies and even preventive strikes will save the capital of the Republic of Kazakhstan - regardless of the ammunition used and the successes of the parties, the capital of the Republic of Kazakhstan will cease to exist, and a tiny state will be bombed by tens of thousands of ordinary barrel artillery and multiple launch rocket systems in the Stone Age. The remnants will still save their own armed forces, supported by American aviation and fleet - 38 parallel will remain in place and will separate two ruins of one country.

Hence the inevitable fatalism and unwillingness in favor of the interests of Americans to put up not just with a competitor, but with hated Japan. Admittedly, equally hated in both the PRC and the DPRK. Too sophisticated was the centuries-old presence of small, but very militant islanders on the continent.

Ctrl Enter
Noticed oshЫbku Highlight text and press. Ctrl + Enter
We are
Overseas ally? Donald Trump - US Presidential CandidateIs the Korean Peninsula on the brink of war?
28 comments
Information
Dear reader, to leave comments on the publication, you must to register.