January 10 2018
14
The US Navy will study the shock capabilities of unmanned boats. On the website of the Naval Institute of the US Navy appeared information that the division of Naval Sea Systems Command and the company Textron signed a contract to equip various types of weapons unmanned boats CUSV (Common Unmanned Surface Vehicle). 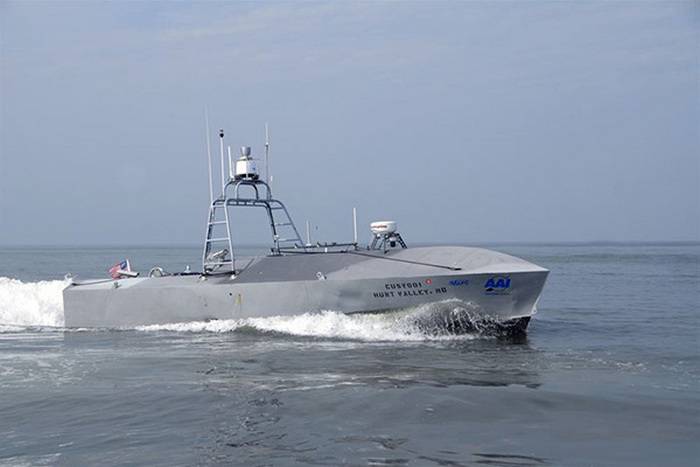 CUSV is essentially a modular payload bay and a flexible open architecture. Thanks to the successful design, we can easily change the purpose of the boat, equipping it with new equipment
- said Wayne Prender, head of the unmanned systems for Textron.

Surface combat drones are already actively used in Israel and Singapore, in addition, many countries around the world are creating and testing unmanned boats with various types of weapons. The US Navy also purchases CUSV-type unmanned boats for its coastal zone ships, but it was originally planned to use them as a “passive platform for mine action”.

Now the military command fleet The United States has decided to change the purpose of unmanned boats and plans to test them with missile, small arms and artillery weapons. CUSV type boats can potentially be equipped with AGM-114L Longbow Hellfire missiles, machine guns or high-speed small-caliber guns on a remotely controlled combat module, as well as a target designation system, reports "Warspot"