The arctic all-terrain vehicle entered service with the Northern Fleet.

January 10 2018
12
Adopt a separate motorized rifle brigade of the North fleet GAZ-3344-20 Aleut, a two-link caterpillar floating snow and swamp terrain vehicle of high passability, was received. The machines were tested in arctic conditions and were finalized by the supplier enterprise, taking into account the recommendations for operation in this climate zone, the press service of the Northern Fleet.


The GAZ-3344-20 “Aleut” all-terrain vehicle is made according to a modular scheme: the front link is an energy module in which 5 people can be transported, including the driver, the rear link is a transformable passenger module with a 15 capacity that can be easily converted into a sleeping, medical unit or command post, its payload is 2500 kg. 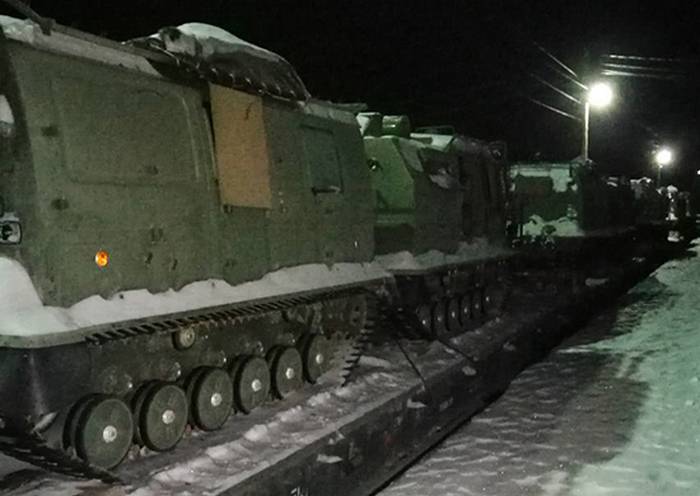 The GAZ-3344-20 Aleut has a well-proven diesel engine manufactured by the Yaroslavl Automobile Plant, an automatic gearbox and simple controls like a truck.

Operating temperature ranges from minus to plus 50 degrees Celsius. GAZ-3344-20 "Aleut" is able to overcome water obstacles, movement afloat is carried out using a tracked propulsion unit. The machine is equipped with engine and fuel preheater, equipped with interior heating system.

The system of forced folding of links in the vertical plane expands the capabilities of the all-terrain vehicle while overcoming various obstacles. Angle of climb to 35 degrees.

The snow and swamp vehicles that entered service will soon be run-in at one of the ranges of a separate motorized rifle brigade in the Murmansk region
- added to the press service.

Ctrl Enter
Noticed oshЫbku Highlight text and press. Ctrl + Enter
We are
Multipurpose all-terrain vehicle "Krechet"All-terrain vehicle "Arctic" is put into service with the Russian army
12 comments
Information
Dear reader, to leave comments on the publication, you must to register.