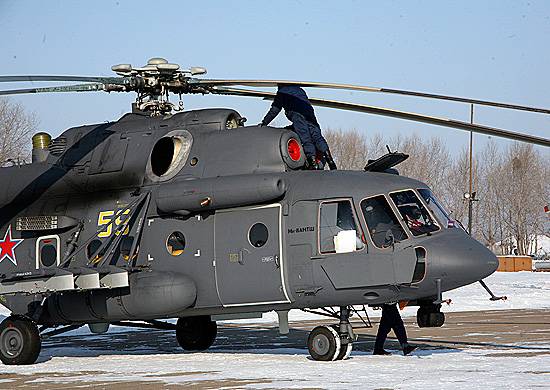 Crews made a flight from the Ulan-Ude Aviation Plant to the place of permanent deployment. In total, helicopters flew more than 2 thousands of kilometers long,
says the release of the Eastern District.

Soon the crews of the helicopters will start the planned combat training.

The press service recalled that "Mi-8AMTSH helicopters are designed to transport personnel, cargo inside the cabin and on the external load, they can also be used to carry out rescue operations, carry various weapons."

Ctrl Enter
Noticed oshЫbku Highlight text and press. Ctrl + Enter
We are
Mi-8AMTSH-VA helicopter will be exported
9 comments
Information
Dear reader, to leave comments on the publication, you must to register.