It is better to trade with Russia than to fight 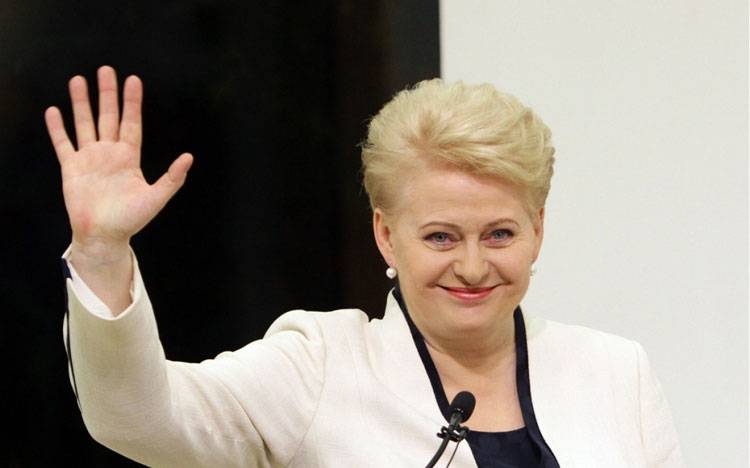 ... unexpectedly for all, Lithuanian President Dalia Grybauskaite said, assessing the future of Russian-Lithuanian relations. And thus caused the widest resonance in the media, which immediately alerted its audience about the "change of orientation" of Lithuania in its perception of Russia. But is it really? Were the media in no hurry to make conclusions, after all, let me remind you, it’s about Lithuania - the republic that criticizes Russia the most consistently and harshly of all the Baltic countries. Or, perhaps, the journalists have forgotten how the same Grybauskaite called Russia "the fiend of hell" and the "terrorist state"?

As for me, this is not a change of orientation, but only a slight change in rhetoric to please, but rather under the pressure of the recent economic changes in the region (and in the world as a whole). In fact, all the recent statements by Ms. Grybauskaite can be generally described as extremely pragmatic. This is a kind of attempt to win back, to try to catch up at the times when political considerations took over economic gain. For example, from the first Nord Stream, Vilnius, unlike those who supported its construction at that time, does not receive a cent. It also does not have any income from oil and gas transit, because at one time, again, for political reasons, he repeatedly refused to lay a "pipe" over its territory.

It is good that the economy of Lithuania is still supported from the European treasury, but it will not continue forever. In fact, today we can talk about light at the end of the tunnel: very soon Europe will no longer feed the Baltic States, and then ... But should we wait for this “then”, they thought in Vilnius and ... stopped noticing the “harmful” component of the Nord Stream- 2 ". In particular, during the recent meeting of the Prime Ministers of Latvia, Lithuania and Estonia in Tallinn, a statement was made that the project "if implemented, must fully comply with EU laws and the principles of the Energy Union". And yet, no mention of the threat to the security of Europe, on which Vilnius had always insisted.

I repeat, in my opinion, this is only about the realization of the obvious, about the awakened feeling and instinct of self-preservation before a quite possible future economic catastrophe, no change of course towards Russia here and does not smell. After all, Mrs. Lithuanian President especially focuses on the conditions under which cooperation between Vilnius and Moscow is possible, and this is attention, Russia's refusal from the “occupied” territories, which Lithuania considers Crimea and South Ossetia, to stop bribing politicians and interfering with elections in other countries, refusing to force their own interests.

Is this a real requirement ?! No, of course, that’s why all the talk about a "turnaround" towards Russia is at least premature. At best, we can talk about some signals that indicate the possibility of dialogue in the future. Vilnius understands perfectly well that Russia can safely do without Lithuania and the Baltics as a whole, whereas the latter is unlikely without economic cooperation with the Russian Federation. The question is how to combine one with the other and not lose face. I believe that all of the above is some such attempt to find a way out. And I would also consider the recent demarcation of the Russian-Lithuanian border in the same context.

Ctrl Enter
Noticed oshЫbku Highlight text and press. Ctrl + Enter
We are
A great interview with Sergey Lavrov: about Ukraine, Obama and IranWhat you didn't want to know about England
45 comments
Information
Dear reader, to leave comments on the publication, you must to register.