Europe will rely on its nuclear forces

January 10 2018
33
What will happen to the security of Europe when the Americans leave Europe? The Old World will have its only support: its own nuclear forces. About this tells the publication “Bulletin of the Atomic Scientists”. 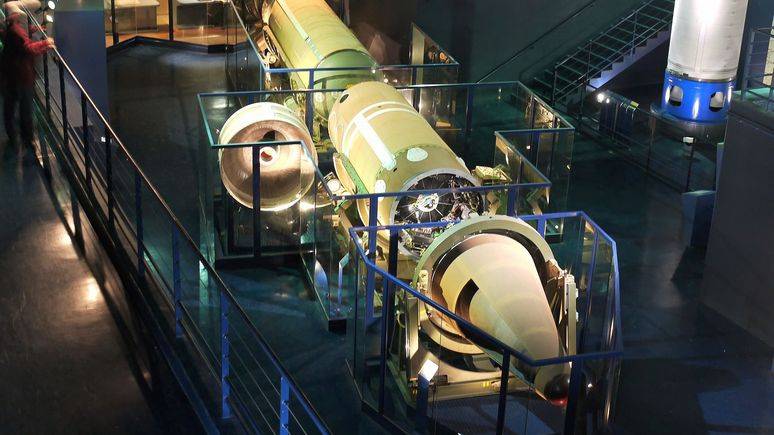 The US still provides security for Europe, but this will not last forever: European states will have to think about the times when the transatlantic hegemon will stop supporting them. On this subject argues Felix Wimmer in "Bulletin of the Atomic Scientists".

There are several options for Europe, but the defense support is one: you will have to rely on your own nuclear forces, the author quotes the site "InoTV".

For the first time since 1945, Europeans will probably have to defend the territory themselves, without the Americans. Rely on American assistance is not necessary.

From whom to defend? As the author believes, a growing threat to European security is Russia's policy.

Experts are unanimous: President Putin is trying to show the world that Russia is a great power. Putin does not intend to stop, the analyst believes. The Kremlin’s strategy perceives Western states to be "weak." According to Putin (as Wimmer sees him), the Russian nuclear arsenal ensures that the West will not interfere in the affairs of Russia.

Meanwhile, the Americans seem to no longer want to be friends with Europe and leave it. The Americans withdrew from European countries almost all of their nuclear weapon: there are only about 150 warheads left (and there were more 7 thousands).

But these remaining warheads, which are currently in different countries, could increase the number of NATO member countries that have a de-facto nuclear potential to seven, if they are in military need.

President Trump openly opposes the multipolar formats in the world, which also shows Putin the weakness of the West. If the US really curtails European support, the Old World will have to choose one of three options for defense:

1. Means of deterrence that will remain after the departure of the Americans, namely the nuclear weapons of France and the UK.

2. Nuclear-free Germany will not like this situation. And Germany can start its own nuclear program. On the other hand, today the majority of Germans are against such a program. In addition, it would violate the two largest international treaties.

3. Compromise: French and British nuclear warheads should replace the American bombs currently in Europe. They will be enough to protect Germany. In numerical terms, this is, of course, less than that of Putin, but France has systems for restraint. This option is a priority for many EU states today, the author of the article is sure. This option of defense will provide Europe with independence from the United States and will enable France to become a European leader.

It is difficult to predict anything in this direction, we note, however, in the aforementioned Germany, they are already probing for a plan of defense strategy that would allow them to manage on their own and not violate a single international treaty. Violation of such treaties would lead to a general nuclear arms race, which is unacceptable for either Germany or Europe.

In addition, it is premature to talk about the US withdrawal from the European continent: on the contrary, the number of soldiers and equipment imported from American land has increased there. And there is one reason for building up forces: the notorious “Russian threat”.

Finally, Trump is the militarist president. He made a bet on the arms race, including nuclear, and therefore it is not necessary to wait for the reduction of military forces during his rule.

Ctrl Enter
Noticed oshЫbku Highlight text and press. Ctrl + Enter
We are
This terrible date - December 21
33 comments
Information
Dear reader, to leave comments on the publication, you must to register.