The Club of the Homeless War 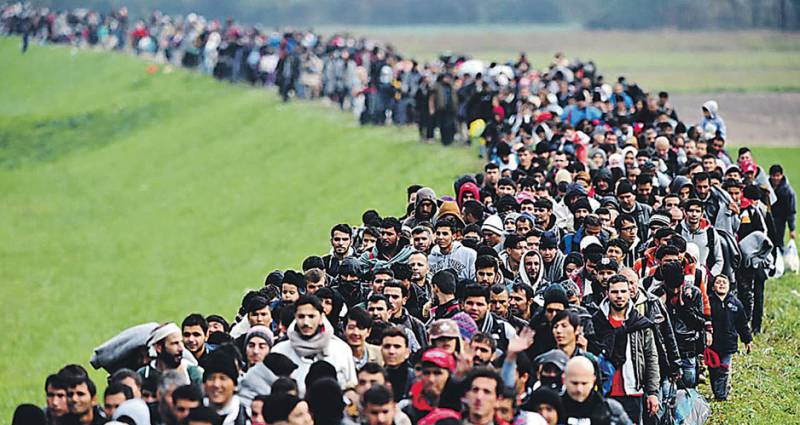 The capitalist elite, extending its system to the whole world, has an advantage in the means of both attack and defense against it, since its globally expansive nature enables it to maintain its dominant status (“Without the right to coexist”). And any nationally-oriented government in Russia will need to solve the task of countering this expansion in the conditions of inevitable confrontation with the West.

There is no doubt that defense alone is not enough; attack means are also required to defeat the West and its core. The question of what should be weapon and the methods of war are very extensive, so we will consider only one of the possibilities.

The main thing is the understanding of the need to destroy the transatlantic link America - Europe. A significant part of the latter is de facto under the occupation of the United States and their TNCs. Militarily, this is a network of American bases throughout the Old World, in economic terms, the lion’s share of the largest European companies’s shares belong to American “elder brothers”, in geo-cultural one, to impose the ideology of ultra-liberalism and its pseudo-values ​​... And political influence is indisputable. It is logical to strike at once in several directions, one of which would be the weakening of Washington's vassals in Europe. The means to achieve the goal is to change its ethnic composition, which in turn is a manifestation of the reverse side of globalization and parallel destabilization of the Middle East and the Maghreb.

We are talking about migration, which has become almost a key problem for Europe. In 2015, there was a sharp influx of refugees from conflict zones, the analysis of this phenomenon indicates its projectivity, but not the spontaneity. In fact, we are talking about social engineering of the new level, which used one part of the global capitalist elite against the other, turning the enemy's weapon against him. The forces that opposed the creation of the Transatlantic Trade and Investment Partnership (TATIP) and sought to secede the UK from the EU took place.

It should be noted that the crisis in the EU was not connected with the number of migrants as such, but with the intensity of their flow, when the relevant services simply could not cope with human pressure. If this factor is activated by the Western system for internal fights, it would be the height of short-sightedness not to try to use it already in the interests of Russia. If you influence the intensity of resettlement in key EU countries, you can simulate such an ethno-religious composition, which will lead to irreversible destructive consequences for European societies. The term “migration weapon” already exists, which means a mass exodus of refugees from a region where artificially created conditions that threaten the life of the local population. The human flow is controlled in a controlled manner to specific countries in order to exert on their governments and societies political, socio-cultural, economic and psychological impact. As a result, we obtain a weapon of tremendous destructive power, and a very effective one. In 2015 – 2016, only Germany allocated 20 billion euros for migrants. These costs are borne by ordinary German taxpayers and will not be compensated in the future.

The idea that migrants become cheap labor is erroneous, so that the costs of them will be covered with salary savings for the local population, whose labor costs significantly more. Not for work for pennies, they rush to the EU countries, but for the sake of social benefits and other advantages. And the goal is achieved at the cost of a significant infringement of the rights of the local population, turning into second-rate people. This process is partly a consequence of rampant liberalism, which was imposed on countries by supranational elites for the demolition of their sovereignty, due to traditional values, culture and way of life. For loosening scrap, alien pseudo-values ​​such as same-sex marriages, multiculturalism, total pseudo-freedom from any moral norms were introduced.

In neoliberalism, everything that supposedly limits a person is subject to obstruction and eradication, including sovereignty, with the help of which the apologists of globalization destroy borders. Naturally, this has nothing to do with freedom, if only because globalization is carried out in the interests of the elites who lead the process. It should be noted that the overwhelming majority of social destruction technologies have a common feature: the imposition of the opinion of an aggressive minority on the majority. In this sense, Western neoliberal globalism is pure totalitarianism. The same is with migrants - influence on countries is carried out through the introduction of isolated, incapable of socio-cultural diffusion of ethno-religious elements. At the same time, the local elite and the ordinary population are unable to resist strangers, since they are more united, younger, more aggressive, confident in their cultural andhistorical right. Who do migrants see when they arrive in Europe? Aging, degrading average burghers, not ready to protect themselves and their families, trapped in globalization, joyfully extending their rights to outsiders, without equalizing those in responsibilities. As a result, migrants, even being in the minority, dictate their will to a degrading European majority.

How to contribute to an even greater influx of migrants to the EU countries in order to weaken it? For this, a nationally-oriented government can, under any plausible excuse, for example, fighting terrorism, use the opportunities that have opened up in Africa and through dismantled Libya to intensify the flow of migrants to EU countries, thereby provoking social conflicts and ethnoreligious hostility, economic decline, deterioration of the crime situation there . At the same time, it is possible to inflict demographic damage to the indigenous population of Europe and provoke a crisis within the white majority parties, unable to curb the situation, inspire conflict between the old and new political forces representing the interests of an increasing number of migrants. There is no doubt that as soon as the latter make up about a quarter of the population of the EU countries, an inevitable imbalance will arise in society. At one time, Yasser Arafat loved to say: "Our atomic bomb is the womb of an Arab woman." If this weapon is used in the interests of Russia, it is possible to destroy Europe once and for all, which means weakening the Anglo-American core of the capitalist system and the very transatlantic link on which it relies to a significant degree.

This is not the only way to crush the collective West, but extremely attractive from the point of view of the final result. It is noteworthy that in this situation any of the ways of Russia is beneficial. To avoid a final historical catastrophe, Europe will need to radically change the vector of development, but this will have to abandon globalization, create a neo-fascist regime, regain sovereignty, which automatically means a split. Such an outcome is unlikely, but if it does, the West will be disintegrated and, therefore, weakened. If the degradation of Europe and the change in its ethno-religious composition continue, it is in our interest to accelerate this process so that it shrinks from decades to years.

Ctrl Enter
Noticed oshЫbku Highlight text and press. Ctrl + Enter
We are
The world we leave, the world we enter, and the world between themWhy Rosneft buys TNK-BP
35 comments
Information
Dear reader, to leave comments on the publication, you must to register.