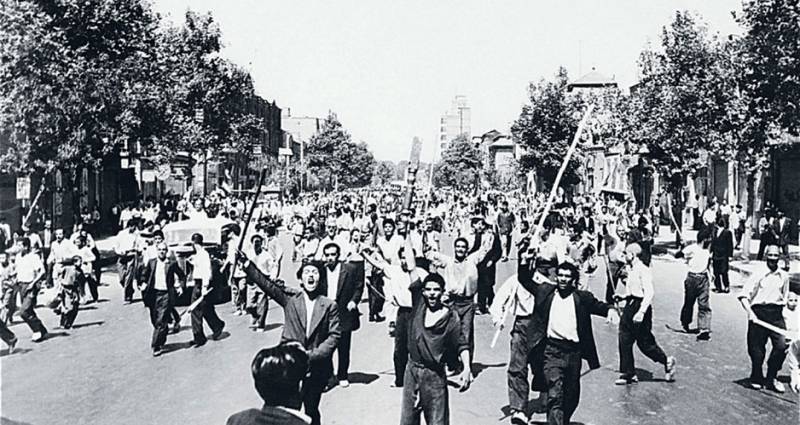 In 1953, Washington and Britain overthrew the democratically elected government of Mohammad Mossadeq and seated the dictator to rule Iran to their advantage. In recently declassified documents, the CIA recognized its role in those events. The scheme of overthrow is always the same. Washington hires protesters, then brings violence, controls how it will be explained, and then dumps the government.

Throughout the time after the Iranian revolution, which overthrew the dictator in 1979, Washington tried to regain control of the country. In 2009, he financed the Green Revolution, which was an attempt to overthrow the Ahmadinejad government.

And today, Washington is again acting against the people of Iran. It is hard to believe that any Iranian who saw what the protests organized by Washington did for Honduras, Libya, Syria, Ukraine and are trying to arrange today in Venezuela, could with honest intentions take to the streets against his government. These protesters are completely stupid? Or were they hired to commit treason against their own country?

Why does Iran allow paid foreign “operators” to try to destabilize the government as it happened in Ukraine or is happening in Venezuela today? Are these governments so brainwashed that they believe that democracy means allowing foreign agents to attempt to overthrow the legitimate authorities? Are the latter so intimidated by the Western presstitutes that it becomes terrible for them to defend themselves against provocateurs paid from abroad?

Having achieved success in fomenting violent protests in Iran, Washington intends to use the session of the UN Security Council to create a basis for further intervention. The provoked violence was turned into a “human rights issue” and turned it against Iran. Can it all get away with Washington?

The fate of the Islamic Republic depends on Russia and China. If Washington succeeds in destabilizing Iran, then Russia and China will be in line. Moscow seems to understand this. Deputy Foreign Minister Sergei Ryabkov said: "Russia warns the United States against interfering in the internal affairs of Iran."

The leader of Turkey joined Russia, saying: "Obviously, some people abroad are provoking the situation."

This is obvious to everyone except the Americans, who lie and "their" authorities, and presstitute lie factories, such as CNN, The New York Times, Washington Post, BBC.

Trump and Haley belong to the type of screamers who are likely to destroy the power and influence of Washington around the world. They all take notes, admit that they give bribes to foreign leaders, and come up with insane threats. If it does not wake up the rest of the world, nothing will wake it up.

Ctrl Enter
Noticed oshЫbku Highlight text and press. Ctrl + Enter
We are
About Stalin and KhrushchevWhat you didn't want to know about England
2 comments
Information
Dear reader, to leave comments on the publication, you must to register.