Gazprom absorbs gas market in Europe and slaps US 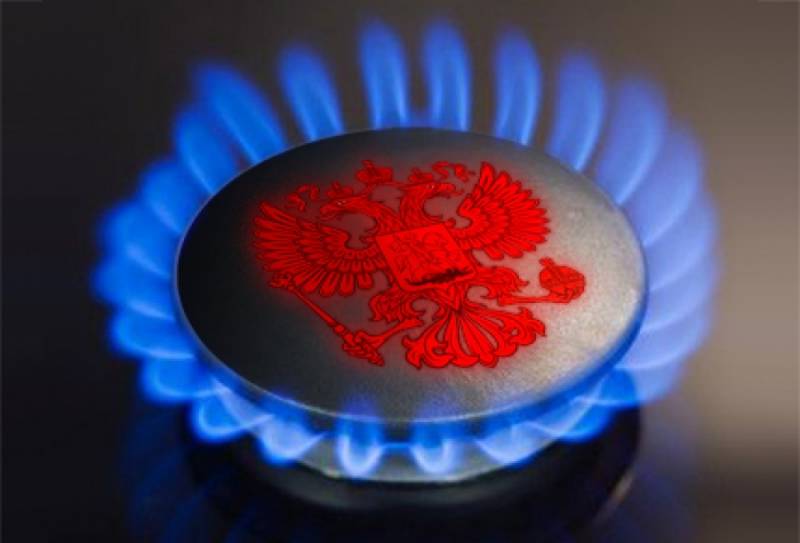 Full fiasco. That is how it can be commented on for Europe the results of its more than a decade struggle against the “domination” of Gazprom. 36% of the gas market of the continent at the end of the year 2017 left for Russia.

When this struggle was just beginning in 2005, this figure was only 21%. Russia suffered a no less offensive defeat on the gas lists in the first days of 2018, to its main opponent, the United States. A year ago, the Americans talked about their ambitious plans to conquer the gas market in Europe, and today Russian gas saves the inhabitants of their eastern coast from freezing.

The capitulation of the gas market in Europe

In 2017, Russia once again increased its gas exports to Europe and set another record. 193,9 billion cubic meters, which is 14,6 billion cubic meters, or 8,1% higher than the record of the already record year 2016. At the same time, the currency earnings from the export of the Russian gas monopolist increased by more than 20% over the past year and will total more than 35 billion dollars. And even last year it did not reach the record 38 billion dollars, but next year, 2018, Gazprom has every reason to expect that this last record bar from the pre-crisis period will be taken by it.

To understand the importance of what happened, we must at least briefly recall the main zigzags of the European gas war. Two Maidan in Ukraine, attempts to stretch several alternative Russian gas pipes, the war in Syria and North Africa. These are all the battles of that war.

Yes, that's it. Only when it came to power, the third president of Ukraine, Viktor Yushchenko, organized the first gas war with Russia, which, due to a “strange” coincidence, coincided with the beginning of the EU struggle against the Russian gas monopoly.

Then there was the “Arab Spring”. The redistribution of gas flows from North Africa and the Gulf countries was one of the main tasks of the beginning of a major war in the Middle East. As we remember, Qatar became one of the main sponsors of terrorism in Syria, who, as if quite by chance at this particular time, decided to stretch his first big gas pipe through Saudi Arabia to the Mediterranean Sea. But he could not, since the terrorists sponsored by him lost their war in the Syrian desert and thus buried the great plans for the redistribution of the gas market in Europe.

Moreover, Qatar was forced to bow to Russia and now fully coordinates with it the development of even its LNG projects. 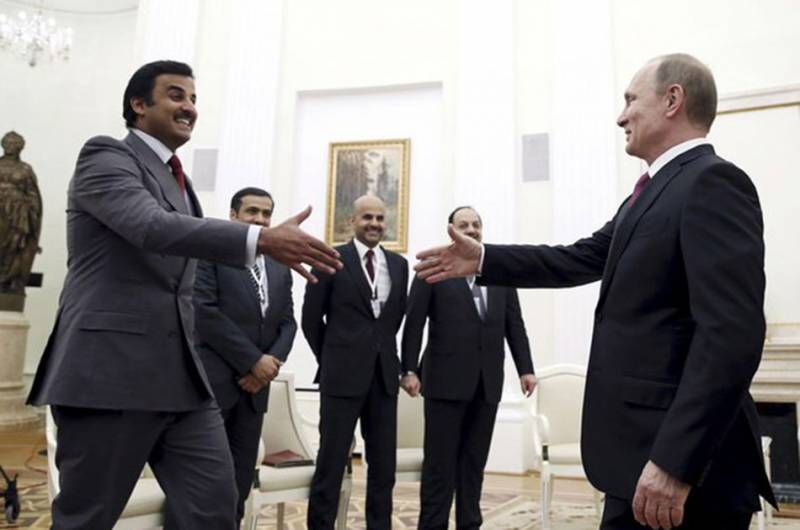 Meanwhile, the 2014-17 years were the turning points in the gas war in the east of Europe. The stubbornness of Europeans against the background of the insanity unfolding in Ukraine was broken, and now European countries have not only practically stopped preventing Moscow from building new gas bypass pipelines, but have themselves begun to actively participate in them.

And the Ukrainian pipe from the main one is transferred to the discharge category.

What did they have to do if the prospects for the growth of gas supplies from North Africa did not materialize, Qatar capitulated, and the big gas from the US did not come? And it may not come, because recent events show that the Americans are far from getting along with the realization of their ambitious plans. Smooth they had on paper and language. But they forgot to coordinate their plans with the plans of the "heavenly" office and the plans of Moscow. And as time has shown, it was these two agreements that were necessary.

There is reason to believe that the so-called LNG gas from America will in many ways physically come from the terminal in the Russian port of Sabetta. 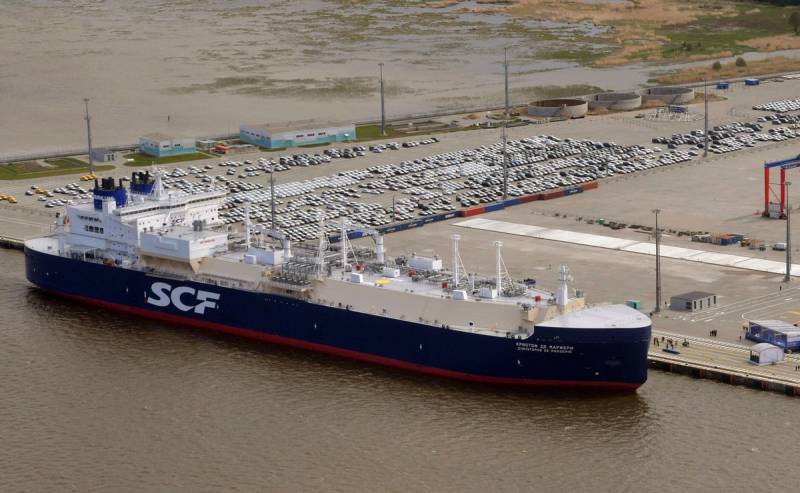 No, on paper it can be even Panamanian, and it will be loaded in the Russian Arctic. These are the laws of the market, and also the result of a sharp cooling in the North American continent, which continues for the third season in a row. This not only makes Americans feel uncomfortable in their homes today, but also forces businessmen (and politicians) to reconsider plans already announced for exporting American gas abroad. After all, first of all, the US president should supply his voters with gas, and not capricious Europeans. And with this today, official Washington has big problems. 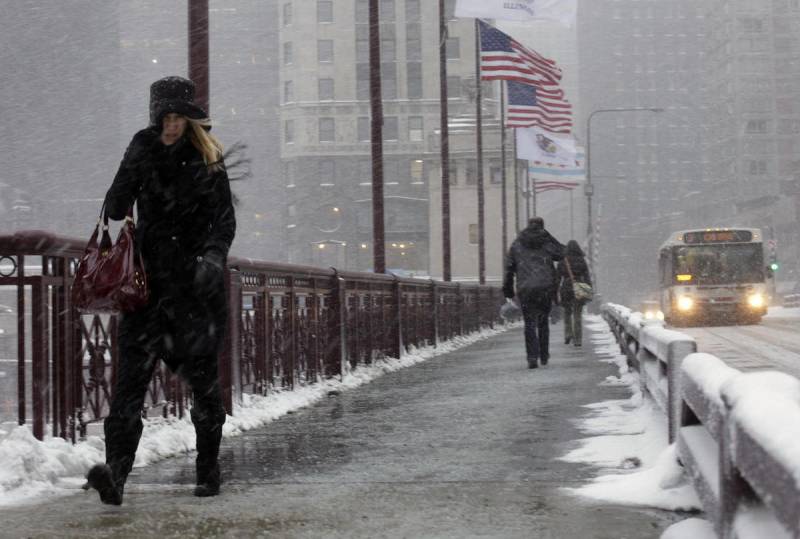 The fact is that the main shale gas fields in the United States do not have sufficient buffer, that is, a significant number of underground gas storage facilities, where it would be possible to pump gas in the summer and from where it could be pumped out in winter. This makes American gas supplies not only unstable, but also seasonal. Moreover, Americans are forced to sell their gas in the summer, when the spot prices for it are minimal, and to buy in the winter, when they reach peak values.

For example, in early January 2018, the spot price for gas at the New York site reached 6 300 thousand dollars for 1000 cubes. That is, 50-60 times higher than the usual summer prices in the US and 30 times higher than the average in the European market today. Moreover, this picture is repeated every time the cold weather comes to the USA, and this has already become a “good” tradition.

But, as we understand, for American politicians monetary losses are not the most important. Their entire global suffocation scheme for Russia is crumbling. Europe is now accurately review their long-term plans and is clearly not in favor of the United States. For the European continent, which very quickly loses its own resources, the question of the stability of imports becomes a matter of survival.

In Norway today there is stagnation, and the Netherlands, following Great Britain, sharply reduces gas production.

That is why I understand why the leadership of Gazprom today is confident that at least until 2025, it will control all the same 35% of the European gas market. And then, maybe even more, since Norway, following its neighbors in the North Sea, very soon, too, will sharply reduce gas production, and there will be nothing for Europeans to replace it with internal resources.

Ctrl Enter
Noticed oshЫbku Highlight text and press. Ctrl + Enter
We are
Oil and gas remained only in Russia. The rest of the world smokes nervously on the sidelinesRussia firmly occupies a place in the global arms market 2 and will maintain its position in the foreseeable future.
142 comments
Information
Dear reader, to leave comments on the publication, you must to register.