Who is behind the attack on the Hmeimim airbase 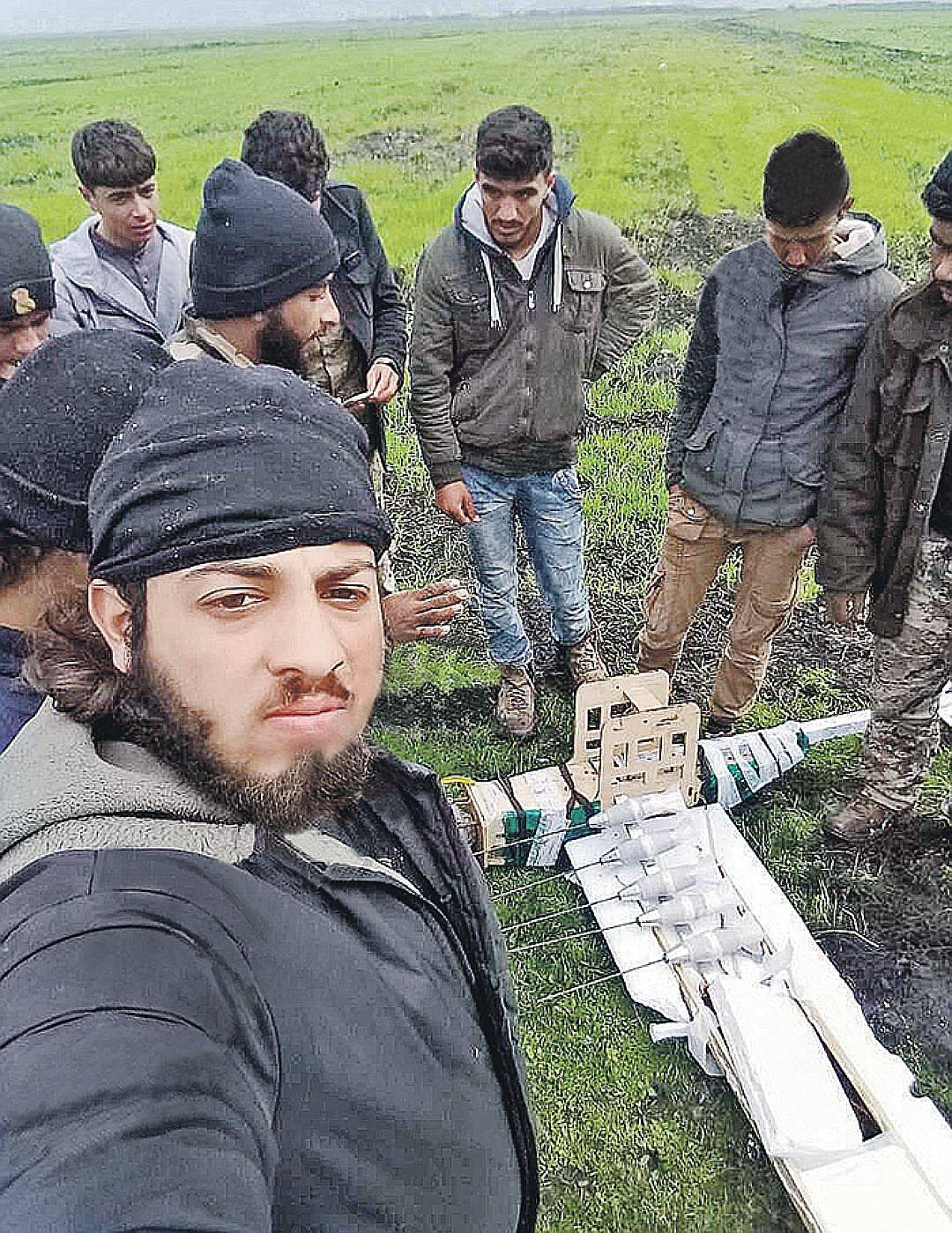 Who are the performers and organizers of the failed attack against Russian military bases in Syria?

The night from 5 to 6 in January on the Syrian coast was restless. At the same time, 13 unmanned aerial vehicles, launched by militants at a distance of more than 50 km, tried to attack Russian military personnel. Ten of them were aimed at the very heart of the grouping of the Armed Forces of Russia in Syria - Hmeymim airbase. The aim of the rest of the enemy drones was located near the point of logistics of the Russian Navy in Tartus. Electronic warfare units, as well as air defense, were on the alert and prevented an air attack. There were no casualties and destruction.

The militants must belong to terrorist groups and illegal armed formations in the near future (unless, of course, the militants have the courage to take responsibility for the attack on their own, they will punish everyone without exception). But now too many questions arise, for example, where, for example, from the illegal armed formations, expensive components could have been taken, subsequently installed on primitive unmanned carriers from a wooden frame and foam plastic.

According to the Ministry of Defense of Russia, seven UAVs were hit by the Pantsir-C1 anti-aircraft missile systems, three UAVs were detonated upon landing, and three more attack drones without damage to others were planted outside the base. In the future, the technical expertise conducted by Russian experts on the surviving "samples" will show that it was only at first glance that wooden homemade products rewound with ordinary adhesive tape approached the airbase. The most valuable was inside. UAVs were equipped with modern electronics, allowing guidance to the target “according to GPS satellite coordinates”. The same applies to explosive devices attached to the drone drone. Made of plastic in artisanal conditions, "live ammunition" had foreign-made fuses and had the property of a remote controlled reset. Thus, the primitive corps and simple IEDs were combined with high-tech “brains”, which ultimately turned into a very formidable murder weapon.

The defense department emphasizes that the use of unmanned aerial vehicles by militants in one way or another indicates the transfer to the members of illegal armed groups of modern technologies (and possibly experience) by external “well-wishers”, and will necessarily have consequences not only in Syrian settlements, but also outside Middle East.
Here it is important to understand that shock drone aircraft, in essence, are the brainchild of countries with a strong defense industry and solid annual budgets in this area. The use of UAVs not only allows us to perform assigned tasks in the enemy’s rear and inaccessible terrain, but also to avoid unnecessary losses among personnel. In the case of militants, this is especially important, since the radical extremists are less likely to survive.
You do not need to be an expert to understand where the tracks lead, and who in reality is the "guardian angel" of the terrorist trash in the SAR.

The destruction of the "Islamic state" and the proclamation of the victory of Russia over the terrorist group in Syria put the international coalition led by the United States a ridicule in the eyes of the world community. The American boy scouts and their loyal allies, who have been illegally present in Syria since 2014, have, alas, not achieved dazzling success. The authority of Washington and its influence in the Syrian region dissolve before our eyes, and the pride of the superpower is seriously wounded. Billions of dollars of American taxpayers are wasted.

Perhaps for this reason in the West today launched a dirty information campaign. Only the lazy in Europe did not ascribe to themselves the merits of others, while at the same time throwing mud at the legitimate winners.

However, unsubstantiated statements are still half the point. Washington is not limited to mere verbiage. Evacuation of ISIL militants from combat areas to US military bases, training of “moderate opposition” by foreign instructors to fight Assad, financing illegal armed formations is not the fruit of someone’s sick imagination, but links in one chain. It is quite possible that the recent events at the Russian military bases are a continuation of the logical chain - alone, Hamimem and Tartus are no match for the militants alone.

Ctrl Enter
Noticed oshЫbku Highlight text and press. Ctrl + Enter
We are
Double attack in Jakarta: “Jemaa Ansuharut Daulya” continues to kill policemenUnmanned aerial vehicles were outside the legal field.
33 comments
Information
Dear reader, to leave comments on the publication, you must to register.