Movement up, but actually falling down

January 15 2018
252
Have you ever wondered why anyone, even a seemingly purely Christian holiday like Christmas, can watch old Soviet films on our television? On such a specialized channel as “Spas”, we enjoyed watching “Heavenly Slow Mover” and “Hussar Ballad”. On other channels that just went: all the golden fund of Soviet cinema. 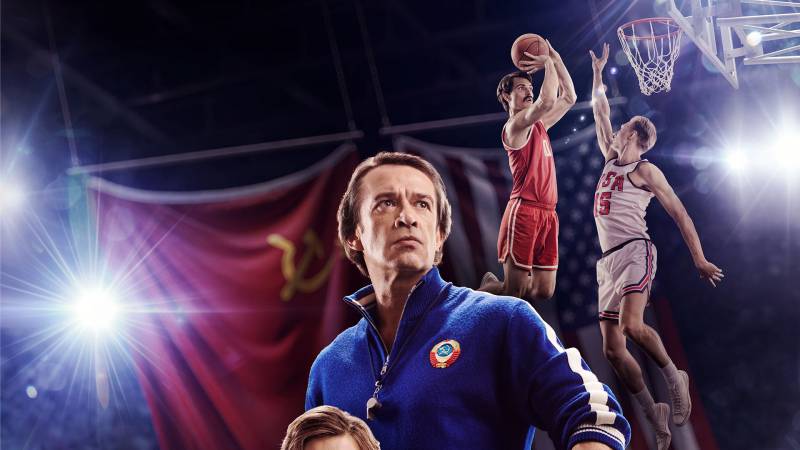 We - those who used to be at least a corner of his life "caught" the Soviet Union. Those who have lived a little while in the "regime." Who graduated from school, received higher education. Those who even today, despite their age, can go out and ask the authorities. Who was in the mountains of the Caucasus and Afghanistan, who was in the Donbas and in Syria ...

But we will talk about us in the next article, in the sequel. For worthy to talk. Now we look at the generation who grew up with Russia's "independence" from the Soviet regime.

Meanwhile, the young, those who very soon will take the helm of firms, factories, military units and divisions, the state finally, watch another movie. Fairy tales of Hollywood or our "Hollywood". Fairy tales where fictional heroes defeat fictional enemies. Where a fleshy hero with a leggy girlfriend is constantly kissing in between the destruction of hundreds of enemies and the undermining of the bases of international terrorists and other bad guys. And the USSR is shown as a constant hopelessness, drunkenness, gray hopelessness and hopelessness of life.

Strange? And let's go back a little. To the event in which we participated, including us. For a film that really hit the heart. "28 Panfilov".

Remember the money that was sent to the film crew to continue working? Remember the wait? Remember the reaction of our state to the shooting? People wanted a normal movie about the war. Like "They fought for the Motherland", like "Hot Snow", like "Liberation", like "Aty-baty, the soldiers went".

Many films that were shot for those who actually went through the war, those who went alongside them in the attack in that war.

But most importantly, we repeat, the reaction of the state. Remember how suddenly there were several millions to shoot? Already when it became clear that the film in any case will be released on screens. Through the efforts of decent people of Russia and Kazakhstan.

What for? Is it then to try to "push" the director and other creators? So that patriotism was shown taking into account state interests in this issue?

The success of the film is just grounded by a “non-state” approach to the topic. And the soldiers shows no heroes without fear and without reproach, and ordinary peasants. Russian, Kazakh, Tatars, the Soviet people. And they do not perceive the war as a feat in the name of something there, but as a regular job.

And now look at what has been created by our film masters by order of the state. Enumerate the "masterpieces" can be quite long. From "Bastards" to "Stalingrad", from "Legends number 17" to "Move up." What do all these films have in common? What is the "state order" different from the national order? Try to figure it out?

About the "Bastards" we will not say a word. As for Stalingrad, the Citadel and other rubbish, it has already been said so much that I don’t even want to repeat myself. Much has already been disassembled, so just a couple of words on sports topics.

And let's start a little from afar.

New Year holidays gave us another movie masterpiece from the studio “Three Te” Mr. Nikita Mikhalkov. And immediately a definite link was drawn between the previous creation on a sports theme, "The Legend of 17 Number", and "Upward Movement."

The name of this connecting element is false.

You can, of course, call all this kinolyapy, but then we have recently all the films of these kinolyapy and consist (on 90%). Remembering fresh "Matilda" and "Salyut-7».

There is a very strange feeling. On the one hand, Nikita Mikhalkov's “Besogon” is a very seemingly useful and spiritual phenomenon. Well, you see, mentally, the singer is broadcasting on contemporary affairs. And very reasonable and logical.

But "Besogon" is exactly for the soul. Because for the body, that is, the wallet, several other things are required.

And where are these things coming from? That's right, from the budget.

"Legend number 17" and "Move up" studio "TriTe" began to create on the terms of the state order. Evil tongues generally claim that the studio does not work without state funding. Barin does not give money ...

And here the question arises, and it is very difficult. Why is "Besogon" in Mikhalkov's so heartfelt, correct and truthful, and in the films for which he has been paid well in general, sheer lies and fictions?

Who watched "The Legend ...", he probably remembers how easily a madhouse was created on the screen.

A CSKA fan with experience Colonel Brezhnev in the film became a Spartak fan and began to bend over CSKA coach Tarasov.

A certain party worker from the Central Committee invites the serviceman Valery Kharlamov to go to Spartak. Almost desert, because then Kharlamov was listed on the passage of military service.

Yes, and on the ice going on a complete madhouse. Three arbitrators are judged instead of two. The form is generally a complete bomzhatnik: a mixture of all for 20 years. I'm not sure that the clubs and helmets correspond to the era, but the fact that the skates and breastplates are younger on 10-15 is a fact. In short, the "tigers" near Moscow in 1941.

Well, the cherry on the cake is the planned marriage of one of the members of the USSR national hockey team to ... a colleague from the women's hockey team. The fact that prior to the creation of this team in 1972, even 23, does not bother anyone.

Yes, critics from knowledgeable people were more than enough. And almost five years have passed. And here either to draw conclusions, or to expect that everyone has forgotten everything.

Of course, the second. Because the “Upward Movement” became the most worthy successor of the “Legends ...” in terms of foolishness and anti-Sovietism.

In the 1972 year at the Olympics in Munich, a team of Soviet basketball players defeated the team of American students. It was a match of equal rivals, and the victory depended on many factors, including the coach and players.

In any case, this victory is worth screening. But the authors of the film have nothing to do with it. Figures from Mikhalkov remove fictional history about invented people. And people invented frankly bad. Yes, and they spit on everyone who can be reached.

Most of all, it is insulting for Modestas Paulauskas, who was exposed either to a traitor or a Russophobe. Ready to betray at any moment and run.

This “fiercely hating” all Soviet man still rides twice a week from Lithuania to Russia and trains our boys in the Kaliningrad region. More to such Russophobes ...

We have become a hopeless liar coach so that I had to change the name, so that the court is not to play. Vladimir Kondrashin, not Vladimir Garanzhin led our team to victory. But then "artistic" film ... As the "Salyut-7». Therefore they lie impersonal.

We will not analyze all this mess, for example, that they have slandered many: the coach and the players. According to the full program.

Well, to hell with them, with kinolyapami. The wretchedness of our directors and screenwriters is already in a good tone, so we have what we have. More precisely, they have a budget first, then us. Well, relatives, friends and friends of slandered people.

But what is the main thing? Show the sporting feat of Soviet athletes and coaches, or dazzle another Hollywood-like brew and quickly take a queue to finance the next “masterpiece”?

It is clear that the money is more important ...

It turns out that the state order implies the creation of artistic “pictures” that colorfully and vividly (who watched “Salute-7” will understand what they are talking about) create insanity mixed with spitting into the past of the country.

And they pay for it. And these films are advertised by very high-ranking officials, including the president.

We will answer the question “why and to whom it is profitable” in the second part of the material.

Now, as an intermediate result, it is worth saying that everything that is happening today by ministry officials from the culture of Russia is part of one plan. Not the most beautiful, so to speak.

And it is this plan that pushes Nikita Mikhalkov to the role of non-commissioned officer's widow, who has carved herself. On the one hand, the master criticizes and criticizes correctly, on the other hand, directors and other filmmakers led by him continue to make films, which can be called artistic only with the use of quotes.

So far, we can watch really great films on TV, all shot in the USSR, in which (again, almost a quote from GDP) “there was nothing but blue hens and black galoshes”.

But to all the beautiful tapes, which still enjoy the attention and respect of the audience, in the back of the head (not worse than the detachments from Mikhalkov’s films) breathe all these “Bastards” and other masterpieces.

And it seems that the upward movement actually turns into a fall downward. In the abyss of lies, lack of culture and concepts replaced. The whole question: who benefits ...

Ctrl Enter
Noticed oshЫbku Highlight text and press. Ctrl + Enter
We are
Results of the week. “If I am leaning against a warm wall in a quiet place, then I’m still nothing at all!”Reports from the militia of New Russia for 27-28 September 2014 of the year
252 comments
Information
Dear reader, to leave comments on the publication, you must to register.