The US Army is testing a new target designation system for artillery. 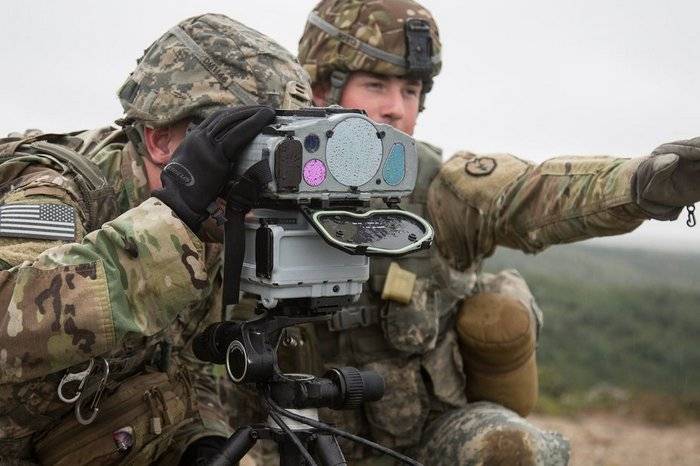 This is a completely new advanced technology that is a paradigm shift in how field artillery can be used on the battlefield. JETS can turn a howitzer or self-propelled artillery gun into a giant sniper rifle
- said Lieutenant Colonel Michael Frank, Head of Soldier Precision Targeting Devices.

The US Army ordered JETS systems in September 2016 of the year, and over the past year they passed a series of tests, including strength (for landing). All tests were successful, and now the US armed forces have begun final testing of the system. If it is successful, then in the middle of this year, the American gunners will begin to receive JETS for service, reports "Warspot"