January 9 2018
11
The DPRK and the Republic of Korea agreed to resume the work of the hotline between the military of the two countries, the purpose of which is to prevent the aggravation of the situation on the Korean Peninsula. This was reported on Tuesday by Yonhap. 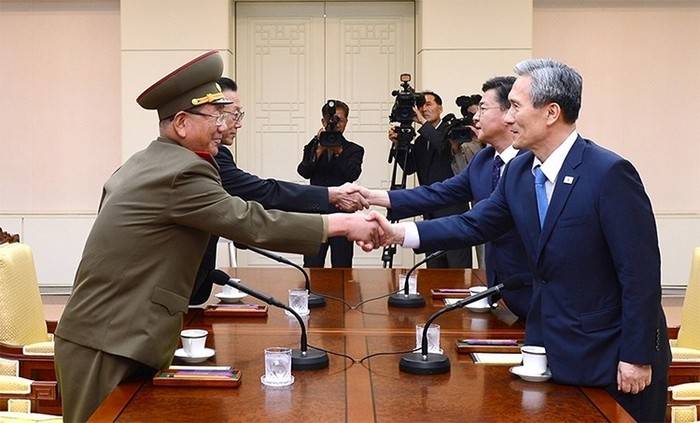 North Korea has completed the technical work needed to restore the line, which will start operating on Wednesday, Reuters news agency reported in turn, referring to the Deputy Minister of Unification of the Republic of Korea, Chung He Sung. According to him, the representatives of Pyongyang notified the South Korean delegation at the talks currently underway.

The work of the communication channel between representatives of the armed forces of the two states was interrupted in 2013 by the initiative of the DPRK. Jeffrey Feltman, UN Deputy Secretary General for Political Affairs, during his visit to Pyongyang last December, called on the parties to restore communication channels, including between the military, in order to reduce the risk of miscalculations, TASS reports

Ctrl Enter
Noticed oshЫbku Highlight text and press. Ctrl + Enter
We are
The oddities of the UN Under-Secretary-General’s report on the sources of financial support for ISILThe United States shared information about Russian interests in Syria
11 comments
Information
Dear reader, to leave comments on the publication, you must to register.