Delivery to BMPT Terminator troops will begin in March

The execution of the state defense order goes. The start of the transfer is scheduled for March
- Said the source agency. 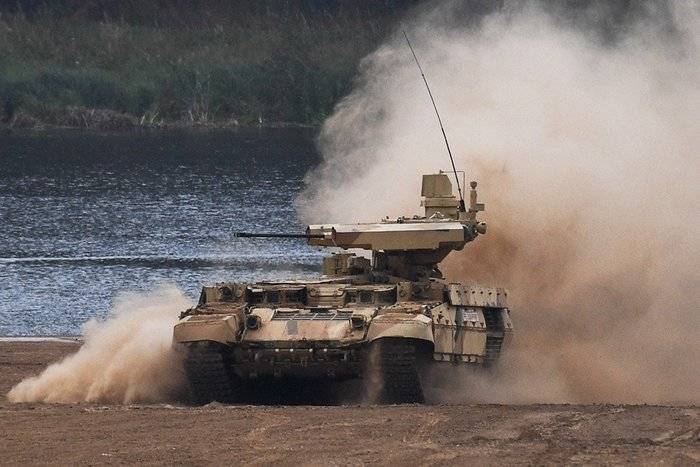 As previously reported, the military in 2018 should receive more than 10 BMPT Terminator.

The Terminator, which the Russian army will receive, will be at the nodes and assemblies of the main T-90A tank, the UVZ corporation said

Ctrl Enter
Noticed oshЫbku Highlight text and press. Ctrl + Enter
We are
The implementation of the contract for the supply of military BMPT TerminatorInnovation Day of the Southern Military District: the main battle tank T-90A
49 comments
Information
Dear reader, to leave comments on the publication, you must to register.