Trump decided to re-run for a second term

January 9 2018
27
Donald Trump intends to re-nominate his candidacy for the presidency in 2020, reports TASS the post of Deputy Press Secretary of the White House, Hogan Gidley. 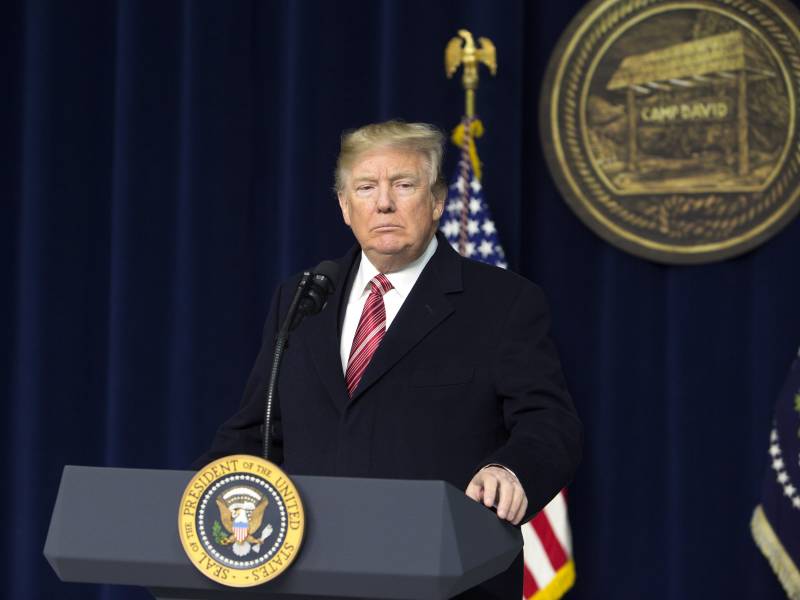 Of course, he (Trump) is going to once again fight for the presidency in the next election,
Guidley told reporters.

Media representatives asked him to comment on the performance of the popular TV presenter Oprah Winfrey on Sunday at the 75 Golden Golden Globe Awards ceremony, after which the American media reported, referring to sources, that she was considering the possibility of participating in the 2020 presidential election. In particular, 63-year-old Winfrey said that "a lot of great women are in this room, and some very decent men are determined to fight for them to become leaders."

According to Gidley, he did not discuss Winfrey’s speech with Trump.

But we will be happy to answer any challenge that someone - Oprah Winfrey or someone else - will throw us at the next election. They will have to confront the president, whose achievements speak for themselves,
A spokesman said.

The agency recalls that Winfrey, born in Mississippi) is the first black female billionaire. She owns her own film studio, TV channel and O, The Oprah Magazine magazine.