Media: China intends to create a military base in Pakistan


The fact is that China, according to the reports of this publication, intends to create its own naval base in Pakistan. To locate the base, the Pakistani port of Gwadar (Baluchistan province) was chosen. The port itself in this city was built with the active support of Chinese investors in the early 2000's. The opening of the port of Gwadar took place in 2007 year. 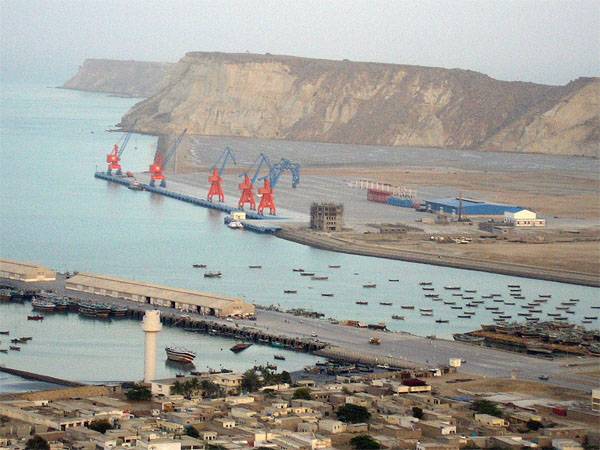 China is positioning the development of port infrastructure in Pakistan as part of its plan to create the largest trade route in Eurasia - “One Belt, One Road”.

In the West, China’s trade plans in the region are not believed in exclusively and they say that Beijing is taking advantage of the opportunity to strengthen its military component in the region. At the same time, in the West, they are trying to “wind up” the situation with statements that China is increasing its military presence in the region against India.

Earlier, Donald Trump blamed Pakistan for “badly fighting off terrorists” with huge amounts of US aid. If you believe the US president, in recent years, Islamabad received 33 billion dollars from the States.

Ctrl Enter
Noticed oshЫbku Highlight text and press. Ctrl + Enter
We are
Hong Kong edition calls on Russia to lead military operation against Islamic State
39 comments
Information
Dear reader, to leave comments on the publication, you must to register.