Ukrainian complex "Thunder-2" will not be supplied to the APU

January 8 2018
83
The “Thunder-2” missile system, developed in Ukraine and about which the Ukrainian mass media trumpeted the world, is not intended for the Armed Forces of Ukraine, said Sergey Zgurets, director of Defense Express, an information and consulting company, in an interview with Apostrof.


According to him, the armament was created on the order of one of the Middle Eastern countries. 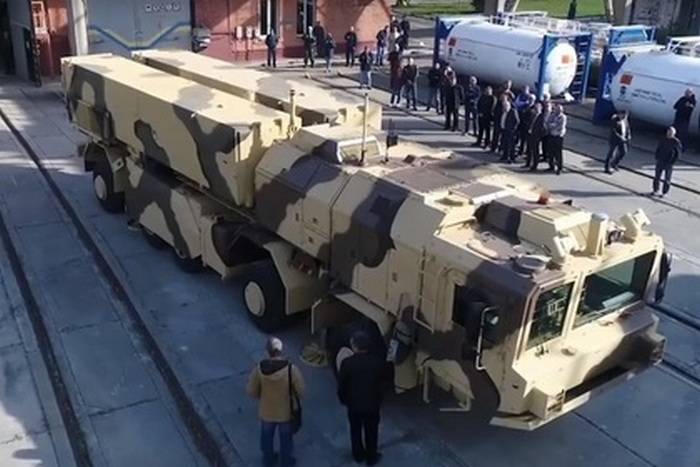 But it significantly reduces the financial and technological risks associated with the development of this weapons, which is necessary, actually, and Ukraine
- he said.

Zgurets noted that later, on the basis of the Thunder-2 complex, another one could be developed, already for the APU. The expert explained that, according to the calculations of the military, successful tests and deliveries of the party for the Middle Eastern customer will significantly reduce the cost of weapons refinement for Ukraine.

However, even the version for the Middle Eastern customer is still far from the full-scale tests of the “Thunder-2”. According to the representative of the company Defense Express, now checking the complex is at a very early stage, one of the engine stages is being tested. More or less extensive trials can begin only in two years.

At the manufacturers request, the launcher provides for the transportation and launch of two ground-to-ground missiles. "Thunder-2" will be able to hit targets at a distance of 280 kilometers. The design bureau "Yuzhnoye" is developing the operational-tactical missile complex "Grom" based on a solid-propellant ballistic missile.