January 8 2018
256
Militants in Syria used 13 drone drone when attempting to attack Russian bases Khmeimim and Tartus on the night of January 6, according to the Russian Defense Ministry.

The security system of the Russian Hmeimim airbase and the logistics station of the Russian Navy in the city of Tartus on the night of 5 on 6 January successfully failed an attack by terrorists with a massive use of drone unmanned aerial vehicles
- Said in the military. 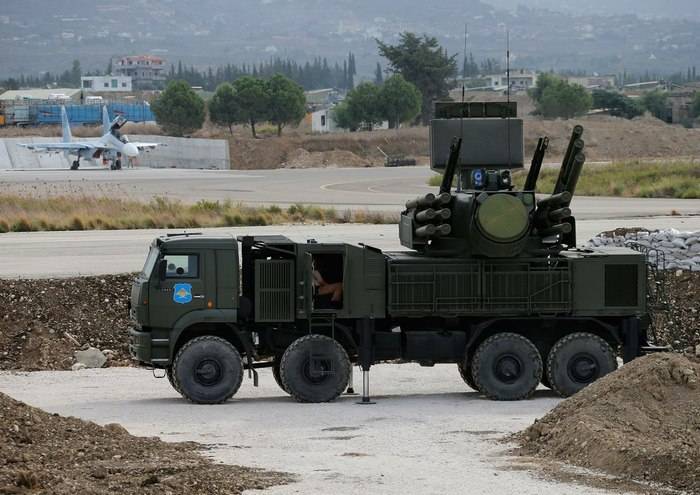 
Ten assault unmanned aerial vehicles were approaching the Russian Hmeimim airbase and three more - to the point of material and technical support of the Russian Navy in the city of Tartus
- Said in the Ministry of Defense.

An attempt to attack terrorists on Russian facilities in Syria with the help of UAVs was repulsed by means of electronic warfare and Pantsir-S air defense systems, added to the Defense Ministry

According to the Ministry of Defense, six more UAVs were intercepted by Russian electronic warfare units.

Of these, three were planted in the controlled area outside the base, and three more unmanned aerial vehicles detonated during landing from a collision with the ground
- noted in the Ministry of Defense.

Also in the military, they added that the terrorists used to attack Russian military facilities in Syria, aircraft-type drones with GPS guidance. The data of intercepted drones deciphered, the exact place of their launch is determined.

At present, Russian military experts are conducting a detailed analysis of the design, technical stuffing and improvised ammunition of captured attack unmanned aerial vehicles.
- leads "Interfax-AVN" message of the Ministry of Defense of the Russian Federation.

Ctrl Enter
Noticed oshЫbku Highlight text and press. Ctrl + Enter
We are
The situation in Syria on Google Earth satellite imagesProtect aircraft: strengthening air defense in Syria
256 comments
Information
Dear reader, to leave comments on the publication, you must to register.