American destroyer Carney arrives at the port of Odessa

January 8 2018
74
In the port of Odessa at the berth of the new container terminal on Monday morning, the destroyer of the US Navy Carney DDG64 moored, reports the local newspaper Dumskaya. 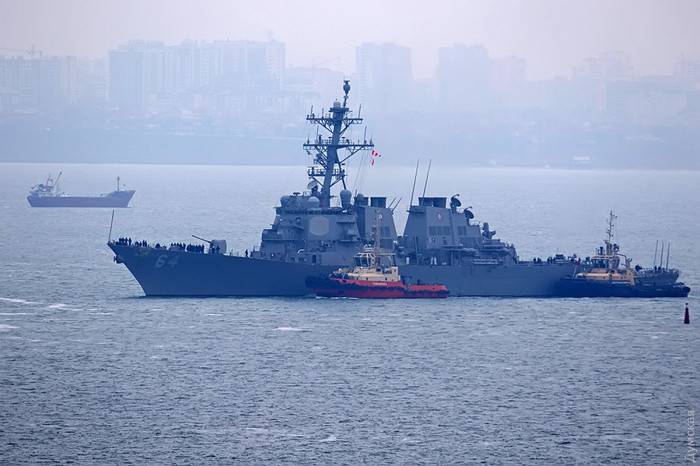 It is noted that Carney was the first NATO ship to call at the port of Odessa in the new year. He is expected to take part in conducting maritime security operations and strengthening combined preparedness and naval capabilities among Allies and partners of the North Atlantic Alliance. The destroyer will stay in Odessa until January 11.

Ships of this type are armed with launchers of the Aegis system, which can carry up to 56 Tomahawk cruise missiles equipped with nuclear warheads.

In July, 2017, Carney took part in the international exercise "Sea Breeze-2017", during which the President of Ukraine Petro Poroshenko rose to his board, for lack of his ships.

Ctrl Enter
Noticed oshЫbku Highlight text and press. Ctrl + Enter
We are
Aegis Ashore anti-missile complex: a land ship and a security threat
74 comments
Information
Dear reader, to leave comments on the publication, you must to register.