Ankara launched an investigation into Islamophobia in four European countries

January 8 2018
43
The Turkish Parliament established its own commission to investigate the situation of Islamophobia in four EU countries, reports RIA News a message from the Belga agency. 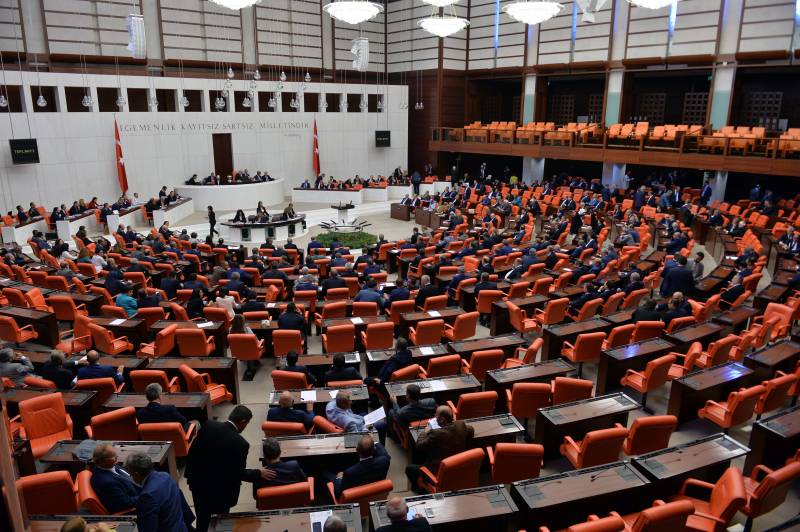 According to the agency, "deputies will focus on those states where, in their opinion, manifestations of Islamophobia are most pronounced - Austria, Germany, France and Belgium."

At the same time, parliamentarians plan to obtain permission from the authorities of these countries to conduct investigations on the spot. The commission will begin work on January 9.

According to the agency, the initiative of the Turkish parliament was “a response to the numerous racist statements of Austrian citizens who followed news that the first child born in 2018 in Vienna was a girl of Turkish origin. ”

Recall, Austria is not the first time accused of attacking Muslims. So, at the end of June, Sebastian Kurtz’s proposal (at that time he served as foreign minister) to close Muslim kindergartens in the republic was criticized by the Islamic community of the country. Representatives of the community called such a statement inadmissible.

Ctrl Enter
Noticed oshЫbku Highlight text and press. Ctrl + Enter
We are
Reports from the militia of New Russia for 27-28 September 2014 of the year
43 comments
Information
Dear reader, to leave comments on the publication, you must to register.