For the troops RCBZ will develop a new robotic complex

January 8 2018
13
Ground robots and drones will be able to participate in the elimination of accidents, as well as conduct reconnaissance of the radiation and chemical environment, reports Interfax-AVN message of the press service of the Ministry of Defense. 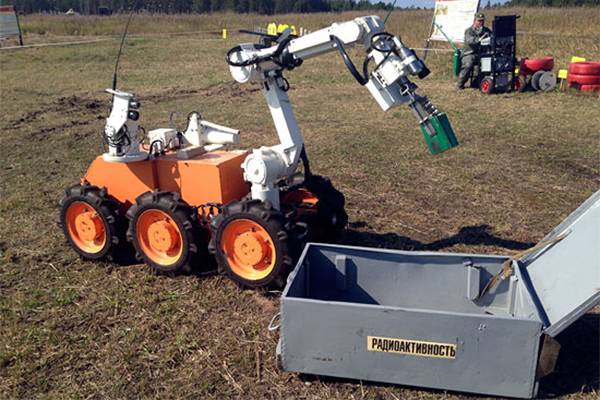 In the 2018 year, in the interests of the troops of the RCB protection, development work will be carried out to create a new robotic complex,
says release.

It is reported that the complex will include both ground robots and unmanned aerial vehicles (UAVs).

"The use of UAVs to transmit information about the radiation and chemical environment will significantly increase the range of control of ground-based robots," the agency added.

The press service also noted that “modern robotic complexes are capable of effectively performing a wide range of tasks for RCB reconnaissance troops, including in the aftermath of various types of emergency situations”.

Ctrl Enter
Noticed oshЫbku Highlight text and press. Ctrl + Enter
We are
The next wave: race to the wars of robots
13 comments
Information
Dear reader, to leave comments on the publication, you must to register.