January 8 2018
108
In Poland, they decided to conduct a sociological study on the 2010 plane crash of the year near Smolensk. We are talking about the crash of the Tu-154, which was carrying the then Polish President Lech Kaczynski and his wife, as well as an impressive delegation of Polish officials and high-ranking military personnel.


The survey was conducted by the SW Research sociological monitoring service commissioned by the newspaper Rzeczpospolita. The results of this survey suggest that the opinions of Polish citizens regarding the causes of the collapse of the liner differ significantly. 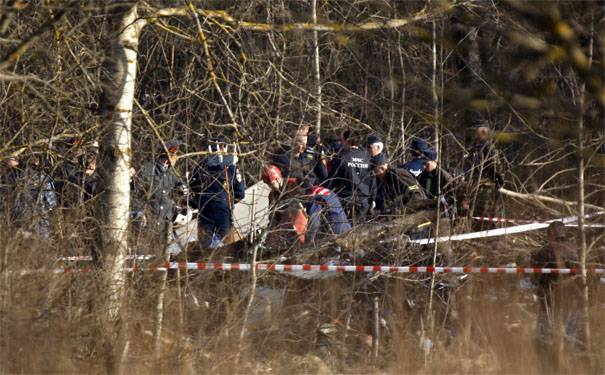 So, 35,8% of respondents believe that the cause of the crash was the bad weather around the arrival airfield and crew errors that caused the aircraft to collide with a tree. Recall that such conclusions were previously reached by two different independent commissions with direct Polish participation.

36,1% of respondents stated that they do not trust official conclusions and name other factors as causes of the crash. It should be noted that the conspiracy theory of the crash of the Tu-154 (with the alleged intervention of the Russian special services) is unwound by individual Polish politicians, including the brother of the Polish president who died in a plane crash. The same theory is trying to promote the current Minister of Defense of Poland Anthony Macieserevich, who in Poland itself for this kind of conspiracy has already been accused of trying to score political points to move up the career ladder.

Ctrl Enter
Noticed oshЫbku Highlight text and press. Ctrl + Enter
We are
Report on the results of the survey-2013 "Evaluation of state political figures"
108 comments
Information
Dear reader, to leave comments on the publication, you must to register.