Over the year, NATO fighters 130 once rose from the Lithuanian airfield to accompany Russian aircraft

January 7 2018
70
Fighters of NATO member countries, based on rotation based on the Lithuanian air base Zokniai for patrolling the Baltic countries in the sky, in 2017, about 130 times, Russian military aircraft were escorted, reports TASS message "Baltic Service News». 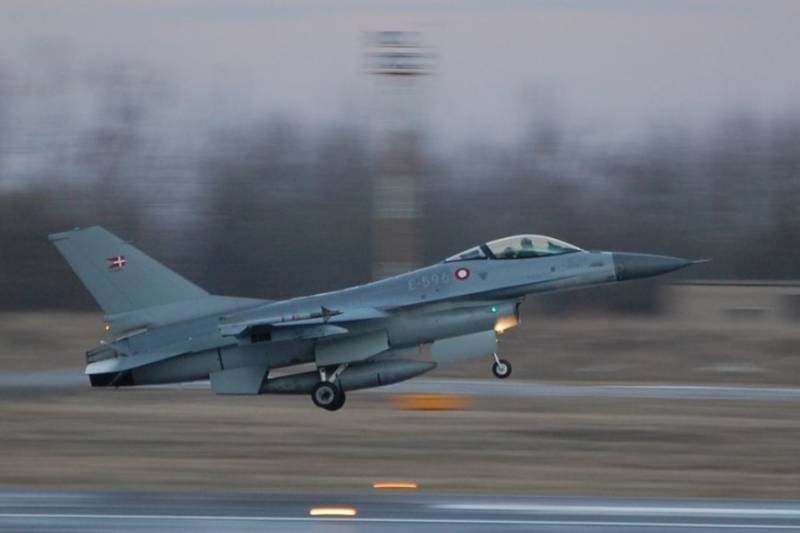 According to data from the Ministry of Defense, in the 2017, alliance fighters took off to identify and escort Russian aircraft about 130 times,
the report said.

The publication also noted that four F-16 Fighting Falcon Denmark fighter jets landed at Zokniai air base on Friday. On Monday (January 8), the arriving contingent officially will take on air duty from the US Air Force, which patrolled the skies of the Baltic countries from the beginning of September with four F-15 Eagle fighters.

Recall that Lithuania, Latvia and Estonia do not have the necessary aviation to control your airspace. Since 2004, this work has been carried out by their NATO partners. Until the spring of 2014, they were based in four fighters in Zokniai, and from April of that year, another part of the mission (four more fighters) were deployed at Emari airbase in Estonia.

Ctrl Enter
Noticed oshЫbku Highlight text and press. Ctrl + Enter
We are
Project Falcon 9. Successful landing of the first stage and market prospects
70 comments
Information
Dear reader, to leave comments on the publication, you must to register.