Syrian rake for the Ministry of Defense of Russia

January 9 2018
114
Strange история with damage to Russian aircraft at the base Khmeimim continues. Every day there are more and more new "evidence." Many "specialists" tell us about what actually happened on New Year's Eve there. 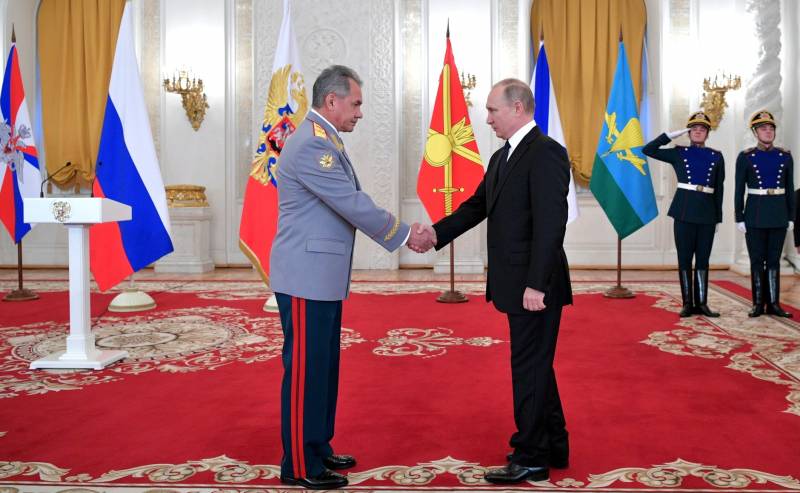 Enough time has passed for such an explanation to appear from the most interested department of our country - the Ministry of Defense. But apart from a vague answer like the fact that all this is a lie, we did not hear anything.

But then the explanations that followed the exposed disinformation look completely silly. Nobody forgot the video game photos. And, we assure you, remind us of this with enviable constancy.

It is very difficult sometimes to understand where the legs grow from the information. Yes, we will not argue, “Kommersant”, whose journalists are treated with awards by the Ministry of Defense of the Russian Federation, is not just getting first-hand information, but definitely standing second in line after the Star.

And the more strange is the fact that it was “Kommersant” who acted as “skirmishers”.

So, according to the official version, the base was fired with rockets and mines on New Year's Eve. But literally three days before this event, the same shelling took place.

This is recognized by our military. And now, given that among our readers there are many officers and generals, the question of backfilling. What actions is required to take the base commander?

He is obliged to at least strengthen the protection of the base area at a distance that makes it impossible to use mortars and small arms. This is in addition to all other events specialists. How far can a 122-mm mortar shoot? To 7 km. About 4 km for 82-mm fellow even writing inconvenient.

If you look at it this way, then, at first glance, it’s time for the base commander to shake off the stars. For it is not entirely clear what they did there between December 27 and 31.

But let's not hurry.

There is another nuance that does not give us peace. Militants shoot their victories with a variety of cameras. Even the destruction of individual vehicles and soldiers. And here - a strange silence. No one took on such a victory. Agree, damage to 7 aircraft in one fell swoop - really a serious victory. And no video!

The fact that later there some structures slouted in the style of the famous Ukrainian Internet group “Shadows”, destroying everything in the Donbas, is ridiculous. But if in essence?

Ukrainians infiltrated the ranks of the militants and infected video equipment with a "virus of hydration"? To batteries discharged at the most crucial moment? Only after 5 days a video appeared in the network, which was shot allegedly during the shelling. Funny this movie. Something our New Year's Eve reminds. Thunder, I guess. No more.

But let's not cling too much to the terrorists. Let us examine the shelling itself.

To damage the seven aircraft, you need to make at least a dozen aimed shots. For guaranteed successful shelling you need 30-40 shots. And so that four out of seven planes can be cut up to the state of either a major overhaul, or a write-off, definitely - even more.

Moreover, there should be a spotter in the area. The night is still ... Either the distance should be reduced to 2-3 kilometers. And it's better to even a kilometer away.

The shelling should be carried out in a short time. Up to 3-5 minutes. And the best is generally 1-2 minutes. A pair of 82-mm mortars installed in the back of the car is enough. And skillful calculations.

Something like this could have been a New Year's operation. Cars drove up to pre-selected positions. Shoot off. Mortars dismantled hid in the back. And dispersed in different directions.

It remains only to congratulate the militants on the successful accomplishment of the task and to think about what those who were obliged to ensure the safety of the area of ​​the Russian air base were doing.

But there is another version. Which for some reason is not voiced by experts. Work DRG. In favor of this version speak two dead soldiers. DRG penetrates the object. Mines, for example, ammunition depot. In this case, sentries are destroyed. Then, if possible, mine planes and go to a safe distance.

It remains a very simple job. At the beginning of the bombardment, launch parallel charges. To use motor vehicles with mortars as a means of transporting the DRG from the place of operation.

The presence of such DRGs from terrorists is not denied by anyone. During the war, the same Americans prepared enough skilled saboteurs. The very case when the quantity turned into quality.

And again I want to exclaim: what the devil! But shouting is not worth it, because, again, a lot of incomprehensible in the whole story.

There is one more thing that, as it seems to us, explains the silence of our MO. It is clear that after the shelling, it was not ordinary army officers who were engaged in the analysis of the situation, but specialists of just such a profile. They are on the "handwriting" may well establish the nationality of the DRG. And they “dug” something that can help another department in its work.

And now another unpleasant moment. After the shelling, we were informed about two dead. But there were no reports of wounded. Strange? For us, yes. But in Europe they talk about dozens of wounded. Not about one ten, namely about tens. Lie?

Maybe. But then how to explain the appearance on the basis of a flying military hospital Il-76MD "Scalpel-MT"? The base has its own medical unit. And "Scalpel-MT" is really a hospital. With all the necessary hospital options. From operating to ultrasound equipment. Doctors decided to ride in Syria? Is the local population a treat?

In general, it is clear that the election campaign has begun in the country. It is clear that today the people simply need "victory." Who is arguing? And no one even thinks. We can win.

Do we just need such a victory? From the finger?

Of course, a wonderful gift to hundreds of families on the New Year in the form of fathers and husbands who have returned from Syria. Undoubtedly.

But how real is the picture of the "broken ridge" and the "rout" of terrorists - that is the question today.

Experts today estimate the number of militants scattered throughout Syria in 2-3 thousands of people. It is clear that LIH (prohibited in the Russian Federation) as a “state” and as a military structure has been destroyed. But the militants will lead a guerrilla war. As it is even now happening in the Caucasus.

Their destruction is not a matter of months, but years. It is clear that they will periodically unite into small and sometimes larger gangs to hold one-off actions. Objects will be including the Russian military. There will be explosions, there will be death, there will be injuries. A battle has been won, but the war continues.

But maybe enough "ihtamnets"? Maybe enough unprofessional babbling from the Ministry of Defense?

It seems to be not to face such a department as the Ministry of Defense, lies and omissions. Which again was the car and a small truck.

“They are fakes,” “the planes are not destroyed,” “we have already repaired three of the seven,” and so on, in incremental terms. More and more empty words and less desire to believe in them.

One question on the merits: what prevents the Ministry of Defense from showing whole planes in order to dispel this myth?

And who does not honestly and directly tell about what happened at the base in reality?

Should we believe babbling or just silence?

Alas, we do not have to. But we, oddly enough, would like to know the truth.

Ctrl Enter
Noticed oshЫbku Highlight text and press. Ctrl + Enter
We are
Reports from the militia of New Russia for 27-28 September 2014 of the yearResults of the week. "Well, do not change me because of every idiot!"
114 comments
Information
Dear reader, to leave comments on the publication, you must to register.