Why did the "Georgian Legion" withdraw from the Armed Forces?

January 6 2018
67
On the eve of the command of the so-called Georgian Legion announced the withdrawal of the armed forces from the 54-th brigade of the Armed Forces of Ukraine. The reason for leaving the Georgian mercenaries from the Ukrainian armed forces was the incompetence of the brigade command. It is also stated that the command of the 54 Brigade gave “illegal orders”.


From the message that appeared on Facebook:
The problem is that the brigade commander of 54 is trying to deport right from the military hospital the wounded soldiers of the Georgian Legion, who can tell the truth about the illegal orders and actions of the commander Maistrenko and his entourage.

It became known that in the course of the “deportation” attempt, 11 Georgian mercenaries were injured and injured. 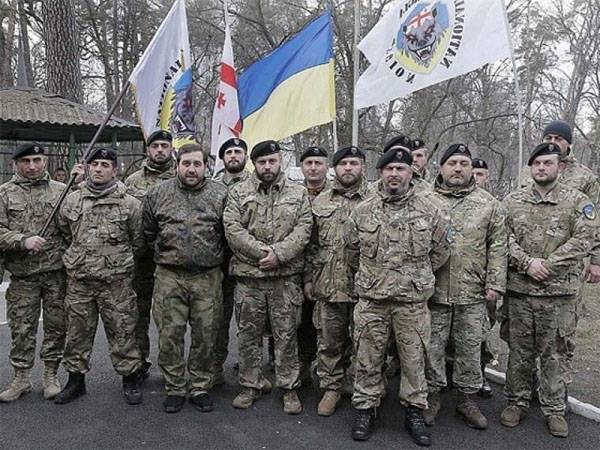 Recall that the Georgian "National Legion" (GNL) was formed in 2014 year. Then his command declared its readiness to take on the service not only Georgian, but also American citizens. There is no data on the exact number of Americans who fought in the Donbas on the GNL side. At the same time, it is well known about the facts of special cruelty towards the local population of Donbass by the mercenaries of the Georgian armed formation.