January 5 2018
31
As reported by the Indian Ministry of Defense, Defense Minister Nirmala Sithamaran on January 2, 2018, approved the purchase of 240 adjustable aviation bombs at the Russian JSC "Rosoboronexport". The purchase price will amount to $ 197,4 million. According to sources in the Indian Air Force, we are talking about KAB-1500L guided air bombs of 1500 kg caliber with a laser guidance system, which are purchased to equip Su-30MKI fighters. 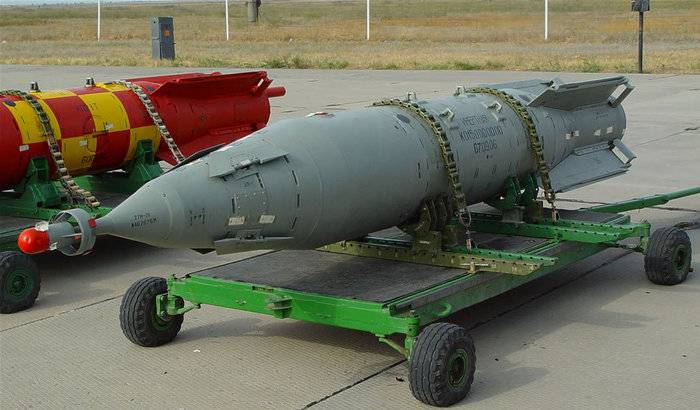 At the same time, the Indian Defense Minister approved the purchase for the Indian Navy of a new batch in 131 of the Barak 1 shipborne short-range anti-aircraft missile produced by the Israeli corporation Israel Aerospace Industries (IAI). The cost of purchasing 72 million.

However, the current approved purchase represents the finalization of the epic that has been stretching for almost 12 for the purchase of additional Barak 1 systems and missiles. In 2006, the government of India decided to purchase seven more Barak 1 and 2000 missiles, some of which were intended to equip the 11356 frigates of the second Troika ordered in Russia, bmpd blog

Ctrl Enter
Noticed oshЫbku Highlight text and press. Ctrl + Enter
We are
Su-34 spotted with adjustable bombs KAB-1500L seen in Syria
31 comment
Information
Dear reader, to leave comments on the publication, you must to register.