January 5 2018
128
Iranian Prosecutor General Jafar Montazeri has accused the authorities of the United States, Israel and Saudi Arabia of organizing a conspiracy to cause unrest in the Islamic republic.


According to him, the plot plan was prepared about four years ago with the close cooperation of these countries. 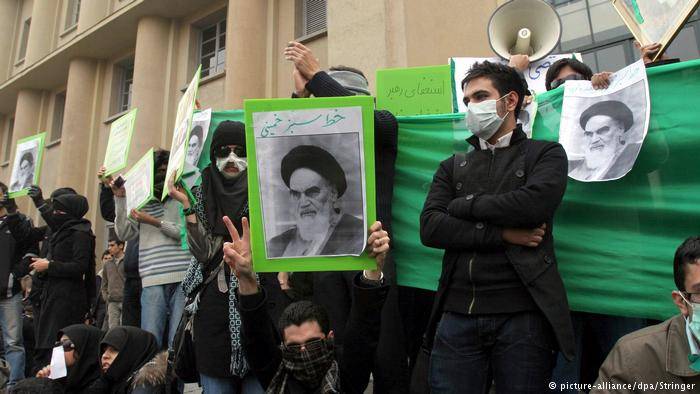 The main organizer of the conspiracy was an American citizen named Michael Andrea, a former CIA officer responsible for the fight against terrorism, who formed a group to create unrest in the Islamic Republic of Iran. Michael Andrea, along with an Israeli intelligence agency Mossad officer, was responsible for creating the plot, while Saudi Arabia paid all expenses
- Iranian news agency IRNA quotes the words of J. Montazeri.

According to him, the conspiracy, called the "Doctrine of consistent convergence", was developed on the basis of data collected over the years. He noted that various conspiracy scenarios were planned, such as protests against the high cost of living, high costs and financial requirements of pensioners.

He also said that other outlaw groups were involved in the conspiracy, such as the Mojaheddin Hulk (MKO) (recognized as terrorist in Iran and several states) by followers of the monarchical regime, nationalists and several communist groups.


They proposed two models of development of events, called Tunisia and Libya, and finally, chose the latter, which was to create unrest from the outside. They prepared two operational cells in Erbil (Iraq) and in the center of Afghanistan, which were supposed to infuse the Daesh terrorists (the ISIL terrorist group banned in Russia) into the flow of these unrest
said the prosecutor.

On Wednesday, Mohammad Ali Jhaafari, commander of the Iranian Islamic Revolutionary Guards Corps (IRGC), said that unrest in the country ended unsuccessfully for demonstrators. On Thursday, Iranian Interior Minister Abdolrez Rahmani Fazli said that around 42 thousand people took part in the protests in the country.

Ctrl Enter
Noticed oshЫbku Highlight text and press. Ctrl + Enter
We are
Time to change the heir. Qatari crisis as a cover for the struggle for power
128 comments
Information
Dear reader, to leave comments on the publication, you must to register.