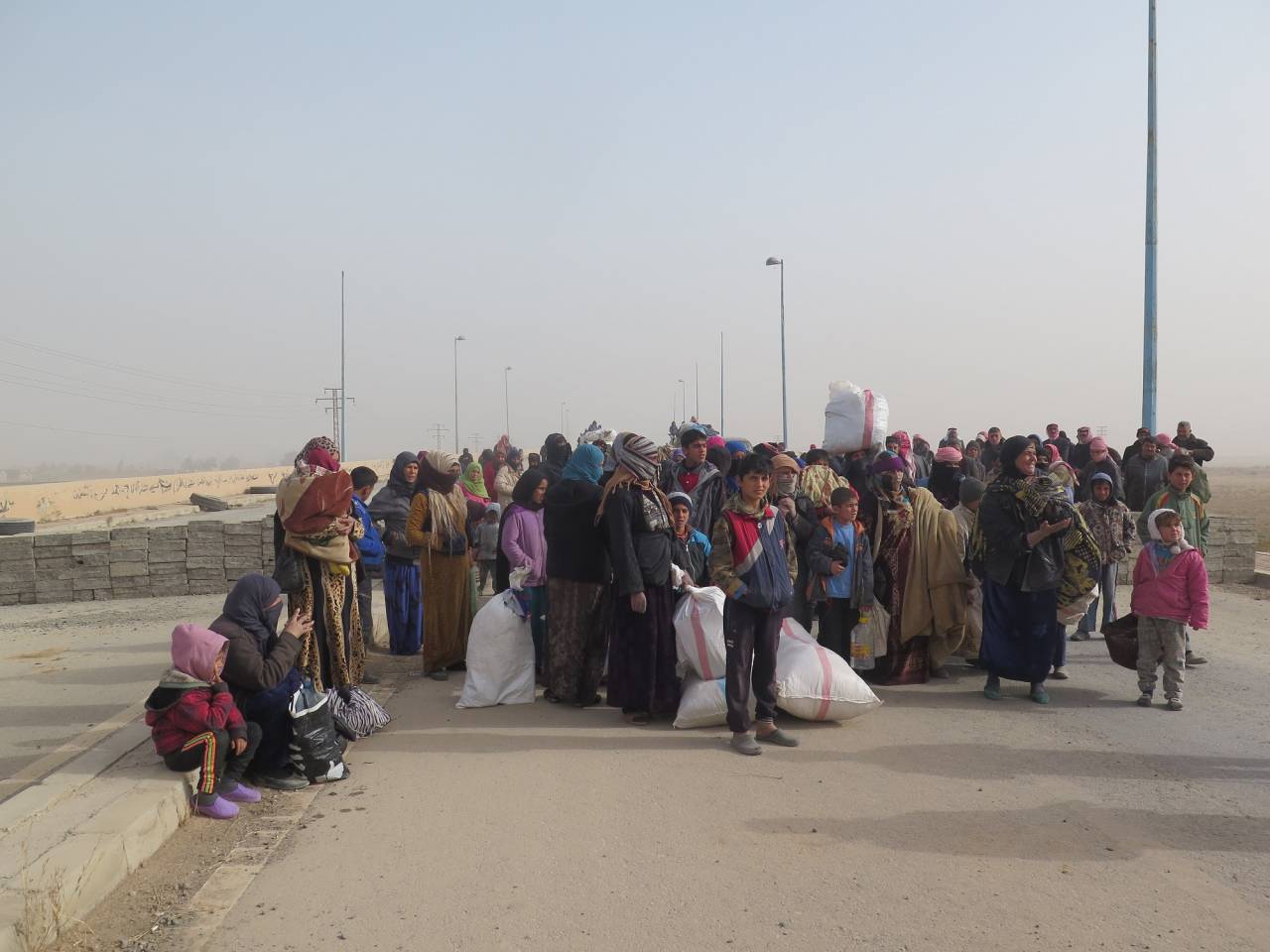 A month ago, with the direct participation of the Russian side, the Committee on the Management of the Eastern Territories of the Euphrates began functioning in Deir ez-Zor. In addition to the Russian advisers, the Committee included representatives of both Kurdish ethnic groups, respected sheikhs and leaders of local tribes. Within just a few weeks, we managed to jointly restore the infrastructure of the settlements, demine schools and hospitals, but the most important achievement is the return of thousands of residents to the liberated areas. The number of people wishing to return to abandoned houses is constantly growing, and today 8 has exceeded thousands of people.

Russia does not remain indifferent to the problems and troubles of the Syrian people. Despite the fact that the militants of the “Islamic State” are no longer able to harm the local population, many Syrians still need comprehensive assistance and support. The overwhelming majority of them are refugees from the eastern districts of Deir-ez-Zor, who left their homes at one time because of the threat to the lives of their relatives. The return of the internally displaced persons to their small homeland, ensuring their security and creating tolerable living conditions is one of the important tasks that are in the center of attention of the Committee on the Management of the Euphrates Eastern Territories. 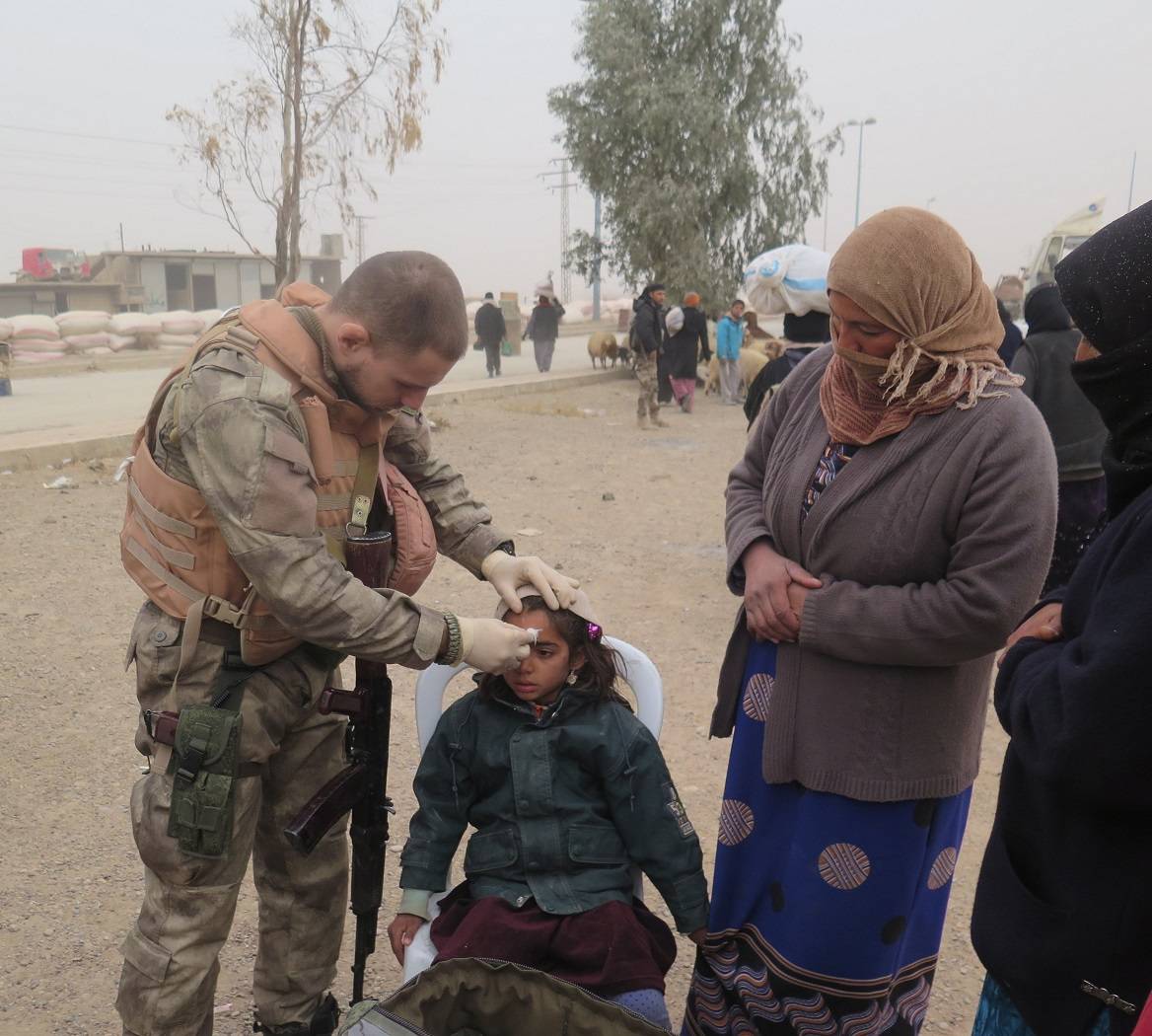 Today, the Committee’s departments, which include representatives of the local communities and tribes of the eastern Euphrates, Syrian soldiers and Kurdish units, in addition to the Russian military, operate in the settlements of Khadzhin, Diban, Al-Tabiya, Marrat and many others. Significant progress has already been made in the work of local authorities: from 4 December, more than 8 thousands of refugees returned to the east coast of the Euphrates. An endless stream of people is formed daily in the area of ​​the village of Salhia. Here, after checking the documents, every person in need is provided with medical assistance. Thus, the consequences of the “great caliphate” are eliminated.

It is important to note that the work being done is carried out by the Committee in close cooperation with official Damascus, which, contrary to the statements of the West, is more interested than anyone else in returning to a peaceful life and improving the living conditions of the local population.

To this end, humanitarian convoys regularly arrive in settlements of the eastern districts of Deir ez-Zor province. It is known that
Since December 4, more than 9 tons of food have been distributed to residents of Eastern Euphrates, 100 thousands of liters of drinking water, 620 people received medical care, of which more than 150 are children. According to residents, local sheikhs and elders of eastern tribes take part in humanitarian actions.

The Committee carries out daily engineering reconnaissance and demining, primarily of administrative buildings: schools, hospitals, kindergartens and other institutions. In some localities earned mills and bakeries, which means that soon there will be more residents in Salkhiyyah, Al-Husseiniy, Mreyyah and other settlements.

We regret to say that neither large-scale military operations nor the humanitarian catastrophe in Syria have ever succeeded in uniting the international community to help the needy people. Humanism and compassion are pushed into the background by the West. And the countries that prioritized the task of overthrowing Assad, throughout the conflict, tried to use humanitarian themes in their own interests and exert pressure on Damascus.

Ctrl Enter
Noticed oshЫbku Highlight text and press. Ctrl + Enter
We are
What you didn't want to know about EnglandKurdish question in modern Syria
15 comments
Information
Dear reader, to leave comments on the publication, you must to register.