January 4 2018
61
Latvian President Raymond Vejonis approved a law on the status of a participant in the Second World War, which equalizes veterans who fought on the side of the USSR and Nazi Germany, the official publication Latvijas vestnesis reports.


In December 2017, the Latvian Diet finally adopted the law on granting the status of a participant in the Second World War to citizens of the country who fought in regular military units against both Nazi Germany and the USSR. The law does not apply to non-citizens. 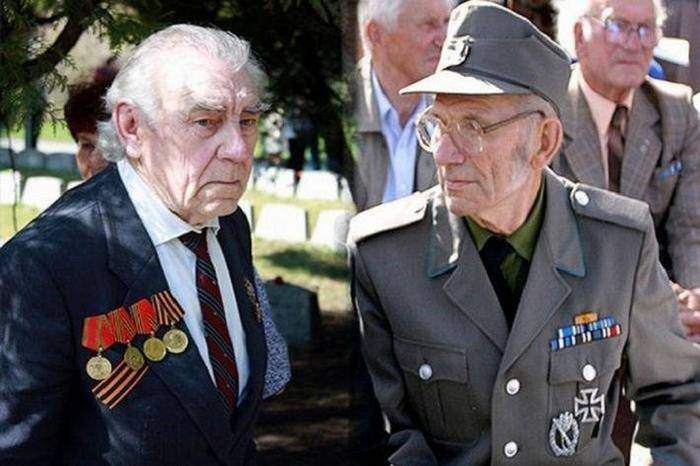 The participants of the Second World War are the citizens of Latvia, who were such as 17 on June 1940, and permanent residents of the republic, who legally entered the country before that date.

Participants in the Second World War will not be recognized by employees of the National Socialist Party of Germany and its paramilitary structures, secret police and security services of this regime. This status will also not be assigned to employees of the KGB of the USSR or the Latvian SSR, with the exception of employees of financial and administrative departments. The status of a participant in the Second World War will not be assigned to persons convicted of crimes against humanity and other crimes.

The law states that Latvia "is not legally responsible for the acts of the occupation authorities during its occupation and that, as an occupied state, it did not participate in hostilities during the Second World War".

The participants of the Second World War are scheduled to issue a certificate of the established sample and a commemorative breastplate. .

Every year on March 16 in Riga, a procession of former members of the Latvian SS Legion and their supporters takes place. The event, which causes discontent and indignation of anti-fascist organizations around the world, usually attended by several hundred people, reports RIA News.

Ctrl Enter
Noticed oshЫbku Highlight text and press. Ctrl + Enter
We are
Vejonis urged non-citizens of Latvia to become more active citizensRaymond Vejonis. From the chair of the Minister of Defense of Latvia to the chair of the President
61 comment
Information
Dear reader, to leave comments on the publication, you must to register.