Media: Trump's rocket plans will violate the terms of the INF Treaty

January 4 2018
39
US President Donald Trump, having signed the national defense bill in December, approved the development of a missile that violates the terms of the Treaty on the Elimination of Intermediate-Range and Short-Range Missiles, Time magazine writes. 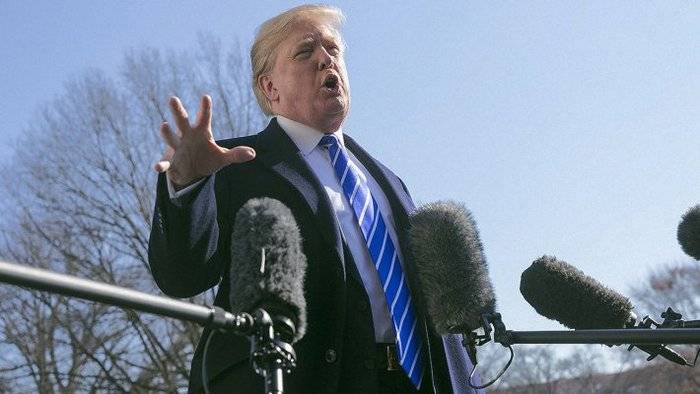 The project budget for a land-based mobile cruise missile is 25 million dollars. New development, as noted in the article, should be a direct response to the "deployment" of Russia's own missiles, "contrary to" the treaty.

Nuclear expert arms Steven Schwartz is confident that the development violates the terms of the INF Treaty.

The bill requires the Minister of Defense to spend millions of dollars on the development of a non-nuclear mobile rocket, which would be contrary to the terms of the contract if it is tested, manufactured or deployed.
He remarked.

According to the director for disarmament and reducing the level of threats of the Association for Arms Control Kingston Rafe, the new American rocket increases the likelihood that Russia will respond with an official denunciation of the treaty, reports RIA News

Ctrl Enter
Noticed oshЫbku Highlight text and press. Ctrl + Enter
We are
Rockets are banned, but we will develop them. The second round of confrontation between the USA and Russia
39 comments
Information
Dear reader, to leave comments on the publication, you must to register.