Coup d'état as a method of American diplomacy 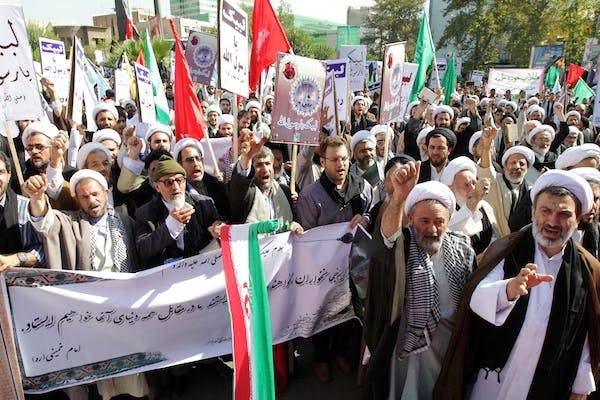 ISIS in Syria officially defeated. Someone, and the American side, illegally, but still present in the territory of the Arab Republic, should have been aware of what is happening. And even better to recognize the fact of the defeat of a terrorist organization in all localities. The only exceptions are areas under the control of the same Americans, where an armed formation is being formed from former executioners and thugs - the “New Syrian Army” - a project that Washington has been lobbying since the beginning of 2015.

The fact that the terrorists of the United States are yesterday’s terrorists speak not only in the media of Russia or Syria. References to military training by foreign instructors of radical extremists to fight the Syrian government are increasingly infiltrating the Western press, becoming publicly available to the international community. Perhaps all this is not easy to recognize the ordinary Europeans. Nevertheless, training centers for retraining igilovtsy in the fighters of the "New Syrian Army" really exist in the provinces of Hassek and Homs. It is here, at the military bases of the United States, which are located in exactly nearby refugee camps, the former bearers of the ideas of the great Caliphate comprehend new ideological heights and principles - the democratic values ​​and freedoms of the West.

However, such "pranks" - only the tip of the iceberg. To regain its influence in the Middle East, the United States engaged in a whole range of activities. As a result, not only Syria, but also countries supporting official Damascus, came under the gun of America.

Since December 28 mass riots began in large populated areas of Iran. As if having forgotten what the “democracy” of the American model has led in the once prosperous Iraq and Libya, the Iranians are demanding a “change”. Protesters shouting political and economic demands came out on the streets of Tehran, Mashhad and other cities. Of course, the political elite of the West did not pass by mass unrest. Several dozen people have already become victims of the demonstrations, and the American president expressed sympathy to the inhabitants only in connection with the “repression” of Tehran, the lack of food and freedom. In addition, Trump accused the authorities of the Islamic Republic of supporting terrorism, which, according to the head of the White House, and provoked discontent of the local population.

Against the background of the turbulent situation in Iran, which the political leaders of this country associate with US intervention, Tehran, in turn, expressed concern about the US military presence in Syria.

The fact that the presence of the US armed forces in Syria is abhorrent to all international norms was recalled to Washington by Secretary of the Supreme National Security Council of Iran, Admiral Ali Shamkhani. In an interview with Al Mayadeen, he noted that, unlike Iran and Russia, the United States did not agree with official Damascus to send contingents to Syria. This is the occupation of a sovereign state, and the unrest in the cities of the Islamic Republic is a consequence of the intervention of the United States, Great Britain and Saudi Arabia, who are thus trying to rid Damascus of allies.

This is not the West’s first attempt to rebel the people and organize something like a “color revolution” in Iran. Earlier in the Iranian Foreign Ministry reminded that the United States for 70 years intervened in the internal affairs of Iran. According to Iranian Foreign Ministry spokesman Bahram Kasemi, the United States stood at the head of the coup in 1953. Moreover, the United States provoked the Iran-Iraq war, and now they are doing everything possible to present the protests in the country as massive, inciting them and covering events in the foreign media at their discretion.

Today, these attempts remain unsuccessful. And Syria is too important and long-time ally for Iran. Tehran has supported supporters of Assad from the very beginning of the Syrian crisis in 2011, providing billions of dollars for the economy, sending advisers, as well as the military. They do not intend to turn away from the legitimate Syrian authorities in Iran even now, despite external interference. Shamkhani explicitly made it clear that Iran will seek not only the withdrawal of the United States from all Syrian territory, but also continue to render assistance in holding a Congress of national dialogue to determine the future of this country.

Ctrl Enter
Noticed oshЫbku Highlight text and press. Ctrl + Enter
We are
A great interview with Sergey Lavrov: about Ukraine, Obama and IranWhat you didn't want to know about England
31 comment
Information
Dear reader, to leave comments on the publication, you must to register.