Abrau-Durso: a village erected by a warrior, a wine that has become a symbol. Part of 1

January 9 2018
46
Looking in the direction of political squabbles on the New Year holidays, and even on the eve of Christmas, I somehow do not really want to. Therefore, I offer to dear readers history and a photo walk (photo of the author) on a landmark place these days - on Abrau-Durso. After all, Abrau is not just the birthplace of champagne. The settlement was founded by a personnel officer of the Russian army. Few people know, but the tragedies of our history could have repeatedly erased Abrau from the face of the earth, but first things first ...


Officially, Abrau-Durso was founded in 1870, according to the “royal command to establish a new special unit.” The management of the estate was entrusted to General Dmitry Vasilyevich Pilenko, the first head of the Black Sea region. The first agronomist to make out in Abrau-Durso a unique monument of nature, created for winemaking, was Fedor Heyduk. Czech by birth, he saw in Russia and only in Russia he supported Slavs and worked extremely fanatically. He raised not only viticulture on the Black Sea coast, but also gardening, and tobacco growing, etc. Together with Heyduk, his compatriots reached the Novorossiysk district, founding the villages of Glebovka, Kyrylivka, Mefodiyevka, and so on. And Haiduk was generally named after Fyodor Heyduk, however, in the Russian manner. 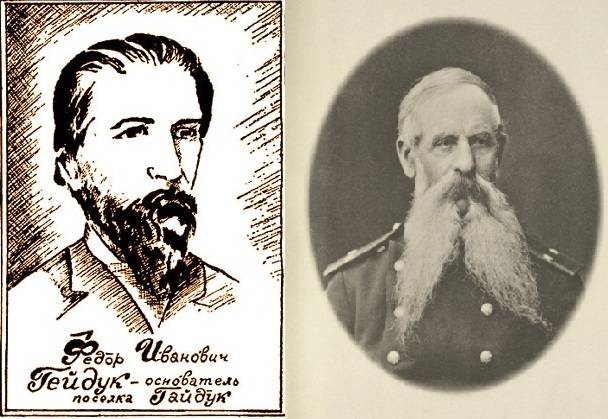 General Pilenko, meanwhile, rebuilds Novorossiysk, Anapa and, of course, Abrau. Dmitry Vasilievich founded the first Novorossiysk schools, wrote a lot about the features of the local climate and landscape. That it can be considered the founder of Abrau-Durso. 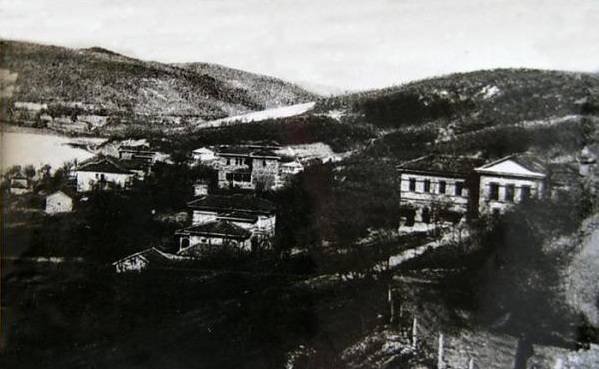 Suddenly, in the 1876 year, on the eve of the next Russian-Turkish war, General Pilenko, the support and Comrade Heyduk, fell into disfavor. And, accordingly, Geyduk himself fell into disgrace. A few years before, he had managed to purchase abroad and plant vines of the Riesling and Portugiser varieties. The war and the disgrace of the main enthusiast led to the desolation of gardens and vineyards. The edge itself is also empty. The new manager and high authorities were in no hurry to revive the unique area, and the grapes gave, with complete indifference from the new “owners,” a wonderful harvest. There was only a question, what to do with it.

Heyduk bought the harvest and created the first Abrau wine, which, to everyone's surprise at the wine exhibition in Yalta in 1884, easily bypassed the recognized Crimean wines. At the same time, unique Abrau cellars with an amazing microclimate were dug. Despite this, the wild inertia of thinking of the authorities, slander, envy and death of his beloved wife, as well as the rumor that the Black Sea region is going to be abolished with the infusion of this special land into the continental Kuban , we are not better, not worse - we are just different) forced Heyduk to leave Novorossiysk. As a result, the legendary agronomist and servant of the Fatherland, whose surname was thoroughly washed out during his lifetime, died from a stomach ulcer in 1890 on the way to the Far East and was buried in Vladivostok. 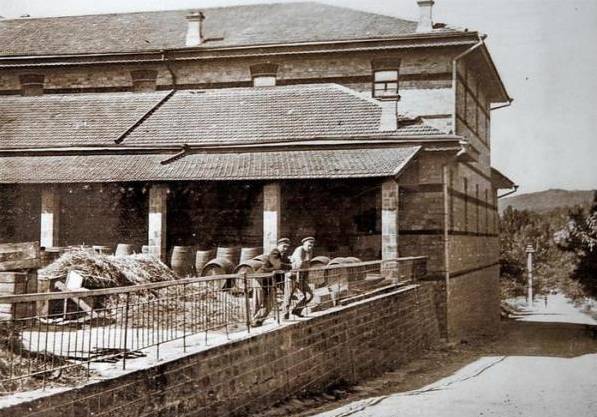 One of the industrial buildings of the plant

The fate of General Pilenko was somewhat different. Leaving the post of chief of the Black Sea region in 1876, he takes command of the Kuban Cossack division and sets off for the Russian-Turkish war. After two years of fighting, he retires with the rank of lieutenant general. Cavalier of the orders of St. Anna, St. Stanislaus, of sv. Vladimir, winner of many medals (“For the conquest of Chechnya and Dagestan 1857-59”, etc.) and crosses settles in his estate Khan-Chokrak (Crimea) and starts ... to grow grapes and plant gardens. Dmitry Vasilyevich will die in the 1895 year, immediately after his beloved wife. They will be buried next to each other in the garden laid down by the efforts of the tireless general.

But what about the vineyards of the Black Sea? The powerful groundwork of General Pilenko and the agronomist Heyduk bore fruit. The authorities finally realized what resource they could lose. In 1891, Prince Lev Golitsyn (who had already become a noble and experienced wine-maker) became the main wine-maker of Abrau. True, by this time the line of wines of Abrau had already taken shape, and the prince, a big fan of champagne, was laying vineyards of champagne varieties and would improve the existing cellars. In 1890, a factory building, new basements, tunnels and a highway to Novorossiysk are being built. And already in 1896 the first champagne "Abrau-Durso" goes on sale.

View of Lake Abrau from the east

In 1905, the French champion Dravigny became the main champion of Abrau. In his years fell one of the most difficult periods of our history. At the same time, “Abrau-Durso” becomes the court champagne, and the Dravigny is awarded with a gold watch and a gold cigarette case from the hands of Nicholas II himself. Now our champagne conquers even the overseas market. He is preferred even in the USA, despite the price.

But the war that flared up in Europe again hampered the development of the region. In 1916, all French champagne specialists working in Abrau were recalled by the French government to their homeland. The First World War completely erased all the dreams of turning Abrau into Champagne. During the following years, new runs of champagne were not pawned. The status of “Abrau” champagne was steadily declining, and accordingly the status of the power challenging the primacy in the art of winemaking. Nobody thought about it then, like many other things. It is difficult in the situation of a series of tragedies and the death of an entire empire to understand that the production of your own champagne is not just prestige, but also a complex industrial cycle, level of education, and so on.

Around the same time, when the war was raging in our area and its constant companion - hunger, the future major general and legend of the Soviet Union arrived at the vineyard aviation Vladimir Kokkinaki. In a strange way, but the history of Abrau and viticulture is closely intertwined with the service people of our Fatherland. The history of Kokkinaki and his work on plantations is a vivid example for the “Bulk-crunches” who like to fantasize about the great aristocratic Russia and the bloody “reds”. In the terrible heat without protective equipment, Vladimir, then still a very young boy of 11 years old, worked from morning to night. And when he was "promoted", holding a bottle of sulfur from pests on the boy’s fragile shoulders, his skin began to slide in the literal sense. But this did not bother anyone. Moreover, the assault was also not an out of the ordinary event then. Such victims were forged by a whole industry of the South of Russia. 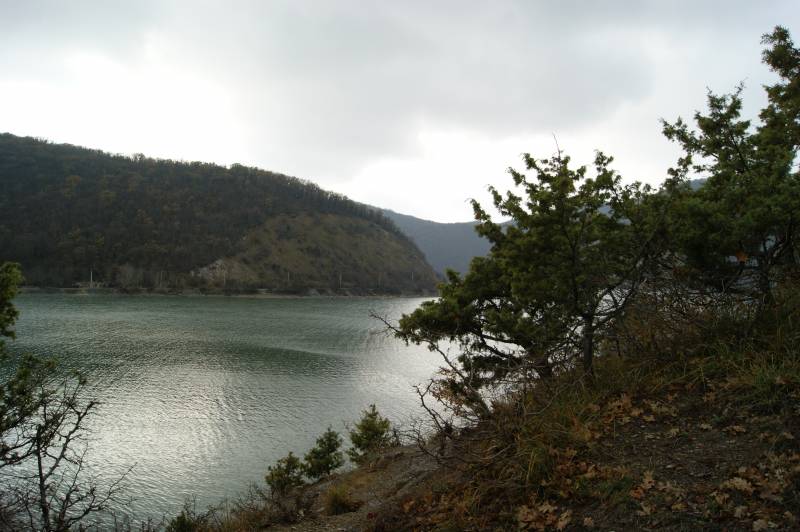 Finally, the chaos of the civil war began to subside, Soviet power was finally established in Abrau. And these people, who are accustomed in certain circles to blame for illiteracy, immediately realized the full potential of champagne production. In 1920, the decision was made on the basis of the state farm "Abrau-Durso". Edward Wedel stood at the helm, an experienced winemaker of the so-called "quiet" wines. A research work in the field of improving the industrial production of champagne was headed by a truly outstanding son of Russia Anton Frolov-Bagreyev. 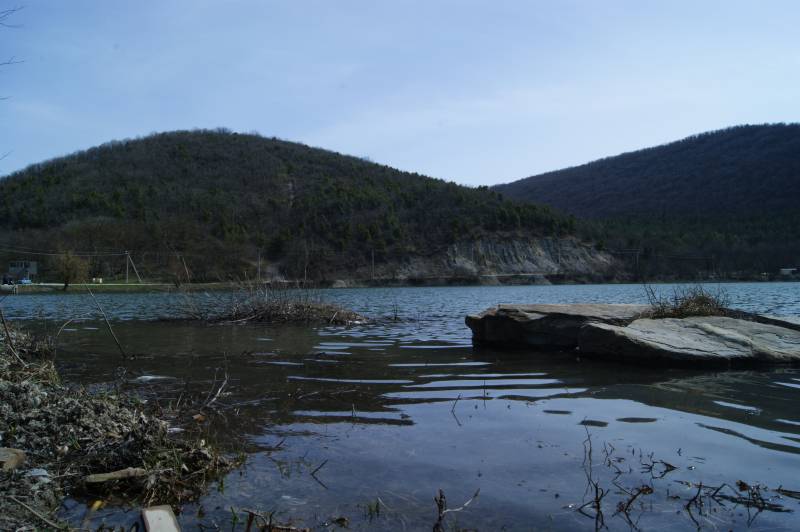 His story is in unison with the history of our country. In 1905, he was suspected of revolutionary activity, according to some sources, not without the help of French colleagues, who saw a competitor in a smart young Russian winemaker. And a competitor who not only wants to repeat the French technology, but surpass them. By the way, the winemaker’s entire fault before the authorities was that he signed a petition to the specific department of the tsarist government to improve the material and legal condition of the workers of the factory of sparkling wines. They say the glory of Russian champagne, we got our hands for you, do not judge me and do much good to us. And we already know what orders were going on in this “champagne” house.

Abrau is slowly but surely winning his position. Moreover, the state farm is turning into a real research center through the efforts of Frolov-Bagreev, who was finally able to return to his native heartlands thanks to Soviet power. Anton will become the founder of the technology of sparkling wines and the founder of the exclusively Soviet national school of champagne.

And again the war, which ruined Abrau to the extreme ... But this is already in the next section.

Ctrl Enter
Noticed oshЫbku Highlight text and press. Ctrl + Enter
We are
Sanatorium "Paratrooper" in AnapaYuri Drozdov: Russia prepared the role of the sacrificial calf
46 comments
Information
Dear reader, to leave comments on the publication, you must to register.