For what the West revenges Russia?

April 11 2012
170
Over the past few years, the Russian public has managed to get used to the fact that the foreign press covers events in Russia through the prism of state policies of certain countries. It would seem that such a notion as an independent and objective press in the West simply got stuck and pretty worn out during its existence. Almost any article about Russia and Russian politics gave a certain engagement and a whole bunch of the most real conjectures and provocative judgments. 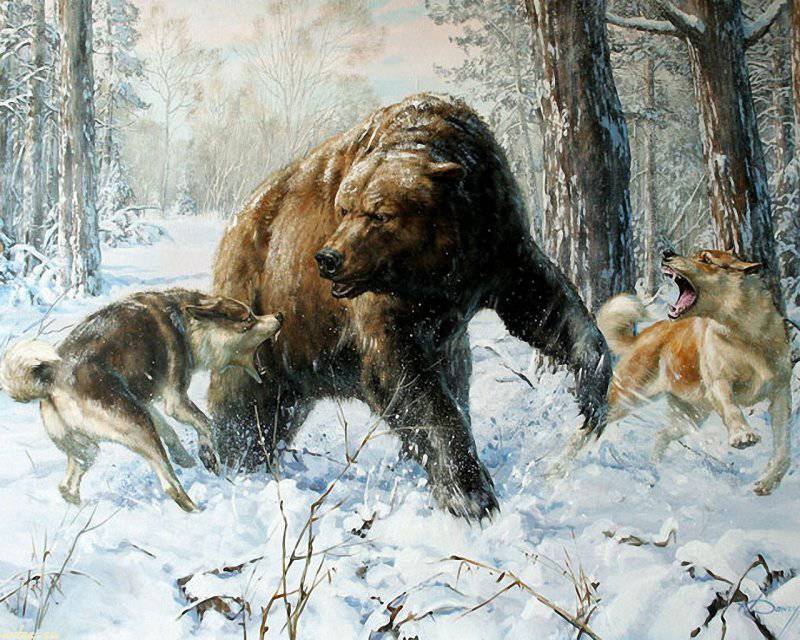 However, as practice shows, not every Western journalist and political observer is inclined to see in Russia the very notorious first-order enemy, about which the Republican Mitt Romney recently spoke out. Almost at the same time, some US and French political scientists decided to give an answer to why lately in the Western press a real hysteria has risen over the “Russian threat” and the return of Vladimir Putin to his post. At the same time, European experts on both sides of the ocean are thinking about a new round of Western Russophobia and, specifically, Putinophobia are quite consonant.

In the French edition of L'Humanite, Dr. Grenoble University University of Grenoble, wondering about the opposition of the elected Russian President to the Western public, says that the Western world in Putin wants to see the leader of the state-enemy of Western democracy and completely turns a blind eye to the real situation. Jean Zhironimo is sure that both French, and American, and other Western journalists are creating the image of Vladimir Putin as a tough authoritarian politician absolutely consciously. After all, to carry out the so-called ideological treatment of the population of the West today is very profitable. While the West itself is experiencing colossal economic and integration difficulties, it must convince its citizens that these difficulties cannot be compared with the “despotism” and the “obscurantism” that exists in Russia. They say that you will perceive Russia and Putin as we tell you, then together we will cope with the enemy raising his head.

Gironimo states that they are trying to expose Putin to a sort of demonic personality, because the West is simply not profitable to strengthen Russia. Such words of a French expert are perfectly illustrated by the opinions of journalists from a number of American publications. For example, the edition of The Chicago Tribune says that Russia definitely needs to be perceived as the number one enemy, since it interferes with the US democratic plans. A reader who is familiar with such materials will be confident that the Russian Federation is indeed sponsoring Iran to create nuclear weapons in underground laboratories. weapons, Russia supports the regime of Bashar al-Assad, which destroys civilians who count on outside help, Russia specifically increases the cost of military procurement in order to strike at the United States one day. Such publications, “revealing the demonic character” of Putin and Russia, form public opinion among those citizens of the United States, whom only the word “Russia” leads to a state of shock. Keeping people in constant fear of an external enemy is a great idea that makes it much easier to rule the people. The ideology, designed for housewives, extends to most of the US population and is ready to turn into a new cold war with Russia at the level of civil institutions.

Even more harsh words about the modern Western press and politics towards Russia are expressed by the American political analyst, an expert on the Russian Federation, Stephen Cohen. During a conference on acute issues of the new Cold War at Columbia University, Cohen said that today's attempts by the West to give Russia and Putin the image of their main enemies are common revenge on the part of those in power in the United States for failing to clean up completely. hands of Russia in 90-s.

Such words of Stephen Cohen in the United States have caused the widest resonance. As usual, they heard accusations that Cohen's words were engaged, and that he was working for the Kremlin. But this in no way embarrassed the political analyst, who said that these attacks are only a mosaic of great Western revenge against Russia and those who are trying to bring objective information to the West about what is happening in it (in Russia).

Stephen Cohen literally attacked those American journalists who say that on May 7, 2012, the chair of the President of the Russian Federation will be occupied by a dictator and a state criminal who suppresses the opposition. The American political analyst noted that he personally explains such views of the authors of publications in publications by the fact that these authors simply can’t or simply don’t want to realize that Russia has already passed the end of 80-x-beginning 90-x, when, in fact, it was huge American colony.

Cohen makes comparisons of Russian journalistic assessments of the 90 model in the USA and today's estimates. At the same time, he reminds the American journalist fraternity that she, for some reason, stubbornly did not notice the suppression of the opposition by the first President of Russia Boris Yeltsin and did not notice the falsification of the 1996 election results of the year, did not notice the orders issued by him to shoot the Government , did not notice the barbaric privatization conducted by Boris Nikolayevich’s entourage. In 90, no one in the West thought of calling President Yeltsin a dictator who sent troops into Chechnya, although he could solve the “Dudaev question” using completely different methods.

Cohen asks American politicians and journalists the question: why today, at the mere mention of Putin’s name, they become hysterical and ready to pour tons of dirt on the Russian leader, for whom more than 64,6% of votes cast their votes in the March elections. At the same time, Putin is trying to ensure international agreements, speaks about the readiness to go for rapprochement, conducts a whole range of political reforms in Russia, declares that Russia wants to cooperate with NATO. However, no one in the West can hear these words, since the self-intimidation of Vladimir Putin’s personality has reached its apogee. Cohen recalls that Putin’s personality does not give the United States peace of mind due to the fact that he, seeing how the West does not want to come closer to Russia, chooses a course towards integration with other countries and associations - BRICS, the Eurasian Union, the SCO.

Apparently, the words of Stephen Cohen and Jean Gironimo served as a serious injection for many American politicians and journalists, because no intelligible answers to their speeches have yet been followed, if not to talk about Cohen's financing of the Kremlin. And, as you know, silence is a sign of agreement. It turns out that Western sharks of the pen and leading politicians simply cannot find worthy excuses for the accusations of their own political scientists.
In this regard, it must be stated that today in the West there are people who did not fall under the influence of total Putinophobia, but are engaged in an objective analysis of the events taking place in Russia. However, these political scientists and journalists have to work in the harsh conditions of the imposed public confidence that Putin's Russia is the main enemy of the development of the West.
Summarizing the essence of the struggle of Cohen and Gironimo for the objectivity of public opinion of the West in relation to Russia, it is worth citing one eloquent historical example.

In 50 in the United States, one of the most popular senators was Republican Joseph McCarthy, who denounced communism as an ideology that could destroy the unshakable foundations of the United States. In any of his television and radio presentations, he uttered the words that literally all political spheres in the States are permeated by the Communists who work for the USSR. Spy mania in the USA due to the “denunciations” of McCarthy reached its peak by the middle of 50. Soviet spies were searched literally everywhere. Most Americans perceived the Soviet Union as a symbol of world demonism. But the work of McCarthy once caused a number of questions from one of the American journalists - Edward Marou. He opened the falsification of "spy" data from McCarthy, and announced on the air to the whole country that the Republican senator simply lies to the American people. The phrase Ed Marou “we cannot defend freedom abroad if we are not able to defend it at home” became a real slogan for those who spoke about the struggle for freedom and democracy in the 50s. After being exposed by a journalist, the career of Joseph McCarthy rolled toward sunset. The objectivity of a simple journalist turned out to be higher than attempts to seize public opinion on the part of a high-ranking official.

Hopefully, both Cohen and Gironimo will become for the modern West new Marows working exclusively for objective coverage of events. By the way, Russia will not interfere with their Marou too ...

Ctrl Enter
Noticed oshЫbku Highlight text and press. Ctrl + Enter
We are
Auto racing for real menGeopolitical mosaic: DPRK threatens enemies with a "special tool", and Mitt Romney caught up with Barack Obama
170 comments
Information
Dear reader, to leave comments on the publication, you must to register.