In Donetsk, fear of provocations in connection with the arrival in Ukraine of German Foreign Minister

January 3 2018
40
The representative of the operational command of the Donetsk Republic Edward Basurin did not rule out provocations by the Armed Forces of Ukraine in connection with the visit to Ukraine of the Minister of Foreign Affairs of Germany, reports RIA News. 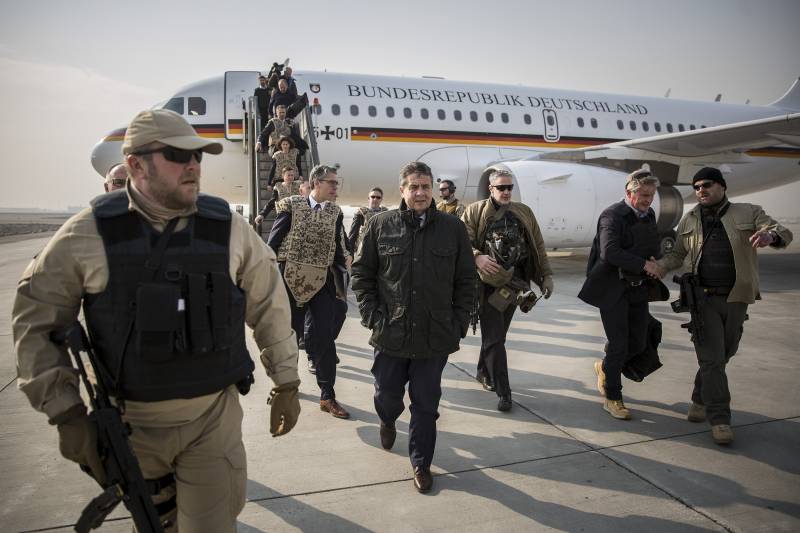 Earlier in the Ukrainian Foreign Ministry reported that 3-4 January in the country with a working visit will be the head of the Foreign Ministry of Germany Sigmar Gabriel. "The key issue of the negotiations will be the role of the Federal Republic of Germany together with France in the framework of the" Norman format, "the release says.

He is expected to visit the contact line in the Donbas together with his Ukrainian counterpart Pavel Klimkin.

In connection with the arrival of 3-4 in January to the zone of the so-called ATO of the German Foreign Minister, accompanied by his colleague from Ukraine and media representatives, we do not rule out provocations by the Ukrainian Armed Forces during this period to prepare fake reports accusing our armed forces of shelling territories settlements temporarily controlled by Ukraine,
told reporters Basurin.

Ctrl Enter
Noticed oshЫbku Highlight text and press. Ctrl + Enter
We are
Weekly summary (30 January-5 February) on the military and social situation in the DPR from the military officer "Mag"
40 comments
Information
Dear reader, to leave comments on the publication, you must to register.