Failure of the USA in Syria: Washington is defeated, but is preparing a rematch

January 4 2018
33
Support for armed formations by individual countries remains a key factor hindering the settlement of the military conflict in the Syrian Arab Republic. Recently, the political leadership and military command of the United States has been demonstrating stronger interest than others to maintain the established tendency to destabilize the situation. 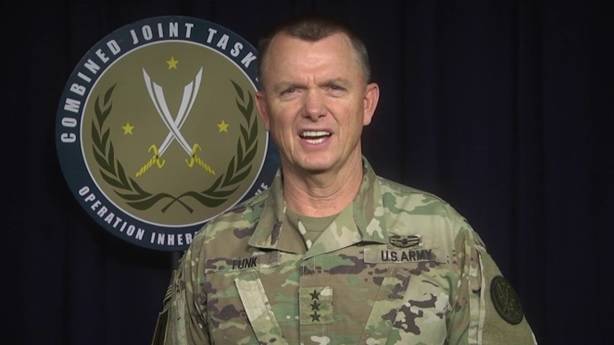 On the eve of the commander of the operation "Unshakable determination" (military operation of the international coalition against the terrorist group ISIL in Syria and Iraq - Editor's note.) Paul Funk said that, despite the successes achieved by the US and its allies in the Middle East, the ideology continues to spread in Syria and Iraq "Islamic state".

The fight against the pseudo-caliphate is one of the main pretexts to which the “guarantor” of world security regularly justifies the illegal presence in Syria and the support of armed opposition groups known for their close ties with the militants. Given that the voluntary abandonment of Syrian territory for a number of reasons runs counter to the interests of the international coalition, statements by the American military and political leadership about the threat of ISIL are repeated at enviable intervals.

It is noteworthy that, while engaging in an active information campaign to support the myth of the survivability of igilov jihadi survivors, the Pentagon and the White House administration do not forget to back up the theory being advanced with concrete decisions. So, three weeks earlier, US President Donald Trump signed the defense budget, under which the 2018 million dollars was proposed to be allocated to the “last selected Syrian opposition” in 393. In addition, Washington will provide 107 millions more for the “moderate opposition” training program, so the total amount of deductions will be half a billion dollars. According to the deputy commander of the Operation “Unshakable determination”, at the moment more than 12 thousands of Syrians have been trained, and plans to continue increasing the number of students this year.

Obviously, US military bases in Syria, which number at least 11, will become the main forge where new personnel will be forged. At the same time, it should be noted that the affiliation of the material being taught to the representatives of the opposition is highly doubtful. A vivid example of this is the scandal that erupted around the US military base of Al-Shaddadi, located in the southeast of the province of Haseka. According to Russian and foreign media, at least 750 people are trained in the territory of the US military facility, including militants of the Islamic State group. In addition, the SANA news agency and the Iranian publication FARSNews reported that aviation In the last month, the United States evacuated ISIS terrorists from Deir ez-Zor province to Al-Shaddadi area at least twice.

There is no doubt that the efforts undertaken by Washington pursue one main goal. As you know, the American initiative to break up another country in the Middle East was a failure and brought its authors enormous economic and reputational losses. In turn, the decisions taken, accompanied by active informational support, indicate plans to arrange a revenge for Damascus, returning the final conflict to an active phase.

Summarizing, to say that the transatlantic "partner" will leave Syria and will not try to regain the status of the main "solver" of all Middle Eastern problems.

Ctrl Enter
Noticed oshЫbku Highlight text and press. Ctrl + Enter
We are
A great interview with Sergey Lavrov: about Ukraine, Obama and IranStrategy: life or death!
33 comments
Information
Dear reader, to leave comments on the publication, you must to register.