December 30 2017
71
The US authorities have no plans in the near future to increase the role and number of American military instructors in Ukraine. This statement was made by the head of the Pentagon, James Mattis.

No, I do not see a change in the role of US forces in Ukraine. I do not think that our number has changed within six months, and this is not planned now. There are absolutely no plans to change this number.
- told US Secretary of Defense. 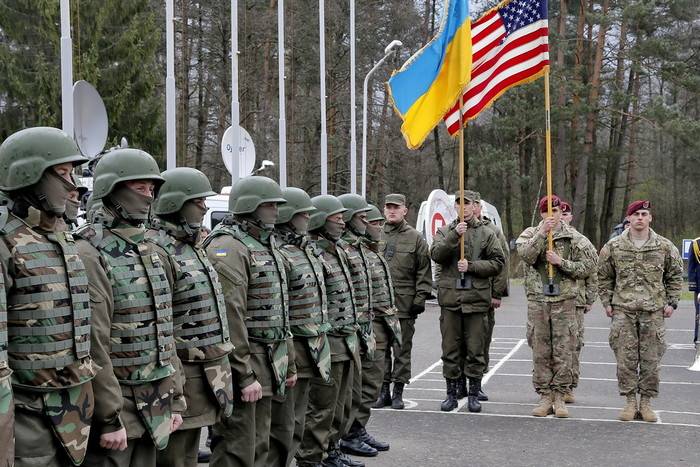 At the same time, Mattis assured that any changes in the number of American military advisers in Ukraine are explained only by their rotation.

The US military has been training Ukrainian troops since 2015.

The head of the Pentagon also commented on the recent decision of Washington to begin supplying arms to Kiev.

Hopefully, it will not have any major impact, as long as no one wants to invade Ukraine. It's about defensive weapons
- said Mattis, who quoted Tass.

Recall that at the beginning of the week, the US State Department confirmed the White House’s intention to begin supplying lethal weapons Kiev, including modern anti-tank missile systems Javelin. It is reported that 35 launchers Javelin and 210 anti-tank missiles will be delivered for a total amount of 47 million dollars. Later it became known that Washington decided to put Ukraine large-caliber sniper rifles Barrett M107A1.

According to Deputy Foreign Minister Grigory Karasin, “in this way Washington’s hawks are trying, as they believe, to raise for Russia“ the cost of the conflict in the Donbas. ”