December 30 2017
79
Russian President Vladimir Putin signed the law on amendment to the Criminal Code, which provides for liability for abuse of authority in the performance of the state defense order. The document was published on Friday on the official portal of legal information. 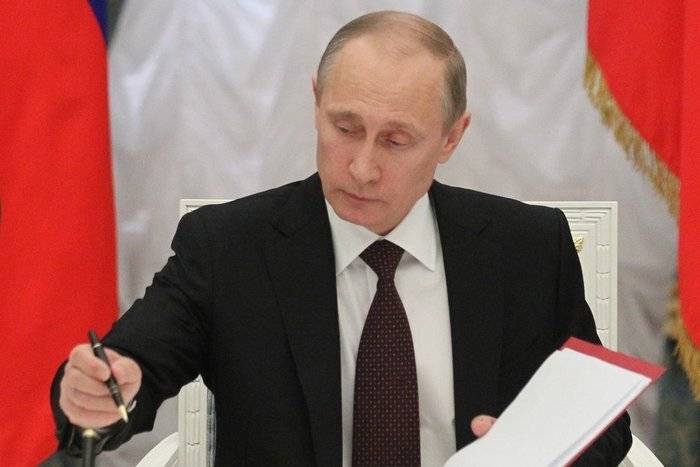 As explained earlier by the head of the Committee on Constitutional Legislation and State Construction, Andrei Klishas, ​​the Criminal Code of the Russian Federation is supplemented by two new articles establishing criminal liability for abuse of authority by the performer and customer of the state defense order.

Abuse of authority in order to derive benefits and advantages for oneself or other persons is envisaged as qualifying signs of this crime, which at the same time should entail substantial harm to the legally protected interests in the performance of the state defense order.

An equal sanction is established for the indicated crimes both for the customer under the state defense order and for his performer. The maximum penalty imposed by the imposed sanction will be 10 years in prison
said Klishas. According to him, the symmetry of the introduced norms is "a signal for the participants of the state defense order - the state will pursue theft in this area with the utmost severity regardless of who committed the crime."

Ctrl Enter
Noticed oshЫbku Highlight text and press. Ctrl + Enter
We are
Federation Council of the Russian Federation: Dutch authorities are preparing "reasonably" to raise the issue of the extension of EU sanctions against Russia
79 comments
Information
Dear reader, to leave comments on the publication, you must to register.