December 30 2017
122
The International Olympic Committee expressed its dissatisfaction with the appearance of the beans and the athletic form of the representatives of the Russian bobsled team. It was stated that a letter had been received from the IOC bureaucrats stating the need to change the color gamut of sports equipment and tracksuits. In particular, representatives of the International Olympic Committee did not accept the drawing with curls on the overalls of Russian athletes.


In addition, it is reported that the irritation of the IOC caused a red color used by Russian bobsleighs.

TASS cites statements by the Secretary General of the Bobsled Federation of Russia, Sergey Parkhomenko:
The IOC has some remarks on our version of the form. So, in our curls on the overalls of athletes, international officials saw Russian motives. We were also asked that the color of the beans was not as red as on the Russian flag. Therefore, we will make them a little burgundy.

Recall that earlier in the IOC said that the sports uniform and sports equipment "Olympic athletes from Russia" (OAR) should not contain more than 2-s colors of the national flag. Now it turns out that even one color (and this is exactly red) caused a negative reaction from the committee. 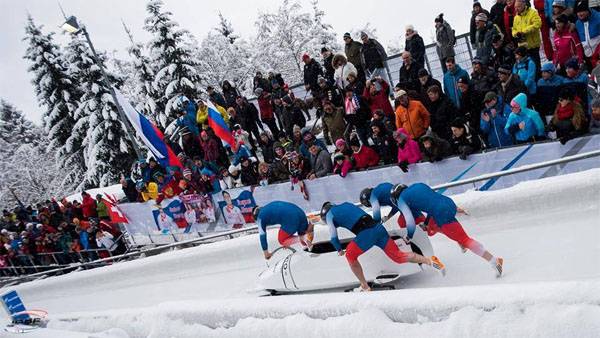 Earlier in the media there was information that the maximum number of Russian athletes, which the IOC is ready to allow before the Olympics in South Korea - about 200.

Against this background, the Rospotrebnadzor reported the high risk of a bird flu epidemic in Pyeongchang during the Olympic Games there during the week.

Ctrl Enter
Noticed oshЫbku Highlight text and press. Ctrl + Enter
We are
Russian sport "in neutral status", or WADA against RUSADA
122 comments
Information
Dear reader, to leave comments on the publication, you must to register.