The mystery of the death of Ivan Goremykin

December 30 2017
28
“The main real force of the state, whatever its form, is a developed and strengthened self-reliance personality; only the habit of self-government can develop the ability of people to develop themselves; the development of bureaucracy and government care creates only impersonal and disjointed crowds, human dust. ” It is hard to believe that these lines were written by a man who, during the distribution of roles in the tragedy “Russian Revolution,” fell marazmatiruyuschego, surviving from the mind of the decrepitude of the bureaucrat, to all indifferent grandee, with the appearance, as one famous memoirist, “bream ice cream”. 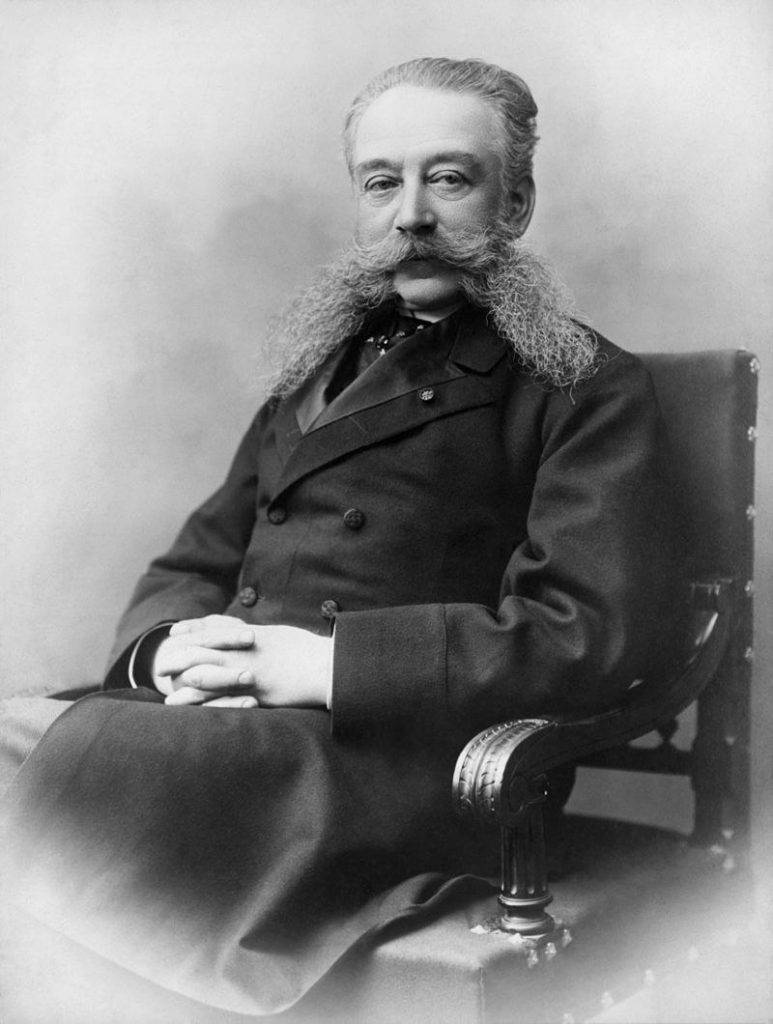 Ivan Logginovich Goremykin (1839 – 1917), without any doubt, was not at all a cartoonist character. The most experienced lawyer, administrator, expert on the “peasant question”, he, at the end of his long career, rose to the highest level of civil service in the Russian Empire: senator, member of the State Council, Secretary of State, Minister of the Interior (1895 – 1899), twice Chairman of the Council of Ministers - in April - July 1906 of the year and from January 1914-th to January 1916-th. In sending Goremykin to resign from the post of prime minister in 1916, Nicholas II granted Ivan Logginovich the rank of a real class I Privilege Counselor, equal to the military rank of Field Marshal. Over the entire existence of class positions in Russia, this was only the 13-e award of such a high distinction.
We will leave behind the line of our narrative an assessment of Goremykin's state activity in his high posts, confining himself to the remark that the majority of our historians have this very low estimate. The focus of our attention will be the short period of life of the ex-premier, which followed the fall of the empire. Survive the tragic year for Russia 1917, our elderly hero was not destined.

The last year of existence of the monarchy, from January 1916-th to February 1917-th, Goremykin, remaining a senator and a member of the State Council, lived, it seems, comfortably. The collapse of the empire made him, Andreev's gentleman and a valid privy councilor, a pathetic prisoner. Among other high ranks of the collapsed regime, Ivan Logginovich, apparently completely demoralized and in a state of deep shock, was taken straight from home to the “ministerial pavilion” of the Tauride Palace, where the Duma was sitting.

A contemporary writes: “... the old bureaucrat has made itself felt in him and in this difficult moment. He came to the State Duma with a pen in his hand; they found him at home writing something at the table, so with a pen, without a cap, in a soldier's overcoat he arrived in a truck in the citadel of the Russian revolution. ” To this picture I would like to make two comments. First, what does “arrived” mean? The old man was arrested, not allowed to get dressed (and cold in Petrograd!), Thrown into a truck and brought to the Duma, clearly against his will. Secondly, the people were still not furious until the end, they gave grandfather an overcoat, and what was under the overcoat? Pajamas?

4 (17) March 1917, the Provisional Government created the “Emergency Investigation Commission to investigate the illegal actions of the former ministers, chief commanders and other senior officials of both civil and military and maritime”. This organization was headed by experienced lawyer Nikolai Muravyov (1870 – 1936), who received the status of a friend (that is, deputy) of the Minister of Justice, who was then Alexander Kerensky.

The masonic democrats who had broken through to power wanted to know: why, in fact, did they overthrow the emperor and put him under arrest of his ministers? In hindsight, it was necessary to find the reasons for the coup. Just say, they did not dig anything. Yes, and you can not say that somehow particularly zealous. Kerensky directly recognized that the facts of espionage of the highest ranks and the empress personally in favor of Germany, failed to find any glaring examples of corruption in the imperial governments of recent years. Even, it would seem, such a “fertile” topic — Rasputinism — didn’t give anything tangible either. 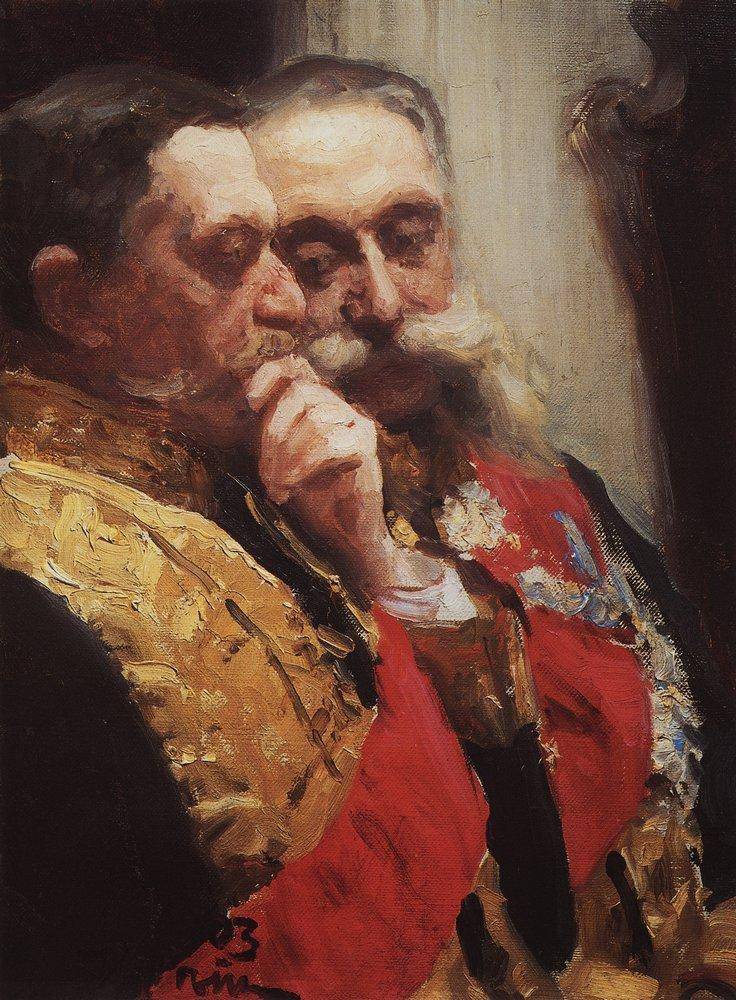 Old Goremykin investigators interested little. It seems that he was interrogated only once - 15 May 1917 of the year. At the same time, Muravyov, who conducted the interrogation of the ex-prime minister, apparently did not understand very well himself that it was possible to impute the blame to that. When Nikolai Konstantinovich, fascinated, suddenly began to read the moral of the old man, Ivan Logginovich, not without malice, asked: “Excuse me generously, is it an interrogation or a lecture?”.

However, most of his answers to the questions of Muravyov look like this: “I find it difficult to answer all these questions, because now I absolutely cannot understand anything and cannot remember.” Or this: “I cannot answer you in all these circumstances, because the memory does not serve me now. So I can't say anything. ” And even simpler: “I don’t remember anything.” This tactic has justified itself. I have no doubt that in some places the former prime minister of the empire was simply cunning and acting: do you want marasmatics? - I'll play you marazmatik. And they let him go.

Goremykin with his wife and eldest daughter went south to Sochi. In the Caucasus, it was warm, calm and comfortable. At first, the family settled on the right bank of the Vereshchaginka river - there was a summer house “Eyrene” (“Mir” in Greek). The trouble came at night on October 22. It was hard to say that some horse bandits, maybe local Bolsheviks, broke into the dacha and waved some kind of paper — allegedly an order from Petrograd — about a search of the former prime minister. They took everything of value, along the way they robbed the owner of the dacha village ... and disappeared into the darkness. By the way, the phone in the country did not work in the morning, which is remarkable. Catch, of course, nobody managed. Yes, and who was catching?

Goremykiny moved to another cottage - in Katkov-Leontievsky tract. There at night 11 (24) of December, according to other data, still 8 of December, they were killed. Ivan Logginovich and Alexandra Ivanovna, his spouse, were strangled. The daughter, also Alexandra Ivanovna, received a bullet wound in the head and soon died in the hospital, her husband, the son-in-law of the former prime minister, lieutenant-general (or colonel?) Ivan Ovchinnikov fought down a bullet in the temple.

The rector of the St. Nicholas Cathedral, the father of the Goremykins, was the father of Yevgeny Ivanovsky (1879 – 1926). During the funeral service, many parishioners lit candles and burned crosses on the doors with their fire ... Alas, there is no longer a temple (a brewery was built in its place), and the Goremykin burial grounds are not preserved. 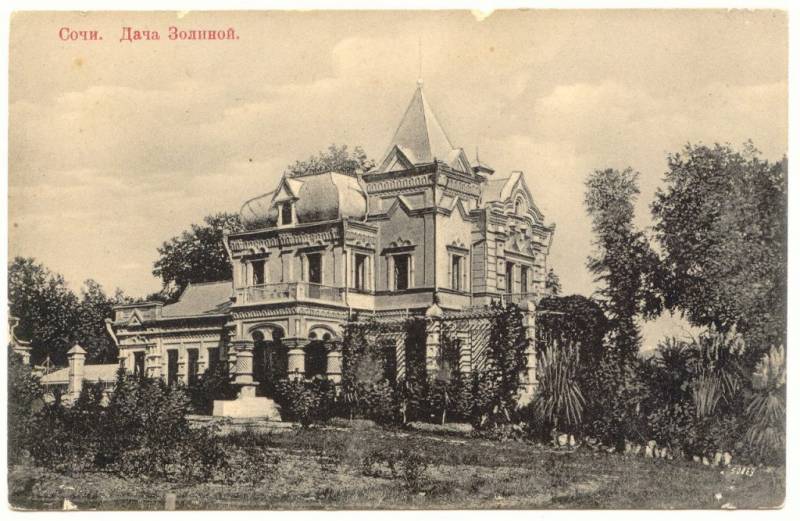 The Bolsheviks took power in Sochi in January 1918. Now they needed to prove that the brutal murder of the family of the Russian ex-prime minister is not a political reprisal, that this is pure crime. To get to the bottom of the truth in this matter is very difficult. Probably already impossible. There are two options to choose from.

The first. The Bolsheviks went on the trail of an inveterate felon named Moiseenko. During a search, a gold ring with a diamond belonging to the younger Alexander Ivanovna was found in his house. Moiseenko himself then fled, although he was later tracked down and shot during his arrest. It turned out that the Goremykin murder was the work of a gang of a certain Lorchenko, which was ended in September of 1922.

Second. He set out in the book of emigrant Nikolai Voronovich, "Between two fires." Allegedly, the maid of the Goremykin family recognized on the city market the killers of their masters, who sold the stolen goods. The maid made a fuss, and the mob staged a mob and tore at the bandits.
In general, these versions do not exclude one another. It is unlikely that the leaders of the gang, the same Lorchenko and Moiseenko, “glowed” on the market. It is clear that they also took “sixes” for the “wet case” ...

Ctrl Enter
Noticed oshЫbku Highlight text and press. Ctrl + Enter
We are
Chernobyl notebook. Part of 3FAPSI Day (1991-2003). Word of Government Communication
28 comments
Information
Dear reader, to leave comments on the publication, you must to register.