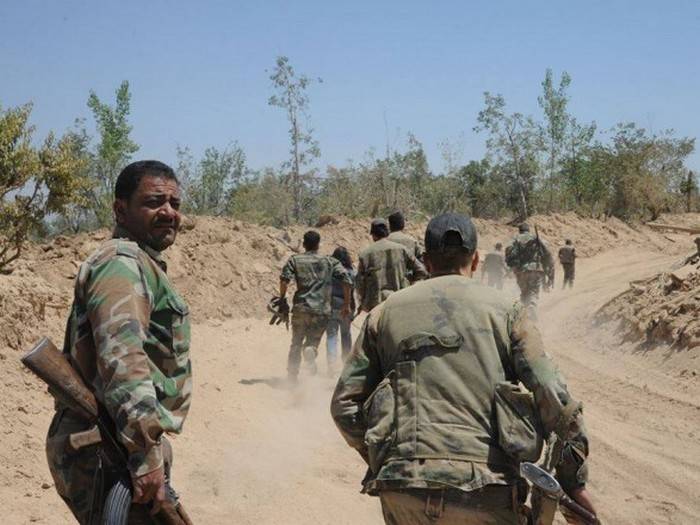 The settlement of Abu-Dali has a strategic importance due to the fact that it is located at a transport interchange connecting several provinces. The militants, in turn, used this settlement as a distribution point on the supply route between the provinces of Hama and Idlib.

According to the source, the military operation of the army in the north-east of Hama goes in the direction of Idlib.

The source noted that fierce fighting with militants of the Dzhebhat al-Nusra terrorist group (banned in the Russian Federation) continues in the north-east of Hama. On the side of the terrorists fighting a large number of foreign mercenaries.

Ctrl Enter
Noticed oshЫbku Highlight text and press. Ctrl + Enter
We are
Reports from the militia of New Russia for 27-28 September 2014 of the year
34 comments
Information
Dear reader, to leave comments on the publication, you must to register.