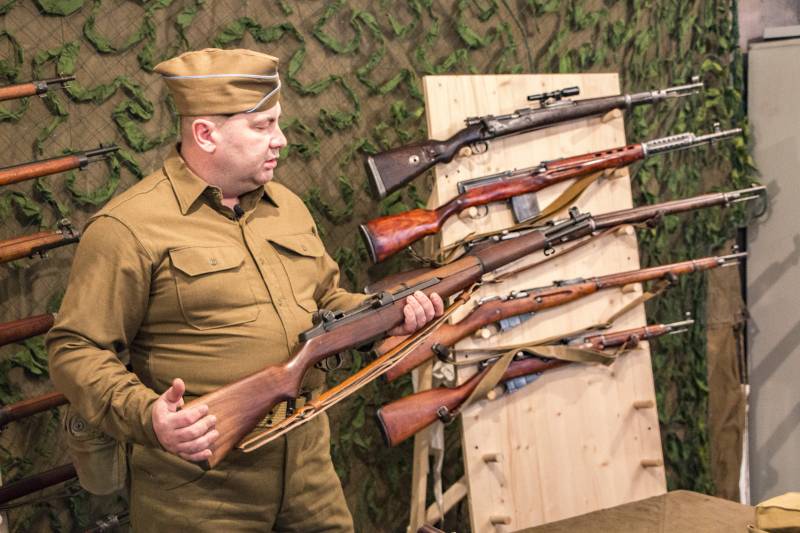 The M1 self-loading rifle was developed in the USA by designer John Garand in 1929. AT history small weapons The M1 entered as the first self-loading rifle, adopted as the main individual infantry weapon, and not in addition to the existing magazine rifles.

It is worth emphasizing the superiority of the Garand rifle. The world's first automatic rifle, adopted by a specific army, was the Mexican rifle Manuel Mondragona in 1907 year. The armies of many countries fought with this rifle, in total more than 1,5 million units were produced.

The Garand rifle became the world's first automatic rifle, adopted as the main infantry weapon, completely replacing the Springfield 30-06 rifle in the army.

In the world, the M1 became only the third after the mentioned Mondragon rifle and the Soviet ABC-36.

A total of about 1945 million M4 rifles were produced by the Springfield arsenal and Winchester before 1.

A lot of time passed from the presentation to the adoption in 1936. A rifle finishing took another 5 years, and mass production for the army began only in the 1941 year. And in 1943, the US Army became the first army in the world fully equipped with automatic / self-loading weapons. 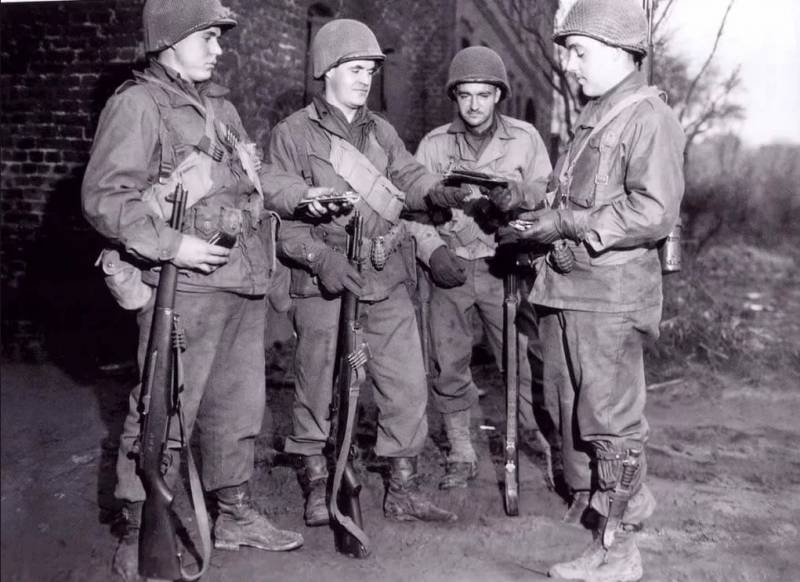 Quite a long period of refinement did its job: the rifle was recognized successful, moreover, its design was attended by knots that even today are signs of a modern weapon: a return spring in the gas piston tube, blocking the bore by turning the bolt.

The only criticism was the impossibility of recharging the rifle during the battle, since the design of the cartridge pack on the 8 cartridges, which was thrown out of the store after the ammunition was completely consumed, did not allow this. 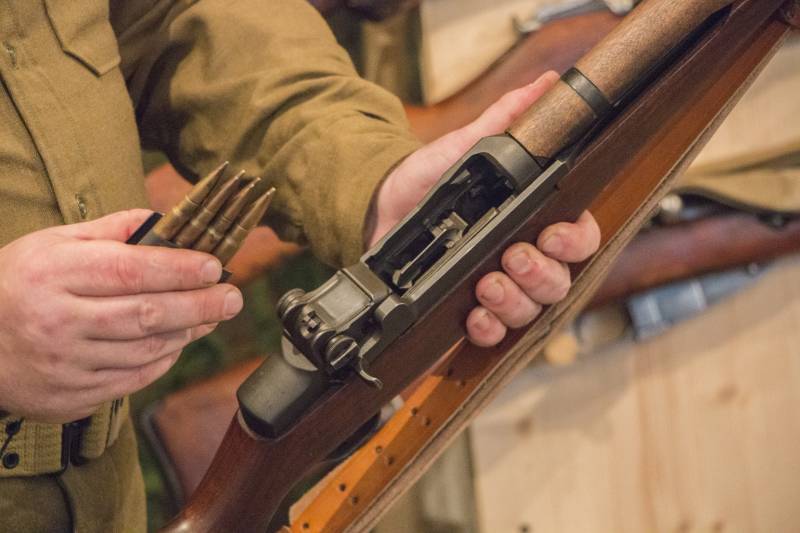 The rest of the M1 has established itself as a reliable and effective weapon. First of all, this is confirmed by the absence of any serial modifications, except for the sniper versions M1C and M1D. But these were the limited-edition versions adopted by the 1945 year.

Andrey Bondar from the Infantria historical reconstruction club will tell about the rifle device.

During the war, attempts were made to equip the M1 with a shorter barrel with a conventional wooden or folding metal butt, but they did not go beyond the scope of the experiments.

The rifle was completed with a bayonet. 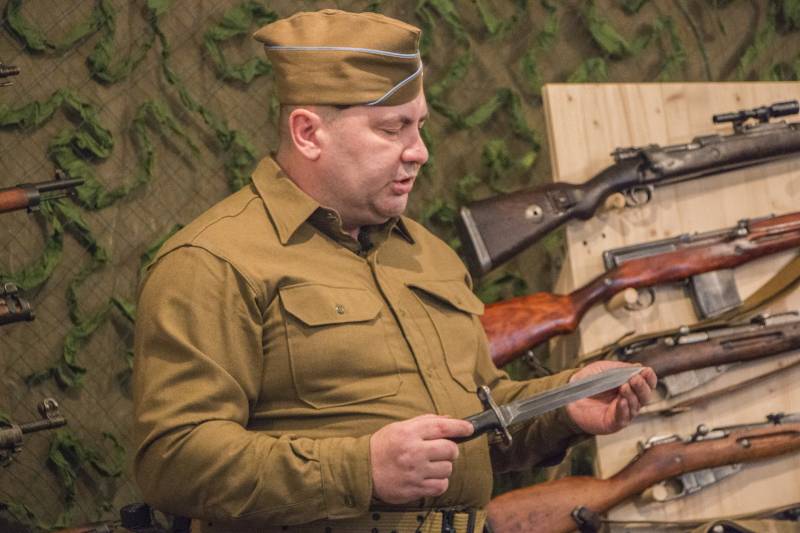 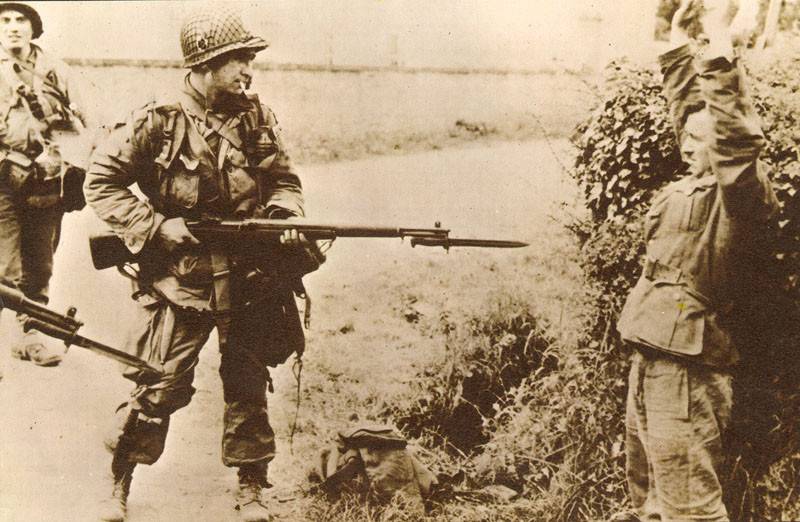 At the end of the Second World Edition of M1 rifles in the United States was discontinued, and the rifles that were in stock very quickly sold off to other countries.

With the outbreak of the Korean War, the production of M1 rifles was resumed. For this, in addition to Springfield Armory, Harrington & Richardson and International Harvester Company were involved.

The release of the M1 rifle continued from 1952 to 1957 the year when the M14 rifle was adopted in the United States. However, the M1 rifles were in the army right up to the 1960s and even managed to catch the early period of the Vietnam War, and later were partly transferred to the US National Guard.

A small number of M1 rifles are still used in the US military as a parade weapon.

Ctrl Enter
Noticed oshЫbku Highlight text and press. Ctrl + Enter
We are
Small arms: new models and new contractsAIF rearmament program news (France): search for a replacement for FAMAS is coming to an end
104 comments
Information
Dear reader, to leave comments on the publication, you must to register.