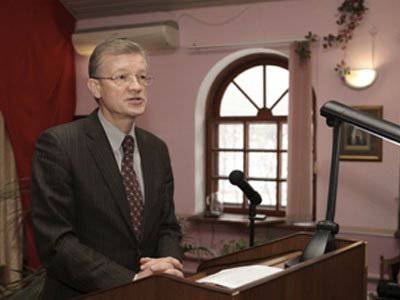 With the Russian consciousness is irreparable. Philosophers and sociologists call this a socio-cultural mutation. It has the same detrimental effects as a biological mutation, as a result of which the organism susceptible to mutation, as a rule, dies either by itself or under the influence of the environment. A mutation is a failure in the body's defense system when, as a result of systematic external influences, it ceases to cope with the elimination of the damage caused by it. If mutations go to the genetic level, it threatens a genetic catastrophe.

But I am not talking about biology, but about the film Four Days in May, which was released late last year and is being actively promoted today in the Russian rental. The main idea of ​​this film, for all the sophistication of the script, is simple: the “good” soldiers of the Red Army, of whom the minority in the film, together with the “good” Nazis protect the German orphan girls from the “bad” soldiers of the Red Army - the rapists. And the latter, in the film, the majority. The writer and director of the tape is German 1968, born, his position, especially considering the age, is in principle understandable, although it cannot be accepted under any circumstances. The reservations of the advertising campaign unfolded around this film about the "protection of universal human values", "reconciliation", the border that "does not pass between one's own and others', but between good and evil" and other such verbiage cannot be accepted either. Let all of its creators leave for those who do not remember and do not understand who he is in this world, to which people he belongs, what massive informational and psychological warfare is being waged today against this people and the whole of our country as a whole.

As in the case of other similar diabolical slanders like the movie "Bastards", the authors of "Four Days ..." have no documentary evidence of their authenticity "stories". The most" actual "basis of this film is a publicly proven lie. And there can be no such evidence for many reasons. At least for the fact that the lawlessness of the major criminal would be instantly stopped by those very special persons whom Russian anti-Russian cinema has for many years shows as either perverted sadists, or, at a minimum, those who “prevented from fighting.” And the Soviet militant captain would not have put dozens of Russian soldiers as his henchmen for the Nazis in order to show their “universal humanity”.

That is why the pain and anger is caused by the fact that in this filthy libel on the Great Patriotic War, in memory of our fathers and grandfathers, in their participation in the mortal battle with the enemies who came to our land to destroy our people, Russian actors and one of them, Alexey Guskov, also acted as a co-producer of this tape. I was particularly struck by Andrei Merzlikin, who recently played a very high quality in the beautiful film “Brest Fortress”. Did not the conscience stir? Be that as it may, the true Russian-Belarusian “Brest Fortress” in the West will never see the rental, but the “Four Days in May” will be actively demonstrated.

From a philosophical perspective, speaking of “Four Days”, one could reflect on such concepts as “postmodernism”, “transgression” (the limit of which is precisely the pleasure of desecration of shrines), “ambivalence of filth - holiness” and the like. But I will not do this now, especially as a socio-cultural mutation, on the one hand, and loyalty to the tradition, on the other, are thoroughly analyzed in the recent book of my colleague Vitaly Averyanov, which I advise everyone who is interested in this issue to carefully read .

What to do with this transgression as part of anti-Russian and anti-Russian semantic aggression? In my opinion, the reaction time mainly in the form of indignation, condemnation, admonitions, exhortations, and so on, has passed. All this is necessary, but without concrete actions we cannot stop the targeted campaign to destroy our national core and undermine national immunity. If we cannot stop it, then we ourselves will lose the right to be called Russian people. I would suggest thinking about specific actions. For example - about the boycott of film production with the participation of those who made this film and starred in it. And what do you think?

PS Media reported that this film was partially funded by the Russian Ministry of Culture in the amount of 50 million rubles.