Media: Turkey and Russia signed a loan agreement for the purchase of C-400

December 29 2017
130
Turkey and Russia signed on Friday a loan agreement on the purchase of C-400 complexes. This was reported by Haber Turk.
The signing of the agreement took place in Ankara.


Earlier, the Hurriyet newspaper reported that Ankara would pay part of the amount for the complexes on its own, and take a loan from Moscow for another part. Turkish President Tayyip Erdogan said that the agreement involves a loan in rubles, which is beneficial for Ankara. 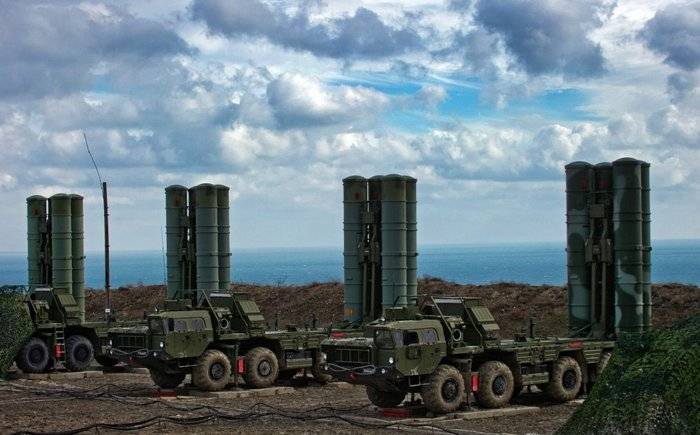 December 27 reported that Ankara fully agreed with Moscow on an agreement to acquire four divisions of the C-400 air defense system. Sergey Chemezov, Director General of Rostec State Corporation, 2 November, said that the contract amount exceeds $ 2 billion. According to Ismail Demir, the deputy head of the secretary of the defense industry of Turkey, the delivery of systems will begin within two years.

Long-range air defense systems S-400 Triumph (developed and manufactured by the Almaz-Antey concern) is designed for highly effective destruction of strategic and tactical aircraft aviation, ballistic missiles, hypersonic targets and other means of air attack in the conditions of electronic and other types of counteraction.