December 29 2017
48
Canada has recently approved the delivery of arms to Kiev, the United States can follow its example, but do not forget that for the past 2 years, specialists from these two countries have been training soldiers of the Ukrainian army, the French newspaper Le Figaro writes. Article leads InoTV. 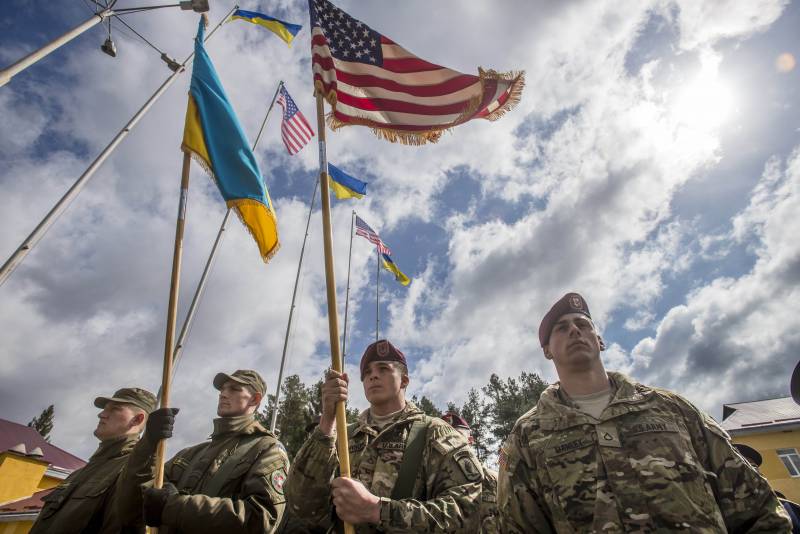 ““ The first squad, here, is being built! The second is there. The translators, let's go, ”commanding the senior sergeant of the 45 th Infantry Brigade of the Oklahoma National Guard, Jeff Leggett. In the meantime, his charges “neutralize the enemy” in the house, in a strange way reminiscent of Donbass, even though he is more than a thousand kilometers away, ”the newspaper reports.

Everything is here to learn. Tomorrow there will be exercises again, twice, three times. In the wild,
says Leggett soldiers APU. The action takes place at the Yavoriv training ground, open to NATO forces.

Many Ukrainian soldiers here are familiar with the war in the Donbass, the newspaper said.

It's never too late to learn. We still have much to do to reach the level of Americans. In particular, of course, we need new officers,
25-year-old Sergei from the 72 mechanized brigade, who participated in the battles of Slavyansk and Debaltsev, told a journalist.

In 2015, the Ukrainians asked for help - and the Canadians were the first to tell them yes. This is the fifth shift. There have already been about a thousand Canadian military. We were tasked to develop a training program for the non-commissioned officers of the Ukrainian army,
told the assistant commander of the 2 of the Canadian Mechanized Brigade, Major Jeff Day.

According to him, today Ukraine has to deal with a hybrid war, and the duty of foreign instructors is to share the experience they gained in Afghanistan.

Most of our players also have combat experience. This is a professional military, competent and eager to learn. They really want to learn, because some have seen with their own eyes how their coworkers die,
said Canadian instructor Sergeant Raul Zahara.

He noted that “according to the Russian tradition, all decisions come from the officers above, while in Canada personal initiative directly on the battlefield is highly valued.” In the meantime, “in the coming 10-15 years they (Ukrainians) are not ready to join NATO,” the sergeant adds.

It is very interesting to see how the Americans organize their work, relations with subordinates, with what enthusiasm they take on the matter. Here our military tradition of Soviet origin is absolutely out of place. In fact, there were no ranks in the Red Army that would act as intermediaries between high leadership and soldiers directly - hence alcoholism and other vices. Today we want to change the model and stop trying to bend a person under the system.

As the Americans say, the servicemen of the Armed Forces of Ukraine have become more prepared.

In less than a year, I saw a significant improvement in their level of training. Their instructors and non-commissioned officers are more serious. Their leadership begins to see interest in sending the best soldiers here. It's great that they are engaged in all these transformations, while fighting in a real war,
said the officer of the 45 th Infantry Brigade of the National Guard of Oklahoma Kyle Christopher.

Ctrl Enter
Noticed oshЫbku Highlight text and press. Ctrl + Enter
We are
Weekly summary (30 January-5 February) on the military and social situation in the DPR from the military officer "Mag"
Military Reviewin Yandex News
Military Reviewin Google News
48 comments
Information
Dear reader, to leave comments on the publication, you must sign in.