December 29 2017
55
All frigates under construction in Russia during 2018 and 2019 will be equipped with domestic engines developed by ODK-Saturn as part of the import substitution program, said a spokesman for the United Engine Corporation. 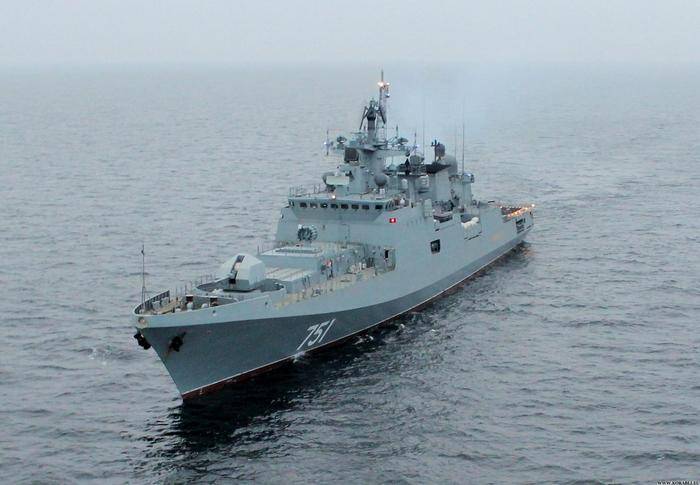 Earlier, the head of the Baltic Shipbuilding Plant (PSZ) "Yantar", on which the 11356 frigates are built, Eduard Efimov said that the fate of the second three ships of the "admiral" series was suspended pending the Russian-made engines or other decisions of the customer. The same situation is with the frigates of the project 22350.

At present, UEC-Saturn PJSC has completed three development activities - to create engines of various capacities for the Naval fleet. In the next two years, obligations to supply serial diesel-gas-turbine and gas-turbine units are to be fulfilled.
- leads RIA News the words of the interlocutor of the agency.

The construction of the second trio of frigates for the Black Sea Fleet was suspended due to the absence of power plants that were previously supplied from Ukraine. The construction of gas turbine engines for these frigates was mastered and is currently being carried out at the facilities of the ODK-Saturn enterprise.

The ships of the first three frigates of the 11356 project "Admiral Grigorovich", "Admiral Essen" and "Admiral Makarov" are already in service of the Black Sea Fleet

Ctrl Enter
Noticed oshЫbku Highlight text and press. Ctrl + Enter
We are
Construction of the 11356 frigates stopped due to lack of enginesThe lack of engines and the prospects of military shipbuilding
Military Reviewin Yandex News
Military Reviewin Google News
55 comments
Information
Dear reader, to leave comments on the publication, you must to register.