January 9 2018
23
The widespread fame of the American company Cobray Company brought a number of ambiguous and even ridiculous projects of small weapons. Its few own developments differed in an ambiguous look and, to put it mildly, specific capabilities. One of the results of such engineering activity was the Cobray Ladies Home Companion revolver, capable of claiming the dubious title of the strangest sample in its class.


It should be recalled that initially the Cobray company did not have its own design office. The business strategy of its creators included the purchase of licenses for the production of weapons of someone else's development. In some cases, it was planned to entrust the manufacture of individual units or even the assembly of a part of the samples to a subcontractor - SWD Inc. (Atlanta). Later, the company tried its hand at developing its own projects, and the results of such activities turned out to be at least ambiguous. Her Terminator single-shot rifle is often referred to as the worst shotgun in stories. 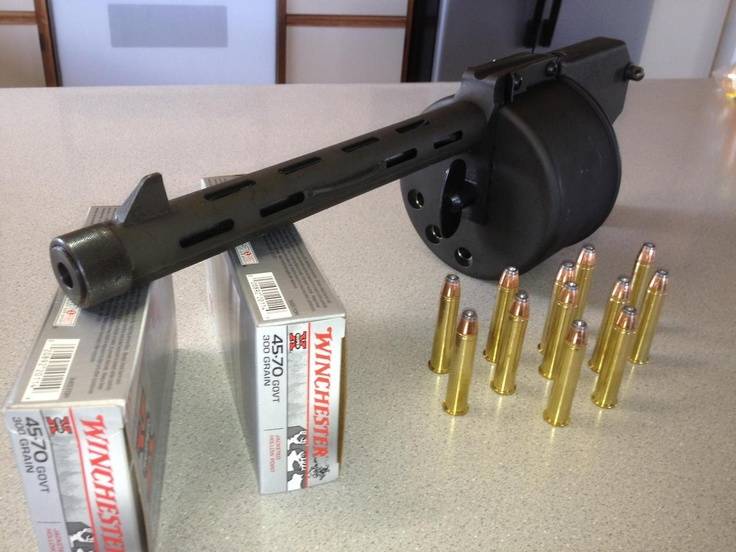 One of the licenses for the production of weapons firm Cobray Company acquired from the South African company Armsel. The signed agreement allowed the American company to produce striker-type revolver guns. Cobray agreed to release them and transferred the necessary documentation to the SWD plant. The American copy of the Stryker was given the name Streetsweeper ("Street Sweeper"). In the course of preparation for production, the initial project was slightly modified in the direction of simplification from a technological point of view. Among other things, this led to the loss of unification of the two types of guns.

Streetsweeper guns were made for several years, but in the early nineties they had to be turned off. The controlling bodies of the United States attributed the Armsel Striker system and its copies to the category Destructive device. As a result, the acquisition and use of such weapons required special permits, which sharply hit its commercial potential. Cobray and SWD were forced to stop selling licensed rifles.

Wanting to keep production and still make money on a failed project, the leaders of “Kobray” made a more than original proposal. They decided to abandon the release of a gun, no longer having commercial prospects, and instead put in the series a product with a different caliber and updated technical appearance that meets the requirements of the law. In terms of classification, the new model turned out to be a revolver. In this case, the product was to be based on the design of a Streetsweeper rifle. 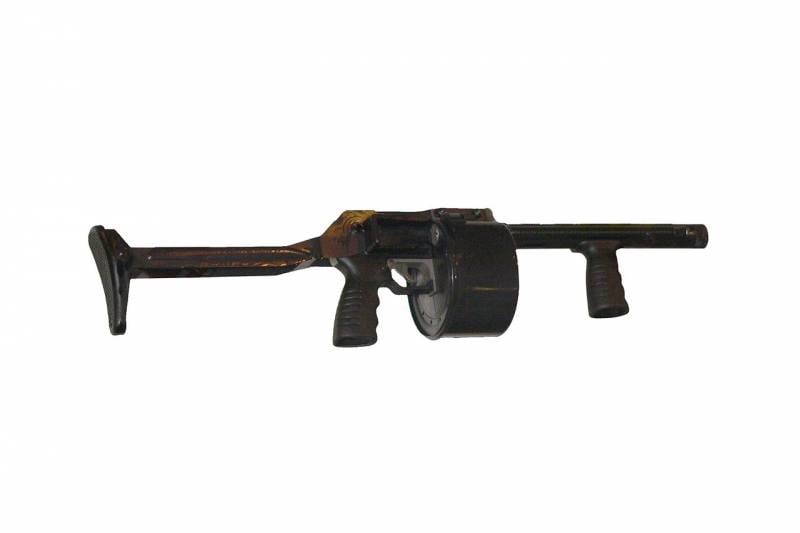 A promising model for the civilian market had to repeat the shotgun out of production as much as possible and use the same components. Only a few details should be performed again, which were assigned the task of direct interaction with a new type cartridge. The unitary rifle cartridge .45-70 Goverment was chosen as the new ammunition.

In addition to the use of other ammunition, a new project envisaged certain improvements to the barrel and accessories of a gun. According to the results of such changes, the product had to meet the American requirements for pistols for the civilian market. Thus, a reduced rifle cartridge rifle using an ammunition drum was legally turned out to be a revolver. Preservation of the main aspects of the "gun" ergonomics in combination with other factors provided such a revolver not the best glory.

Apparently, the creators of an unusual revolver were few technical differences, and therefore they came up with a very original name for the new product. The revolver was designated as the Ladies Home Companion - "Home Companion for Ladies." Probably, this name was supposed to represent a new revolver as an elegant means of self-defense for women. 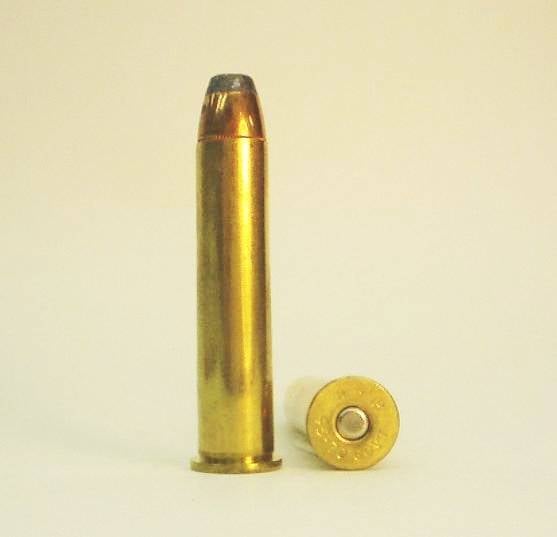 The Cobray Ladies Home Companion project provided for the widest possible use of off-the-shelf components, previously produced for the Sweeper. As a result, the outwardly new revolver should be as close as possible to a shotgun removed from production. At the same time, the authors of the project had to modify some components. Thus, the updated product has received a less long barrel, and also lost the butt. According to the results of such improvements, the product was able to fit into the legal framework and denoted as a pistol.

The characteristic layout that was used in the Striker project was retained. In front of the weapon there was a perforated tubular barrel cover, behind which there was a fixed drum magazine, covered with its own cylindrical cover. Directly behind the store was a box-shaped casing of the firing mechanism, made integral with the pistol grip. The stock on the Companion was missing. The drum casing was made of aluminum. Barrel casing and power elements were made of steel. The body of the trigger mechanism and the handle are made of plastic.

Curiously, almost all the external details of the new revolver were borrowed unchanged from the base gun. The only serious difference between the exterior was the lack of a butt and a vertical front handle located under the barrel cover. All other improvements affected only the internal parts of the weapon.

The smooth barrel of the 12 caliber used in the original design was removed. Instead, it was necessary to use a new part with an internal channel with a diameter of 0,45 inch (11,63 mm). Such a trunk was distinguished by a smaller length and was completely placed inside its casing, not protruding beyond its front cut. The barrel mounted motionless. To protect the shooter, a large tubular barrel cover was retained. In its walls there were longitudinal slots for the supply of cooling air. On the bottom right of the casing there was a tube inside which a spring-loaded pusher moved. With its help, it was proposed to knock out empty sleeves from the drum.

The general principles of work and all the details of the drum Streetsweeper rifles were unchanged transferred to the new project. At the same time, some new units were needed. The drum's 12 chamber, originally designed for 12 caliber cartridges, was filled with special inserts. The internal channels of the latter served as a chamber for the .45-70 cartridges. Ammunition still consisted of 12 cartridges. The drum retained the old drive with a coil spring. The latter was cocked with the help of a large handle, placed on the front wall of the drum casing. Under the action of the spring, the drum had to rotate around its axis, preparing the weapon for a shot.

In the front wall of the drum casing, at the level of the movable pusher, there was a hole. It was proposed to equip the drum through the window in the rear wall of the casing. At the time of shooting, it was covered with a movable cover. It is curious that the dimensions of this window, originally calculated for the cartridge of the 12 caliber, did not change during the development of the revolver. This allowed the launch of a new weapon without restructuring the production of parts.

Revolver "Home Companion" retained trigger mechanism, created even for the Striker rifle. It was a double action device. When you press the trigger cocked the trigger followed by a descent at the end of pressing. Simultaneously with the cocking, the USM unlocked the drum and, under the action of the spring, turned on the 30 °, bringing the new cartridge to the barrel. After that there was a descent. For safe operation the weapon had a safety lock. His buttons were placed directly behind the trigger and, depending on his position, blocked his movements.

The new weapon retained the old aiming devices that did not allow firing with high accuracy. In the muzzle of the casing of the bolt was installed pyramid-like front sight of great height. The jumper between the barrel cover and the body of the trigger, placed above the magazine, had a longitudinal groove, which served as the rear sight. Such a sight allowed us to obtain acceptable accuracy rates when shooting with a shot, but in the new project it looked ambiguous.

During the development of the Cobray Ladies Home Companion project, the dimensions of the weapon were adjusted to the existing legal restrictions, and therefore the weapon could be considered a revolver. The total length of the order of 400-450 mm did not interfere with such a classification. The mass of the product at the level of 4 kg (excluding ammunition) also did not contradict the requirements for the category of pistols and revolvers. 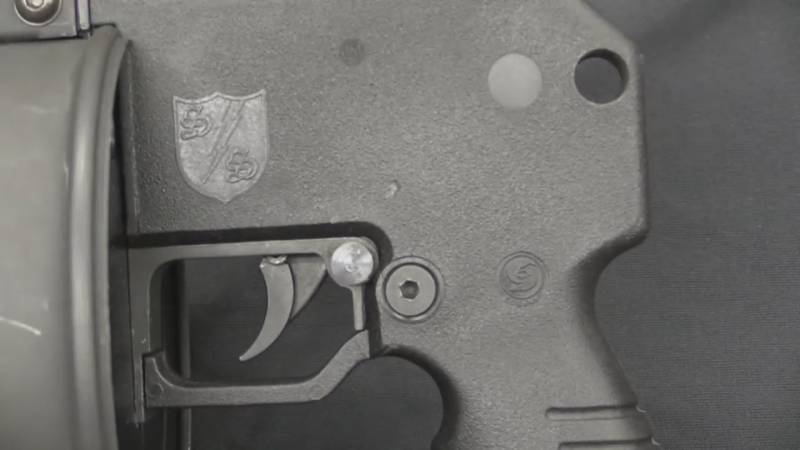 The available rifle cartridge in combination with a medium-length barrel allowed firing at ranges of up to several tens of meters. However, the lack of normal sights significantly reduced the effectiveness of such shooting. Rate of fire was determined solely by the physical capabilities of the shooter. The Companion, like other weapons of the Striker family, was extremely tightly descended. Thus, the rate of fire depended solely on how quickly a person can press a tight trigger into the handle.

The original Ladies Home Companion revolvers went into series in the early nineties. The SWD plant in Atlanta, which earlier rolled up the Sweepers' release, became a platform for mass production of these products. The existing technological lines and the groundwork for the details were involved in the production of new unusual revolvers. The relatively massive assembly of such weapons lasted for some time, after which it was stopped.

Probably the main objective of the Ladies Home Companion project was to use the available lines and the parts produced with the greatest benefit. Already released units could be remade, assembled into ready-made weapons and sent for sale, and the process lines did not need new adjustment and restarting. However, because of this, it should not be surprising that the new revolver lacked any consumer benefits. 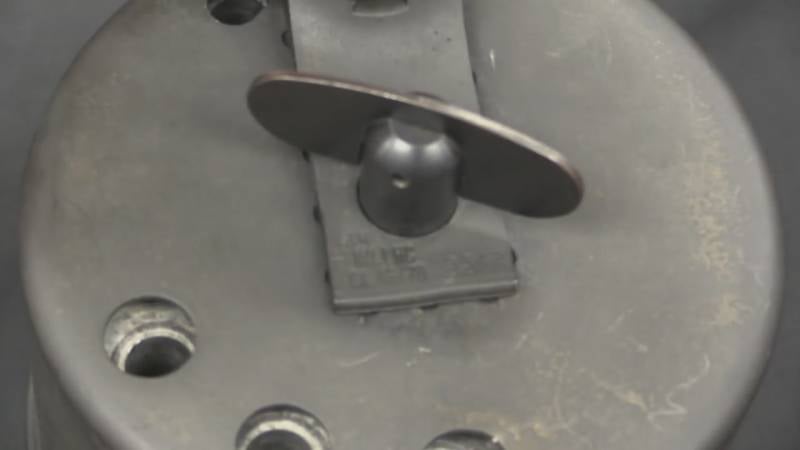 The Home Companion for Ladies was unacceptably heavy and large for a revolver. He used an overly powerful rifle cartridge, but he could not properly realize his potential. Ergonomics also left much to be desired: despite the powerful cartridge, the product did not have a butt, and it had to be held by the heated barrel casing. Hard descent also did not facilitate the shooting. Finally, work with the store was different complexity and duration.

It is hardly surprising that an unusual revolver with specific characteristics and capabilities could not interest buyers. Due to the absence of the desired demand, the production of such weapons quickly turned. A number of Cobray Ladies Home Companion products were sold, but this could not be considered a commercial success. According to various sources, no more than a few hundred revolvers were sold.

A significant part of these products still exists, but now they are mostly exhibits of private collections. “The most terrible revolver in the world” is of particular interest, even if not associated with the use for its intended purpose. It is noteworthy that at gun auctions, used Ladies Home Companion in good condition is sold at a very substantial price - up to several thousand US dollars.

Legislative restrictions did not allow gunsmiths from the Cobray Company and SWD Inc. to produce curious guns of revolving type, and they began to look for a way out of the existing situation. Such a solution was the alteration of a gun to a revolver. For obvious reasons, a new weapon of this kind could not count on great success, but still managed to a series and even attracted the attention of buyers. Nevertheless, time put everything in its place. Not the most successful model of weapons, created on the basis of an already specific design, took its place in history and added to the list of technical curiosities.