The source noted that the tasks were fully implemented, the test program was fully implemented
- said in the publication. According to the source, "the mine launcher and the rocket worked out normally." 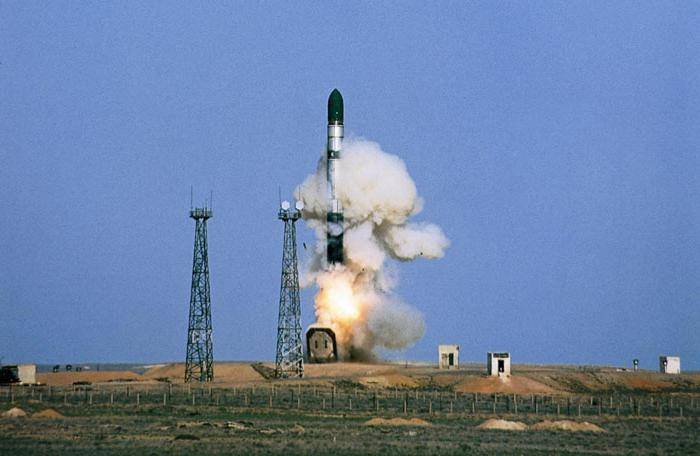 Earlier, Deputy Defense Minister Yury Borisov said that work on the Sarmat strategic missile system was being conducted in a planned manner.

Sarmat is a liquid intercontinental rocket, which carries a fairly large amount of payload, has a launch range comparable to the Voivode, but it takes less time to overcome the active part of the trajectory due to a very good energy.
- said the deputy minister

The missile defense system of a potential enemy will be much harder. It will be a good splinter for him.
- Y. Borisov reported.

According to experts, the Sarmat ICBM RS-28 will be able to deliver a divided warhead weighing up to 10 tons to anywhere in the world, both via the North Pole and the South Pole.

As expected, the serial deliveries of the Sarmatov to the Strategic Missile Forces (RVSN) can begin in the 2019 year.

By throwing tests is meant pushing an MBR cargo launcher out of a silo launcher due to the actuation of a powder pressure accumulator to a height of 30 meters, on which a sustained propulsion unit of the first rocket stage will be launched during a normal launch.

Ctrl Enter
Noticed oshЫbku Highlight text and press. Ctrl + Enter
We are
Nuclear potential of China: history and modernity. Part 1
36 comments
Information
Dear reader, to leave comments on the publication, you must to register.