Su-25 attack aircraft returned to Kazakhstan after modernization in Belarus

December 29 2017
35
After the repair and modernization of the enterprise 558 Aircraft Repair Plant (Baranavichy, Belarus), a batch of Su-25 attack aircraft arrived in Kazakhstan, reports Interfax-AVN. 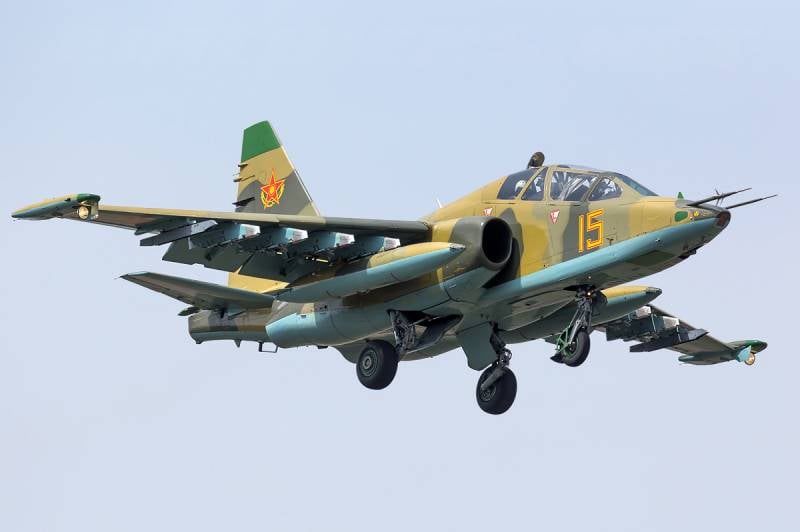 At the beginning of the year, the arrival of three more repaired attack aircraft is expected.

The total number of Su-25 planes delivered to the Air Force after modernization and repair will allow them to fully perform the tasks of protecting the air borders of our Motherland,
says the release of the Ministry of Defense of Kazakhstan.

“The Su-25 attack aircraft has high combat survivability, can deliver combined strikes, while striking a variety of targets and objects with different aviation weapons of destruction, which greatly enhances its combat power. High maneuverability in combination with a relatively low flight speed allows you to deliver accurate attacks on targets, including in mountainous and hilly areas, ”the department noted.

In total, an attack aircraft can be equipped with more than 30 types of weapons, depending on the type of tasks being performed.

The press service added that “in recent years, the Kazakh Air Force has been replenished with the most modern Su-30CM combat aircraft, new Mi-171Sh transport and combat helicopters.” Earlier, C-295 military transport aircraft and Mi-35M helicopters were acquired.

Almost all aviation equipment of our Air Force has been repaired and modernized, the report underlines.

Ctrl Enter
Noticed oshЫbku Highlight text and press. Ctrl + Enter
We are
The Belarusian Air Force faces a shortage of combat wings
35 comments
Information
Dear reader, to leave comments on the publication, you must to register.