A batch of upgraded T-72B3 entered the Central Military District

December 29 2017
15
Lot of 16 upgraded tanks T-72B3 entered service with the motorized rifle brigade in the Orenburg region, the press service of the Central Military District, addressed to the Military Review, said in a statement. 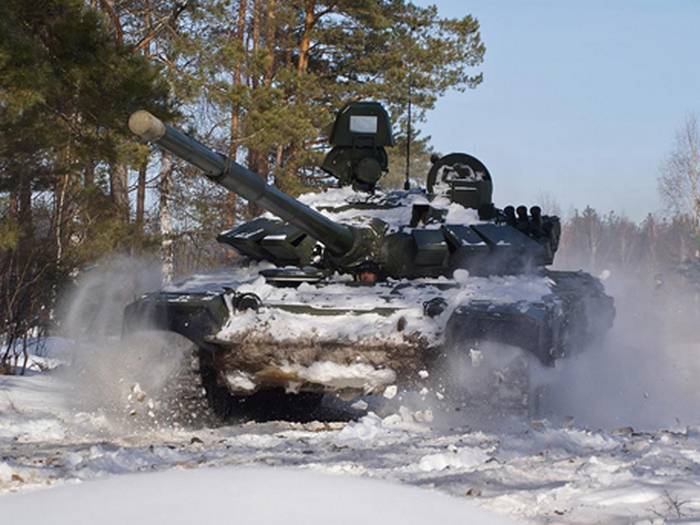 The second guards combined-arms army was reinforced by 16 deeply modernized T-72B3 tanks. They acted within the framework of the rearmament of a motorized rifle brigade deployed in the Orenburg region
- Reported the press service.

The district noted that the T-72B3 tank is equipped with a digital chassis control system, which provides automated control of the power plant, transmission and automatic gear shift modes. The tank is equipped with an 125-mm cannon and two machine guns to destroy enemy personnel and low-flying targets. Equipped with a Sosna-U sight with automatic target tracking and a thermal imager. A weather sensor and a modern ballistic computer are installed.