Farewell to the Hague judgment!

December 30 2017
54
Together with the outgoing year, one of the most odious "organs of justice" - the so-called International Tribunal to Investigate War Crimes in the Former Yugoslavia (ICTY) - leaves the arena. False Themis goes into retirement, leaving behind a false mark of concocted accusations against the Serbs. 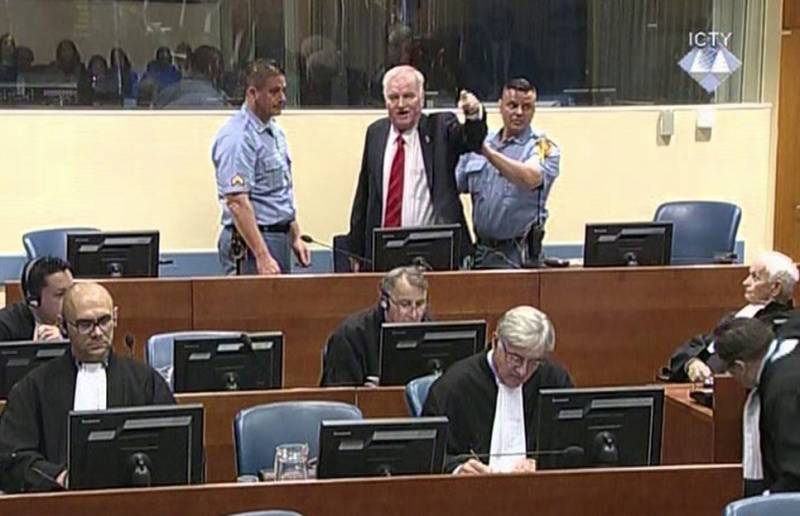 The Hague Tribunal broke the fate of some people and destroyed others in their dungeons. Justify the most odious anti-Serb war criminals. His activity was accompanied by numerous scandals. In theory, he should have been subject to dissolution a long time ago, but he had too high-ranking owners.

December 21 in the building of the Parliament of the Netherlands held a farewell ceremony with this "court". It was attended by the Dutch king, UN Secretary General, and, of course, judges and prosecutors. Was they happy? Hardly - the luxurious manger closes. 31 December, it will completely stop its work. Of course, those who did the dirty work are already generously rewarded, but who wants to lose a warm place? Nevertheless, the executioners, as they say, walked on the corporate party, and their victims - those who were sentenced and are behind bars - definitely not fun.

Now, instead of the ICTY, there will be its “stub” - the so-called “International Residual Mechanism of Criminal Tribunals” (MOMUT). This body will complete those cases that are not considered by the Hague Tribunal. He will consider the appeal of the Bosnian Serb army commander Ratko Mladić, sentenced to life imprisonment. This strange entity will have to consider the lawsuit of Vojislav Seselj, who has been in prison for about 12 years and, as a result, justified, about compensation for physical and moral harm. And other appeals will fall into this dubious mechanism. But one can hardly expect justice from this pitiful "organ". Like his “big brother” ...

The Hague Tribunal began with a farce, and ended in tragedy. It was created by the UN Security Council, although the UN General Assembly should have considered this issue (the Security Council cannot transfer judicial powers to anyone).

It is now on some issues the UN Security Council can take more fair decisions than the General Assembly. Because Russia finally remembered who it is in the world. The Security Council has the right to veto, and the General Assembly makes decisions by a majority vote. And then, in the 1993 year, when the Hague Judgment Court was created - complete unanimity reigned in the Security Council. The then leadership of Russia tore long-term ties with those countries with which the Soviet Union cooperated for decades, and took almost all decisions of the West. And China did not dare to go alone against the rest. Thus, there was no one to oppose the creation of a deliberately biased pseudo-judicial body.

And then it was still unknown how the case will turn around. The main crimes of the United States and NATO against the Serbs were still ahead - and the bombing of the positions of the Bosnian Serbs, and the barbaric aggression against the Federal Republic of Yugoslavia, and the organization of the “bulldozer revolution” in Belgrade.

No one yet knew that a body that is called upon to judge all parties to a conflict would become openly anti-Serb. That the punitive system will deal with all Serbian leaders, but it will show unexpected softness to the most senior leaders of other parties to the conflict - the Croats and the Bosnian Muslims, and then to the Kosovo Albanians.

Until now, the land of Serbia feels the consequences of the NATO 1999 bombing of the year. It is now saturated for years with depleted uranium, from which its inhabitants have an increased risk of cancer and genetic diseases. But the leaders of that monstrous aggression — and now they are well and are free.

As for the head of the Federal Republic of Yugoslavia, Slobodan Milosevic, who dared not to flee from his own country, did not accept the ultimatum, but tried to defend the Serbian land - his fate is also known ... And this example alone shows the whole rapacious essence of the Hague Tribunal, which created such a system, which, with external well-being, could kill any prisoner who desperately resisted and did not go to any deal.

There was a case of Vojislav Seselj, a politician who ended up in The Hague just because he could have won the presidential election. And this was extremely unprofitable for the puppet "government" that came to power after the "color revolution". After serving in prison without a sentence of approximately 12 years, he was fully acquitted.

Over the past two years, we have seen the condemnation of the leaders of the Bosnian Serbs - Radovan Karadzic and Ratko Mladic - for periods exceeding reasonable limits. Especially, if we take into account the age of these people, the capture of which was considered in The Hague - and not only in it - as a “great victory of democracy”. The Chief Prosecutor of the ICTY, Serge Brammertz, was frank on the air of UN Radio: "If you recall one, the most important point, for me it was a phone call when I found out that Mladić was arrested." They rejoiced when they received a man at the age of 70 years old who suffered a heart attack and two strokes.

And the ICTY chief judge, Carmel Agius, said: “The creation of the tribunal was the only emergency measure that the UN could offer - not just to let the warring parties know that they would be held responsible for the crimes committed. It was created because it was impossible to allow war crimes and crimes against humanity to be committed with impunity. ”

That, however, is the problem that war crimes and crimes against humanity went unpunished. That Ramos Haradinaj and Hashim Thaci still walk free, although even the former ICTY chief prosecutor Carla del Ponte caught them in selling organs seized from the Serbs. These people, the leaders of the terrorist organization “Kosovo Liberation Army”, in fact, are no better than Bin Laden or Al-Baghdadi. But they did the dirty work of liquidating the Federal Republic of Yugoslavia, so the Haradinai was acquitted by the Hague Tribunal, and the case against Thaci wasn’t even initiated.

The crimes of one of the most brutal warlords of the Bosnian Muslims, Naser Oric, remained unpunished. It was he who, with his thugs, slaughtered the population of Serb villages. Then the Serbs took Srebrenica, and at least this slaughter of the Serbs stopped. But the Serbs themselves were already accused of "genocide", and the very name of Srebrenica became a symbol of "Serbian cruelty." About the brutality of gangs of Bosnian Muslims, few remember. Of course, the Bosnian Serbs are remembered, but their voice is lost. They are not heard, because with the help of this Hague Tribunal, the West created its own version of what was happening in the Balkans.
ICTY is leaving. His masters, his creators, his patrons remain. They will certainly continue to insist on their “truth” that the Serbs were the main war criminals, that NATO’s aggression was not at all aggression, but “humanitarian intervention” (and the worst thing in this situation is that such a “humanitarian act” may at any time repeat against anyone).

But there is another truth. True, Slobodan Milosevic, who clearly and competently proved the falsity of this tribunal and paid for it with his life. 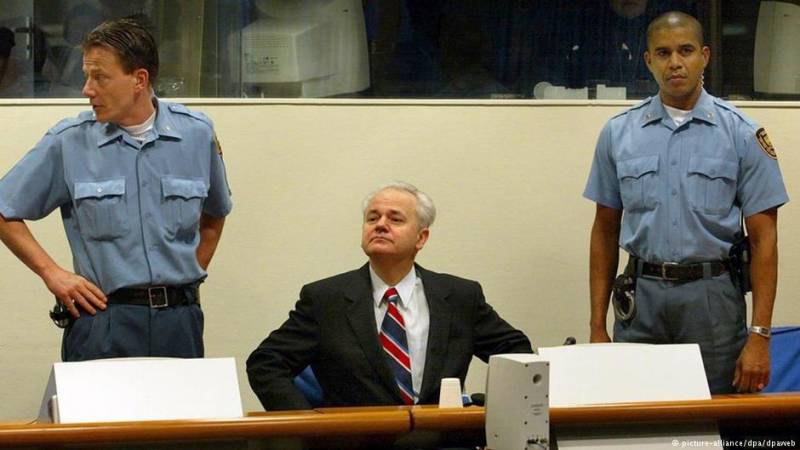 True Voislav Seselj, who was luckier - he not only won, but also survived. True, Ratko Mladic, whose state of health is now causing great concern, but who refused to plead guilty. And even - the truth of the Croat Slobodan Pralyak, who committed suicide right during the court hearing, because, like the Serbs, he felt the falsity of this system.

And, of course, the truth remains of those unknown, who lie in the graves as a result of the bombing of Yugoslavia - the most important war crime, which did not fall under the jurisdiction of the fake western Themis.

Ctrl Enter
Noticed oshЫbku Highlight text and press. Ctrl + Enter
We are
European concentration camp in The HagueThe Hague Tribunal acquitted Vojislav Seselj on all counts
54 comments
Information
Dear reader, to leave comments on the publication, you must to register.